How My Family Turned a Soviet Nightmare into an American Dream

My parents chose freedom over poverty and dependence and you can too.

On January 15, 1976, we landed in New York with wide eyes, fear of the unknown, but excited about the possibility of a better life in America. My parents (Felix and Marina Davidovich), my grandmother (Ida Davidovich), and I (a baby) had no family in the U.S., no job prospects, no language, and practically no money. We were allowed to bring one small suitcase per person and one box (2 cu ft) which was shipped by boat almost one year after our arrival.

Our family had a total life savings of $650.00. The rest of our family, friends, and life as we knew it was all left behind in the Soviet Union (Ukraine today). It was the most difficult decision my parents ever had to make. But living enslaved under Communism and anti-Semitism was not living at all; it was merely struggling to survive. Marina relates,

“Every day, every minute we saw and experienced unbelievable differences between the Soviet Union and the United States. How uninformed and brainwashed we were in the USSR. We had to learn how to bank, how to shop, how to live life where we can make choices!”

In the Soviet Union, people were told what to do, where to live, where to work. You had no choices to make because the government planned everything out for its citizens. Words cannot express the culture shock experienced by those who have never had the opportunity to live by their own volition.

But thanks to private organizations such as the National Council of Jewish Women (NCJW) and the Hebrew Immigrant Aid Society (HIAS), volunteers helped with our transition to American life including helping us find an apartment, find English language classes, learn how to grocery shop, find jobs, etc. 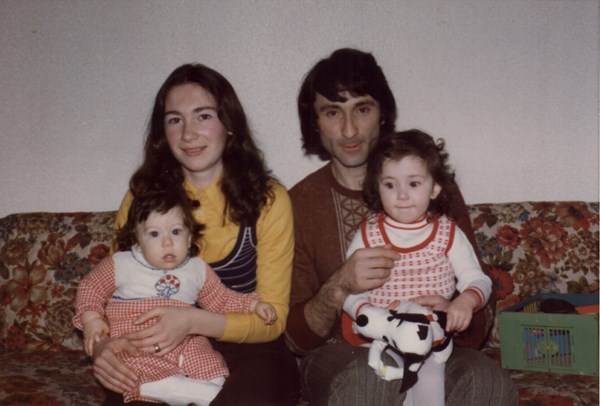 The donations of clothing and household items were more than we ever dreamed and this outpour of compassion and generosity brought my mom tears of joy. It didn’t take long before we had the basic necessities to live so we could jump right in and get started with realizing the American Dream. It was now up to us to choose the road that would lead our family to prosperity.

He knew that once you gave in to a life of depending on government, it would be extremely difficult to break out.

One day, a volunteer took my parents to the local welfare office and my parents were horrified at what they saw. It reminded them of a Soviet government office which was always a terrifying experience. They wanted nothing to do with what reminded them of the Soviet system of bureaucracy from which they had just escaped.

At the time, immigrants were not encouraged to collect welfare. However, today the American entitlement system is heavily promoted as part of the immigration process.

Even though we were well below the poverty line, my dad was strong, intelligent, and proud, and he knew that once you gave in to a life of depending on government, it would be extremely difficult to break out. It takes hard work, perseverance, and responsibility for yourself and your family to become independent, productive members of society, which is the key to success and living a happy life.

Being self-reliant is such an incredible and empowering feeling; you sleep more soundly and peacefully at night and are invigorated with the possibilities of life during the day. Felix knew the only way to get out of poverty is to see an opportunity, grab it, and keep moving forward! With every failure, you grow and solidify your base of knowledge and experience. He stated, “Only in America can people start with nothing and build something. It’s a glorious thing!”

Without speaking English, my parents had to improvise and find work that didn’t require knowledge of the English language or American diplomas or degrees. They went back to their athletic roots and found coaching positions at a local gymnastics club. My mom quickly discovered that the sport of Rhythmic Gymnastics was practically non-existent in the U.S. so she and my grandmother, Ida, (former top Soviet coach and judge) helped to popularize this sport in the United States until it made its debut in the 1984 Olympic Games.

Choose freedom over poverty and dependence.

Eventually, when enough money was saved, my father saw an opportunity and built one of the top gymnastics schools in the state of Florida (United Gymnastics Academy), producing several decorated athletes including gymnasts in the Olympic Games and World Championships. Many of these young gymnastics students grew up and were inspired to build and run their own successful gymnastics schools, still in operation today. All in all, my father's entrepreneurial ventures not only helped his family achieve prosperity, but created jobs for over 100 people. As Marina said on her blog:

We are learning very fast that if we work hard, live modestly and save, we can reach an American dream. Our highlight of the week was driving to the bank every Friday to make a modest deposit [even if it was only $30.00]. We were finally able to save enough money to buy a house in Berkley, MI. The house needed a lot of work, but it was OUR house. In March of 1979 my parents and my 19 year old brother came to the U.S. after a long, long wait. I did not see my brother for 4 years and when we left in 1975 he was just a boy. So when I saw a grown man walking towards me at the airport, I was shocked! However, his infectious smile was the same. I was so happy to see my family again. When we left Ukraine, we did not think we will ever see each other again. It was a very happy day!

We all have the capacity to become entrepreneurs. Whether you start your own business or simply train your mind to constantly seek out opportunities to do something in a better way, having an entrepreneurial state of mind will set you free. Choose freedom over poverty and dependence. Find your niche, start small, build your base, and grow from there. While there is no guarantee of success, Americans are still (mostly) free to try. It takes guts to break out, but once you do and taste the sweetness of self-sufficiency and earned success, I bet you will most likely embrace your new found happiness and inner peace so tightly, you will never let go.

I encourage you to share this story with friends, teachers, and loved ones. If you’re inspired to do so, check out FEE’s new online courses on economics and entrepreneurship (free of charge) at courses.fee.org and begin discovering and building your own path to personal success and happiness. 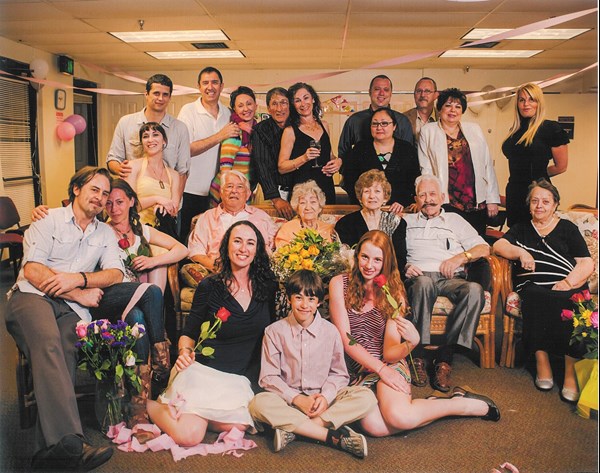 Marianna is the Director of External Relations at the Foundation for Economic Education aimed at teaching the humane value and ethical principles of free markets and entrepreneurship to FEE’s student audience.