Why Bastiat Is As Relevant As Ever on His 216th Birthday

167 years after Bastiat's death, the relevance of his ideas about economics and entrepreneurship are still applicable to our modern world. 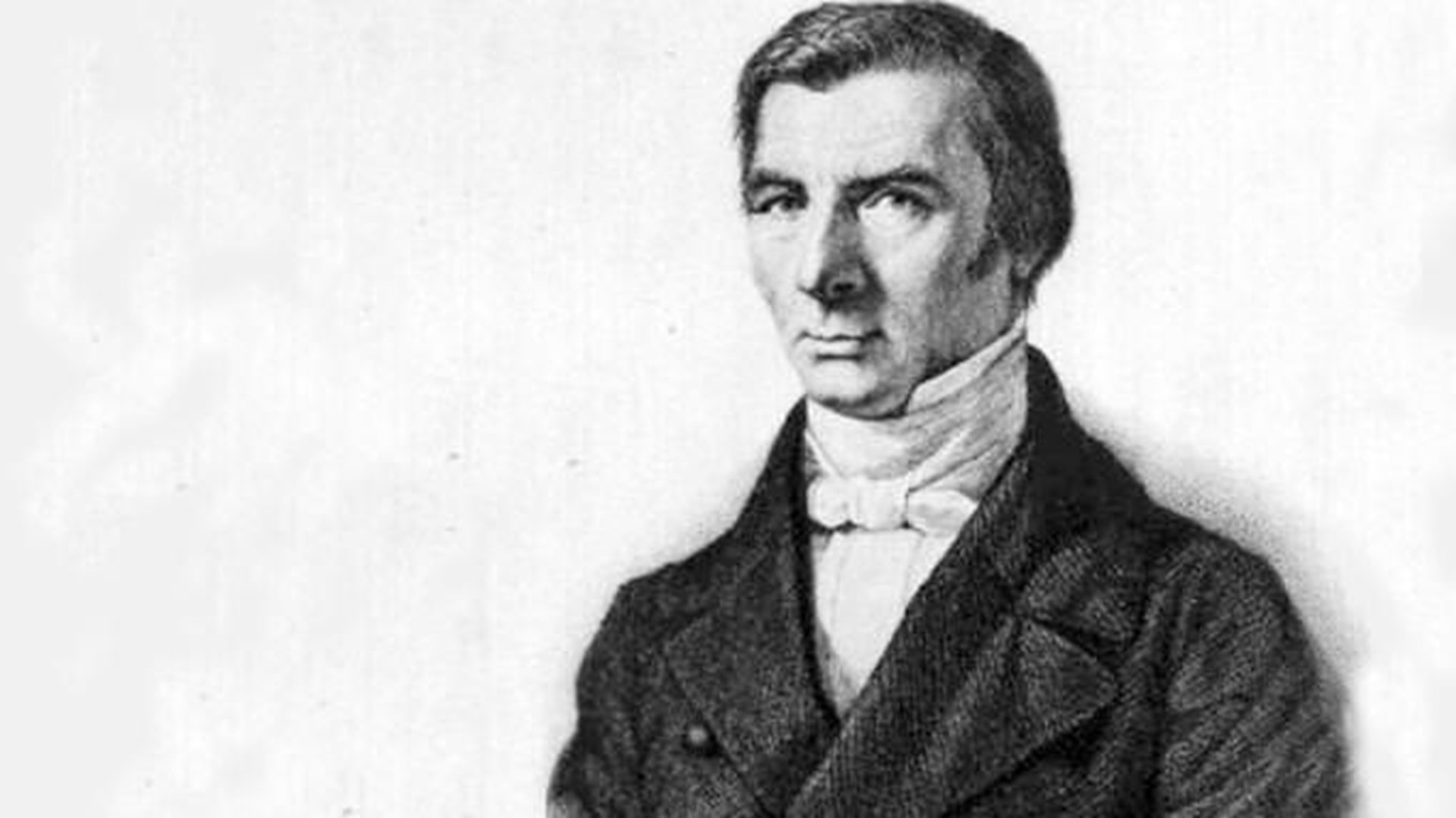 Today marks the 216th anniversary of the birth of the great French classical-liberal economist Frédéric Bastiat (born June 29, 1801) whom economist Joseph Schumpeter called the “most brilliant economic journalist who ever lived.” Celebrating Bastiat’s birthday has become an annual tradition at CD, and below I present some of my favorite quotes from the great liberty-loving, influential French economist.

1. One of Bastiat’s most famous and important writings was “The Candlemakers’ Petition,” which is such a clear and convincing satirical attack on trade protectionism that it often appears in textbooks on economics and international trade. Here’s an excerpt from that famous 1845 essay (emphasis added):

We [French candlemakers] are suffering from the intolerable competition of a foreign rival, placed, it would seem, in a condition so far superior to ours for the production of light that he absolutely inundates our national market with it at a price fabulously reduced. The moment he shows himself, our trade leaves us — all consumers apply to him; and a branch of native industry, having countless ramifications, is all at once rendered completely stagnant. This rival, who is none other than the sun, wages war mercilessly against us.

We ask you to pass a law requiring the closing of all windows, skylights, dormer-windows, outside and inside shutters, curtains, blinds; in a word, of all openings, holes, chinks, clefts, and fissures, by or through which the light of the sun has been in use to enter houses, to the prejudice of the meritorious manufactures with which we flatter ourselves that we have accommodated our country — a country that, in gratitude, ought not to abandon us now to a strife so unequal.

2. In 1845, as a solution to counteract job losses in some French domestic industries (like textiles) due to free trade, Bastiat proposed to the King of France that he “forbid all loyal subjects to use their right hands.” Bastiat predicted that:

…as soon as all right hands are either cut off or tied down, things will change. Twenty times, thirty times as many embroiderers, pressers and ironers, seamstresses, dressmakers and shirt-makers, will not suffice to meet the national demand. Yes, we may picture a touching scene of prosperity in the dressmaking business. Such bustling about! Such activity! Such animation! Each dress will busy a hundred fingers instead of ten. No young woman will any longer be idle. Not only will more young women be employed, but each of them will earn more, for all of them together will be unable to satisfy the demand.

Legal plunder can be committed in an infinite number of ways. Thus we have an infinite number of plans for organizing it: tariffs, protection, benefits, subsidies, encouragements, progressive taxation, public schools, guaranteed jobs, guaranteed profits, minimum wages, a right to relief, a right to the tools of labor, free credit, and so on, and so on. All these plans as a whole—with their common aim of legal plunder—constitute socialism.

But how is this legal plunder to be identified? Quite simply. See if the law takes from some persons what belongs to them, and gives it to other persons to whom it does not belong.See if the law benefits one citizen at the expense of another by doing what the citizen himself cannot do without committing a crime.

Note: As I pointed out last year on CD around this time, the minimum wage law is a form of legal plunder because it takes money from some persons (business owners) what belongs to them, and gives it to other persons (unskilled workers) to whom it does not belong. The minimum wage law clearly benefits some citizens (entry-level workers) at the expense of employers by doing what the workers cannot do without committing a crime of theft. So let’s put aside all of the economic arguments about what economic theory and empirical evidence show regarding the possible employment effects of government-mandated minimum wages, and consider something even more basic and fundamental: the minimum wage is legalized, government-sanctioned plunder/theft from business owners, and therefore on that basis should be considered morally objectionable, unethical and unacceptable.

4. Four days before his death in 1850, Frederic Bastiat sent this message to a friend:

5. When a new railroad line was proposed from France to Spain, the French town of Bordeaux lobbied for a break in the tracks so that “all goods and passengers are forced to stop at that city,” which would, therefore, be “profitable for boatmen, porters, owners of hotels, etc.” Using reductio ad absurdum, Bastiat proposed that if a break in the tracks provided economic benefits and jobs for one town and served the general public interest, then it would be good for breaks in the tracks at dozens and dozens of other French towns, to the absurd point that there would be a railroad composed of a whole series of breaks in the tracks, so that it would actually become a “negative railway.”

6. In his famous essay “What Is Seen and What Is Not Seen,“ Bastiat was one of the first economists to make the very important distinction between the immediate, concentrated and visible effects of legislation, trade protection or regulation and the delayed, dispersed and invisible effects:

In the economic sphere an act, a habit, an institution, a law produces not only one effect, but a series of effects. Of these effects, the first alone is immediate; it appears simultaneously with its cause; it is seen. The other effects emerge only subsequently; they are not seen; we are fortunate if we foresee them.

There is only one difference between a bad economist and a good one: the bad economist confines himself to the visible effect; the good economist takes into account both the effect that can be seen and those effects that must be foreseen.

Yet this difference is tremendous; for it almost always happens that when the immediate consequence is favorable, the later consequences are disastrous, and vice versa. Whence it follows that the bad economist pursues a small present good that will be followed by a great evil to come, while the good economist pursues a great good to come, at the risk of a small present evil.

To illustrate the principle of “what is seen and what is not seen,” Bastiat told a story that became known as the “The Parable of the Broken Window,” which was modernized in the 1940s by Henry Hazlitt in his book “Economics in One Lesson.” Here’s a quick summary:

A baker has saved $50 to buy a new suit, but then a young hoodlum throws a brick through the shop owner’s window and the baker now has to spend $50 to replace the window and forego the purchase of the new suit. If one ignored the invisible effects of the broken window, one could then argue that the hoodlum was, in fact, a public benefactor by stimulating business for the window company that now receives $50 to replace the window. But instead of the baker having $50 for a new suit and a window, he now only has the window and no suit. And the invisible unseen party in the parable is the tailor, who would have benefited $50 from selling the baker a new suit, but now loses that business. Observers will see the visible new window but will never see the invisible new suit, because it will now never be made.

Here’s how Bastiat explains the unseen, invisible effects of the shopkeeper spending six francs to replace the broken window:

It is not seen that as our shopkeeper has spent six francs upon one thing, he cannot spend them upon another. It is not seen that if he had not had a window to replace, he would, perhaps, have replaced his old shoes, or added another book to his library. In short, he would have employed his six francs in some way, which this accident has prevented.

7. “The State [government] is the great fiction, through which everybody endeavors to live at the expense of everybody else.”

8. “When plunder becomes a way of life for a group of men in a society, over the course of time they create for themselves a legal system that authorizes it and a moral code that glorifies it.”

Bottom Line: Bastiat was truly an economic giant and deserves credit for his many significant and important intellectual contributions to economic thinking that are as relevant today as they were in France in the mid-1800s when Bastiat was writing, including: a) Bastiat was one of the first economists to warn us of the dangers of legal plunder, crony capitalism and trade protectionism, b) he helped us understand the importance of looking at both the unseen and delayed effects of legislation and regulation in addition to the immediate and visible effects, c) he was one of the most eloquent and articulate defenders of individual freedom and liberty who ever lived, d) he was probably the strongest advocate for the consumer in human history, and e) his use of wit, parody, and satire to convey economic wisdom and insights was unparalleled!