Some Venezuelans have expressed regret over the gun control policies the government has implemented since 2012. Naturally, this regret is warranted. 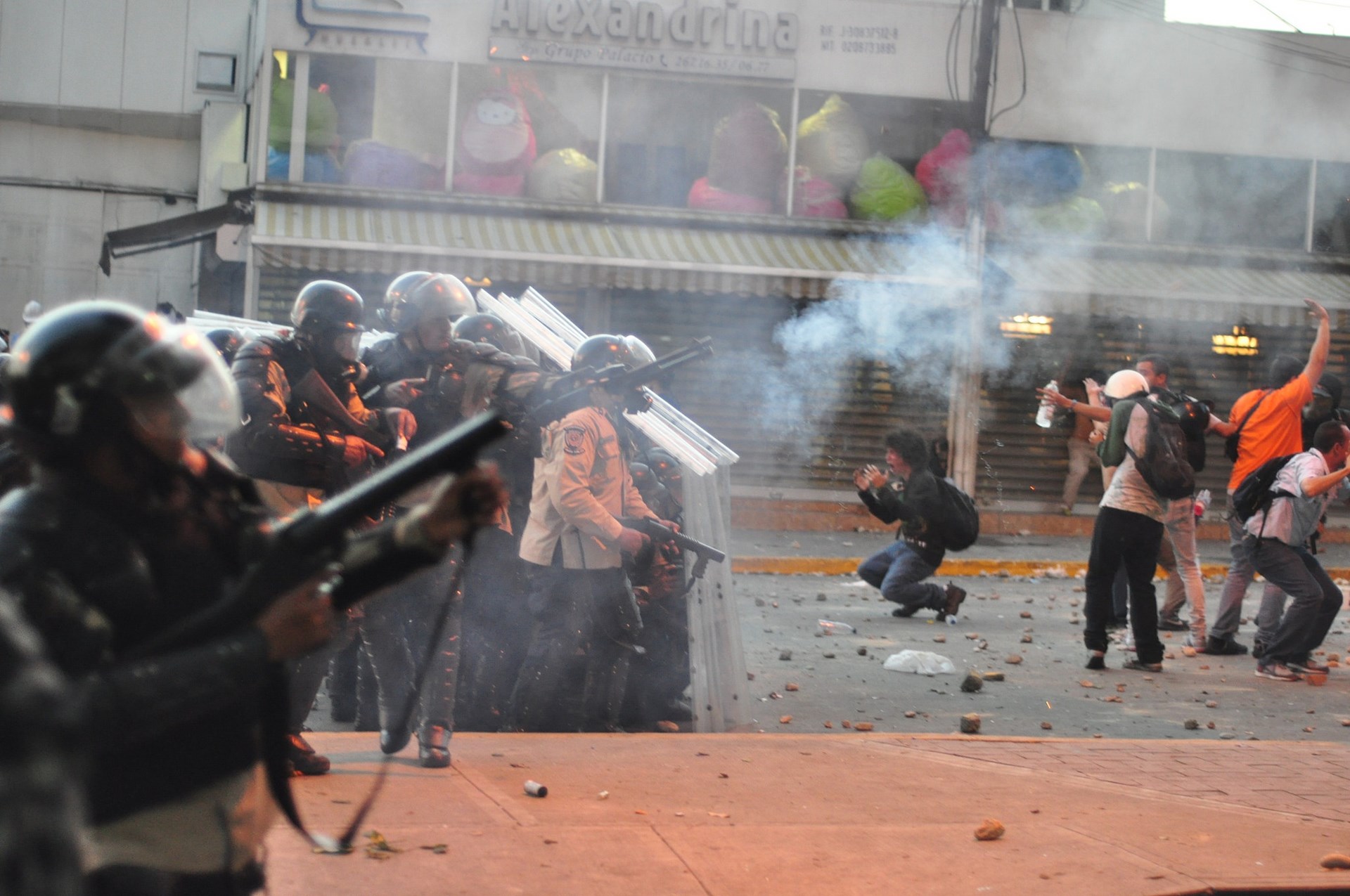 Is Venezuela paying the price for adopting gun control?

The shocking nature of Venezuela’s economic collapse has been covered ad nauseam. However, one aspect of the Venezuelan crisis that does not receive much coverage is the country’s gun control regime.

Fox News recently published an excellent article highlighting Venezuelan citizens’ regret over the gun control policies the Venezuelan government has implemented since 2012. Naturally, this regret is warranted. The Venezuelan government is among the most tyrannical in the world, with a proven track record of violating basic civil liberties such as free speech, debasing its national currency, confiscating private property, and creating economic controls that destroy the country’s productivity.

Elections have proven to be useless, as they’ve been mired with corruption and charges of government tampering. For many, taking up arms is the only option left for the country to shake off its tyrannical government. However, the Venezuelan government has done well to prevent an uprising by passing draconian gun control, which will be detailed below.

Historically speaking, Venezuela has never had a robust history of private gun ownership like that of the United States. The absence of a Second Amendment or check on the federal government’s monopoly on firearm usage is a vestige of its colonial legacy. Its Spanish colonial overlords did not possess a political culture of civilian firearms ownership. It was mostly the military and the landed nobility that held firearms throughout the colonial era. This tradition persisted even after Latin American countries broke away from Spain in the 1820s.

Fast forward to the 20th century. Venezuela began its first attempts to modernize its gun policy. In 1939, the Venezuelan government enacted the Law on Arms and Explosives (Ley de Armas y Explosivos), which established the Venezuelan state’s monopoly on firearm usage. The state was the only entity that could possess “weapons of war,” which include: canons, rifles, mortars, machine guns, sub-machine guns, carbines, pistols, and revolvers. Civilians could only possess .22 rifles and shotguns, and in certain circumstances could possess handguns provided that they obtained a license.

Despite its anti-gun policies, Venezuela maintained some semblance of limited government in economic affairs up until the 1970s.

It’s no surprise that Venezuela embarked on this gun control escapade during the late 1930s. This was a period where statism was in vogue throughout the world, as witnessed with the rise of fascism and communism in Europe. Even during the New Deal era, the US initiated its first foray into federal gun control with the passage of the National Firearms Act (NFA) of 1934. Despite its anti-gun policies, Venezuela at least maintained some semblance of limited government in economic affairs up until the 1970s.

However, the nationalization of its oil industry in the 1970s and the subsequent economic downturns of the 1980s and 1990s shook up Venezuela’s institutional foundations. The country was then ripe for a demagogic takeover.

When socialist strongman Hugo Chávez took power, not only was Venezuela’s previous gun control order kept intact, but it was also expanded upon. Article 324 of Venezuela’s current constitution (the 26th in its history) maintained the state’s previous monopoly on firearms and placed the National Armed Forces of Venezuela as the entity in charge of regulating all firearms in Venezuela.

In 2002, the Venezuelan government passed the first version of the Control of Arms, Munitions and Disarmament Law, reinforcing the state’s iron grip on firearms in Venezuela. A decade later, the law was modified to enhance the scope of gun control and gave the Venezuelan Armed Forces exclusive power to control, register, and potentially confiscate firearms.

Venezuela implemented a ban on the sale of firearms and ammo in 2012. Like other gun bans, this proved futile in fighting crime.

Venezuelans are now defenseless against a government that runs roughshod over their civil liberties while also destroying their economic livelihood. As if it weren’t enough, everyday Venezuelans must put up with rampant crime and the constant threat of colectivos, Venezuela’s infamous pro-government paramilitary units.

Firearms bans, confiscation, and registration give the state a virtual monopoly on violence, thus turning its citizens into defenseless subjects.

Although gun control in and of itself does not automatically lead to tyranny, historical events remind us that well-intentioned interventions from previous governments can be used by the next round of political operatives for nefarious purposes. Firearms bans, confiscation, and registration give the state a virtual monopoly on violence, thus turning its citizens into defenseless subjects. When the rubber meets the road, a disarmed populace has no chance against a well-armed Leviathan.

Foreigners may scoff at the US’s Second Amendment, but it is one of the most far-reaching rights the framers of the Constitution made sure to protect. Political turmoil can emerge at any time, and citizens must have a final means of protecting themselves in the case that all institutional options have been exhausted.