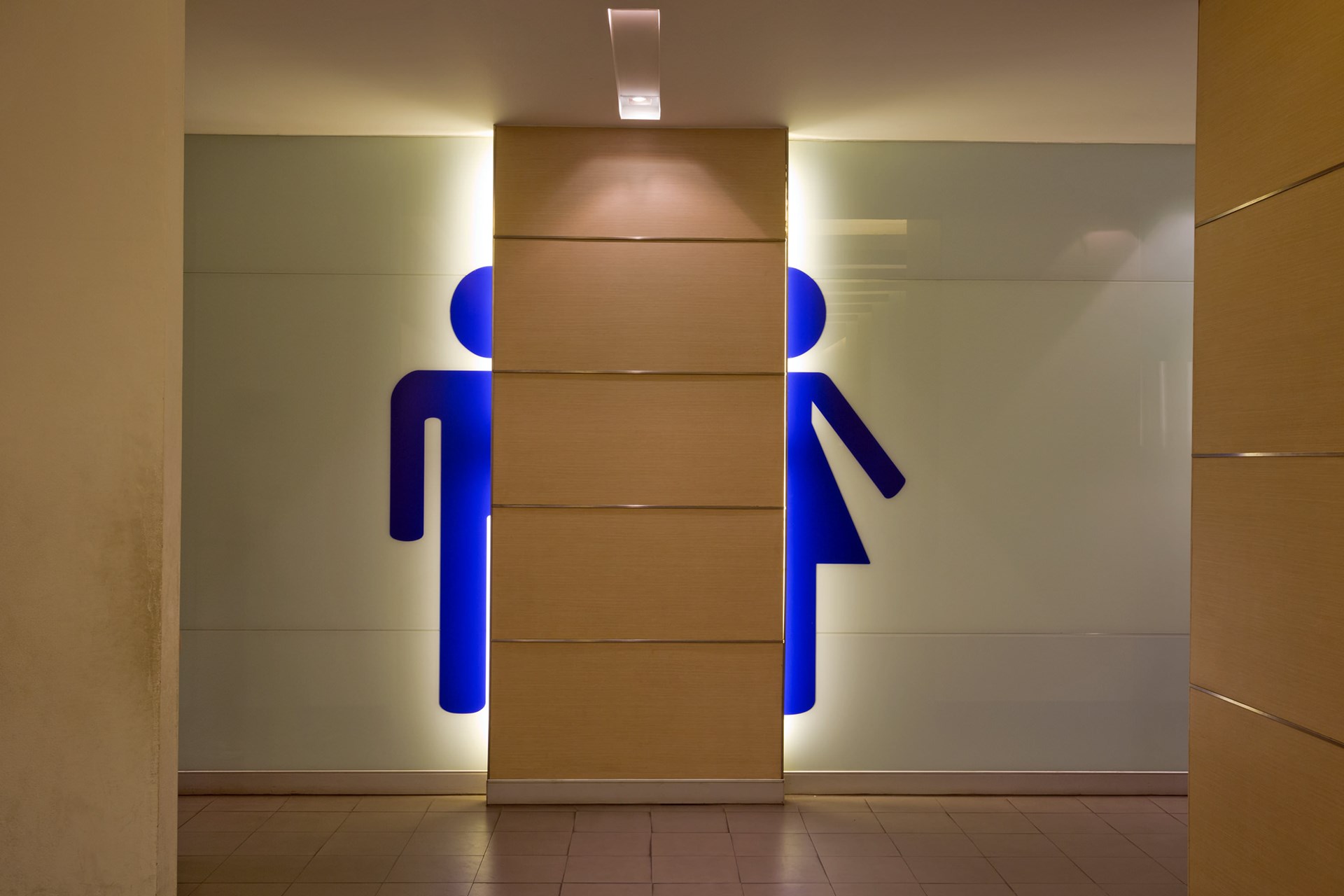 The North Carolina legislature voted in March to require that people use the bathroom designated for their biological sex. The state was criticized for violating gay and transgender rights. The Obama administration may cut federal education, housing, and transportation aid to North Carolina in response.

Bathroom use has been an issue in other states, including Illinois, Texas, Massachusetts, Wisconsin, Kansas, Missouri, Mississippi, Tennessee, and South Dakota. Legislation proposed and passed differs by state on how to define gender — ranging from chromosomes to birth certificate to anatomical sex. Obviously, people can’t change their chromosomes. They can, however, change their gender identity and its associated physical traits, which is where the controversy begins.

Even those who are transgender may desire different outcomes in different circumstances.

The president’s position appears to be that people have a legal right to use the bathroom of their choice, regardless of their gender, however defined. With the club of federal funding, he is attempting to socially engineer America.

This is central planning run riot.

Good people should approach anyone in the midst of gender change with humility and compassion. For most of us, it is unimaginable what would cause someone to desire to shift genders. It is a personal issue of the most profound nature. It shouldn’t be debated and decided in the public square.

Bathroom use shouldn’t be a question for bureaucrats, politicians, lawyers, or judges to answer.

Who should use which bathroom? If it’s in your home, you decide. Likewise, a private company or other private organization should set the rules for its building. What does the owner want? What do customers or members prefer? What is the best way to balance competing interests given the community’s dominant moral sense?

Most people in most places probably believe that people should use the bathroom that matches their physical characteristics, whether changed or not. And we know from the current debate that many (if not most) people prefer not to share a bathroom with someone who appears to be of the other sex, irrespective of the gender with which he or she identifies.

However, one can imagine a “progressive” individual, business owner, or group deciding otherwise. And whether that decision reflected special solicitude for vulnerable individuals or a desire to shape public attitudes, it would be no cause for complaint.

There’s simply no single right answer — and no justification for government to intervene in such intimate, private decisions.

What about bathrooms in public facilities, such as a government office, school, airport, or military base? These are all theoretically “owned” by everyone. Everyone has a stake in the issue — and thus a “right” of some sort — but there’s no accepted, overarching principle that determines with whom you must share a bathroom. A local majority may need to rule in such cases, but someone will always be unhappy with the result, especially if the relevant decision-makers are far away, protected from the consequences.

Most important, all participants need to demonstrate understanding and sensitivity.

For Washington pols to insist that, say, teenage girls in a small town in downstate Illinois accept as a bathroom mate a child who appears to be a boy is an act of extraordinary chutzpah. The girls’ refusal to do so does not necessarily reflect malevolent discrimination; it may simply be an understandable reaction to basic biology. Politicians have no right to impose their particular agenda.

Of course, differing opinions don't justify ignoring the interests of those in the midst of gender change, whether it involves surgery or not. Access to a bathroom is critical for almost everything people do — going to school, working outside your home, going shopping, and traveling. Some kind of accommodation should be made. But what kind?

Again, there’s no single solution that fits every public establishment, let alone private entity, across the country. Larger buildings could offer more options, such as separate bathrooms, like family-friendly single facilities. Communities and student bodies differ in attitudes and openness. Even those who are transgender may desire different outcomes in different circumstances.

Most important, all participants need to demonstrate understanding and sensitivity. No one of goodwill wants to add to the distress of someone changing gender. At the same time, those going through the process should not try to use government to impose their preference on schoolmates, neighbors, coworkers, and others. People should look for alternatives and compromises to work it out. Compromise, compassion, private property rights, and decentralized decision-making are enough to resolve this issue.

Politicians already control education, manage health care, provide social services, and underwrite businesses — and now they even decide who should use which bathroom. It’s time to return life’s most important decisions to the people. A good place to start would be keeping government out of our bathrooms.