Free Trade Is the Best Policy, No Matter What

Nearly everyone in the home country would be better off if the home government adopts a policy of free trade regardless of the policies of other governments.

Today’s quotation of the day is from Albert Gallatin’s January 1832 essay, “Memorial of the Committee of the Free Trade Convention” (available in full here), a part of which is quoted on page 169 of Douglas Irwin’s 2017 book, Clashing Over Commerce (emphasis added): 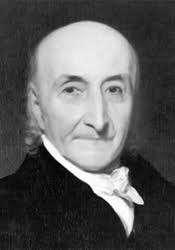 That by multiplying in any country the channels of domestic industry, a greater scope is given to its application, a market more diversified and less liable to be glutted procured to its products, and a larger field opened to every species of skill and talent, is undubitably true. But to direct that industry to unprofitable pursuits which cannot be sustained without exaggerated duties paid by the consumer, and a corresponding national loss, does not open new channels of productive industry, but only diverts it from profitable to unprofitable pursuits to the community. It is truly remarkable that the advocates of the restrictive system should pretend to consider your memorialists as wild theorists, when there cannot be a plainer matter of fact than that if a man pays two dollars more for his coat, his plough, or the implements of his trade, it is a loss to him, which he must pay out of the proceeds of his industry, and that the aggregate of those individual losses is an actual national loss.

From late September through early October 1831 there was held in Philadelphia a Free Trade Convention, about which I know very little other than what is revealed in this essay by Albert Gallatin.

During the second quarter of the 19th century in the United States, Kentucky’s Henry Clay was the most powerful, vigorous, and (yes) uncompromising opponent of free trade. His “American System,” as it was called, was nothing but an early 19th-century version of economic nationalism. Clay and his followers saw the businesses and jobs made possible by government spending and by protective tariffs; they were blind to the businesses and jobs – and consumer goods – denied to the American people by these interventions.

The issues today are the same as they were back then even if the ‘feared’ trading partner today is different.

One of the realities made clear by Doug Irwin’s account of the debate over trade policy that occurred back then is that the past is indeed prologue. The issues today are the same as they were back then even if the ‘feared’ trading partner today is different. (Back then that feared trading partner was Great Britain; today it’s mostly China.) The economic fallacies that fueled Henry Clay and his movement are identical to those that today fuel the hostility to free trade of likes of Donald Trump, Wilbur Ross, Peter Navarro, and Steve Bannon. And many of the accusations hurled against free trade by the protectionists of that past era differ in no substantial ways from the accusations hurled today.

There was the ad hominem. For example, Clay scurrilously accused the free(r)-trader Albert Gallatin of being hostile to American interests because he, Gallatin, was born in Switzerland.

And there was the simply mistaken – a frequent instance of which is nicely exposed in the above bolded portion of the Gallatin quotation. Protectionists (those whom Jon Murphy more accurately calls “scarcityists”), mistakenly supposing themselves to be profound, back then, as today, accused free traders of being idealists whose theory blinds them to reality. Yet as implied in Gallatin’s response, the theory that protectionists dismiss as speculative and unreliable is, really, a straightforward application of simple arithmetic and basic economic analysis: tariffs that force up the prices that domestic citizens pay for goods and services is a loss to those citizens, and because the domestic firms and industries that exist only because of trade restrictions and subsidies are generally ones that operate less efficiently than those domestic firms and industries that are destroyed by such interventions, the amounts of resources necessary to sustain any given standard of living (or rate of economic growth) are greater with such interventions than without. In short, such interventions make most people poorer than they would otherwise be.

Unproven Free Trade Is a Myth

It is a myth that free trade is unproven in practice. Forget that countries with freer trade have both higher per-capita incomes and faster rates of economic growth. Look instead at the essentials of the case. Each and every day you trade freely with many merchants. Do you think that you and your family would be enriched if your neighbor extracted punitive payments from you whenever you buy some item that your neighbor judges to be from a seller located too distant from your neighborhood? Every day Arizonans trade freely with Texans and Rhode Islanders. Do you think that Arizonans would be enriched if the government of that state obstructed their ability to trade as they choose with people located in other states?

People trade freely countless times, each and every day.

People trade freely countless times, each and every day. Yes, yes, I’m well aware that such trade isn’t ideally free. Occupational-licensing restrictions, for example, unjustly and harmfully obstruct domestic trade. But the fact remains that today within each country – including within the U.S. – trade is not typically obstructed based on geographic location or political boundaries. And therefore people buy and sell freely within countries. If the case for a policy of free trade were not practical – if it were only a theoretical curiosity – then it would be true that ordinary people would be even richer if the state obstructed their abilities to trade with each other domestically.