Foreign Meddling Won't Undermine Tyranny, But This Will

The Digital Age has taken human connection outside of the realm of dictators and authoritarian regimes. 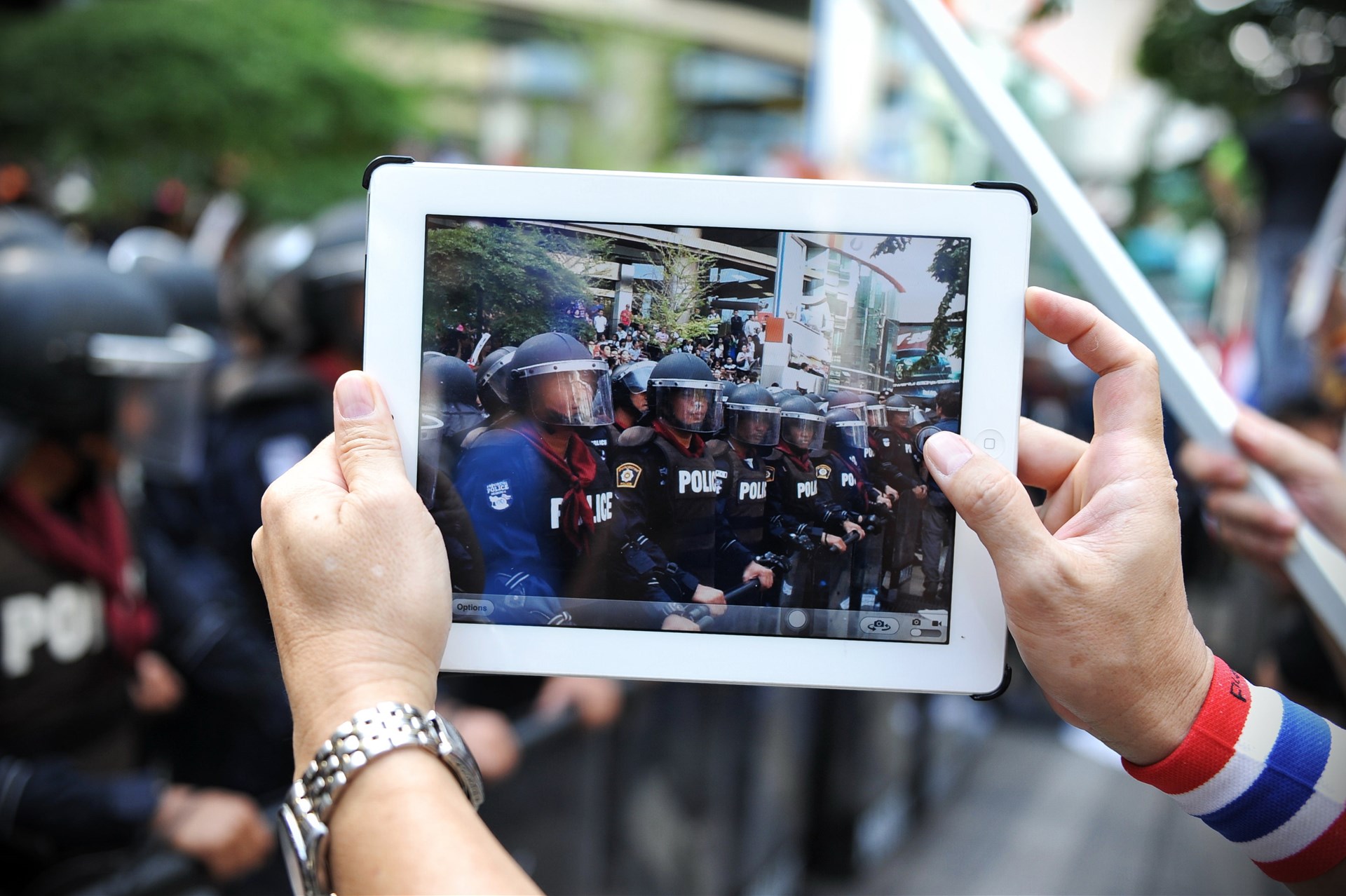 Where injustice thrives in the world, protests naturally follow. The latest example was in Iran. Although the grievances were diverse, the frustrations were great. Many risked their freedom and lives to take a stand.

But technology, too, is proving to be a hero. Twitter, YouTube, and Telegram all empower the disenfranchised to make their voices heard around the world. Everything from high-level diplomacy between heads of state to street protests by student activists now happens on the Internet for all the world to see and even participate in.

The Iranian government then blocked public access to Telegram and Instagram. President Donald Trump, of course, tweeted in support of the Iranian protests. Iran’s Minister of Information and Communications Technology, Mohammad-Javad Azari Jahromi, tweeted his disapproval and requested that Telegram’s founder, Pavel Durov, stop encouraging violence. Durov shut down the one (and only) channel that was urging violence but refused to close those that were advocating peaceful protest.

The Iranian government then blocked public access to Telegram and Instagram. In doing so, however, Tehran raised Telegram’s global profile. The platform allows for groups of up to 50,000 people and includes features such as self-destructing messages that facilitate free expression in repressive countries. An incredible 40 million people in Iran, roughly half the country’s population, use Telegram.

That number reflects the relative youth of Iran’s population. Many Iranian protesters are college-aged and grew up in the Digital Age. The Internet is their natural habitat. That also prepares them to resist government attempts to block information access by turning to VPNs, for instance. They then can continue to communicate, share information, and coordinate efforts. Last year, a Chinese crackdown on bitcoin and WeChat pushed users to Telegram and other encrypted online services.

It's Not Just Iran

Iran is not the only authoritarian state struggling with Digital Age protestors. Even North Korea, where most people have no access to the Internet, is no longer able to insulate its citizens from the global information network. The preferred medium has gone from CDs to USB flash drives to SD cards. In fact, the latter are known as “nose cards,” which describes where they can be hidden during body searches. Often these tools of freedom are simply filled with Western and South Korean films, TV shows, music, Internet-free access to Wikipedia, and other elements of modern culture.

North Korean defectors speak of their shock at seeing pictures of cities filled with cars. While the political clout of Hollywood films and other forms of entertainment might baffle some in the West, they have the power to transform all the same. The Soviet Union would show gangster movies to demonstrate that American society was corrupt and violent. But viewers, apparently, would fixate on the overflowing supermarkets.

North Korean defectors speak of their shock at seeing pictures of cities filled with cars. But the message communicated sometimes is much deeper. Yeonmi Park explained that when she saw the movie Titanic for the first time, she “was very confused. I never heard my father telling my mother that he loved her. And my mother never told me she loved me, either. To me, love was only expressed [for] the Dear Leader. So, it was a very odd concept to me — how can a man die for a woman?” Inducing such cognitive dissonance is highly subversive for any authoritarian regime, causing even a once-true-believer to question the party line.

The Internet also has turned national protests into international events. In 2003, a half-million residents of Hong Kong protested against a proposal for repressive national security legislation. Since then, demonstrations have become commonplace. Author Emily Parker observed:

“There are many differences between 2003 and now, especially in terms of duration, but perhaps the biggest distinction is that the 2003 protests felt mostly like a Hong Kong story, separate from the rest of the world. There was some media coverage, but Beijing did not have to worry nearly as much about protest images spreading to the mainland. In 2003, the Hong Kong protesters were relatively isolated. Today, they enjoy a global network of online support. In the social-media age, protests are no longer ‘local.’”

Demonstrators speak of being encouraged by knowing they are not alone.

Such examples demonstrate that what dissidents most need are not new propaganda programs from Western governments but freer access to private information networks. Simply allowing the Internet to pull back the curtain and reveal truth will stoke the innate desire for a better life and to understand the transcendent.

The Digital Age has taken human connection outside of the realm of dictators and authoritarian regimes. And what is a greater counter to human rights abuses and corruption than human connection? Of course, the fight against human tyranny remains an enormous challenge. Yet the increased ability to enlist people in the cause for liberty around the globe should give us greater hope for the future.

Matt Daniels, JD, Ph.D., is Chair of Law and Human Rights at the Institute of World Politics in Washington, D.C., and the creator of www.universalrights.com.