Fannie Mae and Freddie Mac Should Be Shut Down, Not Resuscitated

Real privatization is the right approach, and would mean an end to the era of special favors and subsidies. 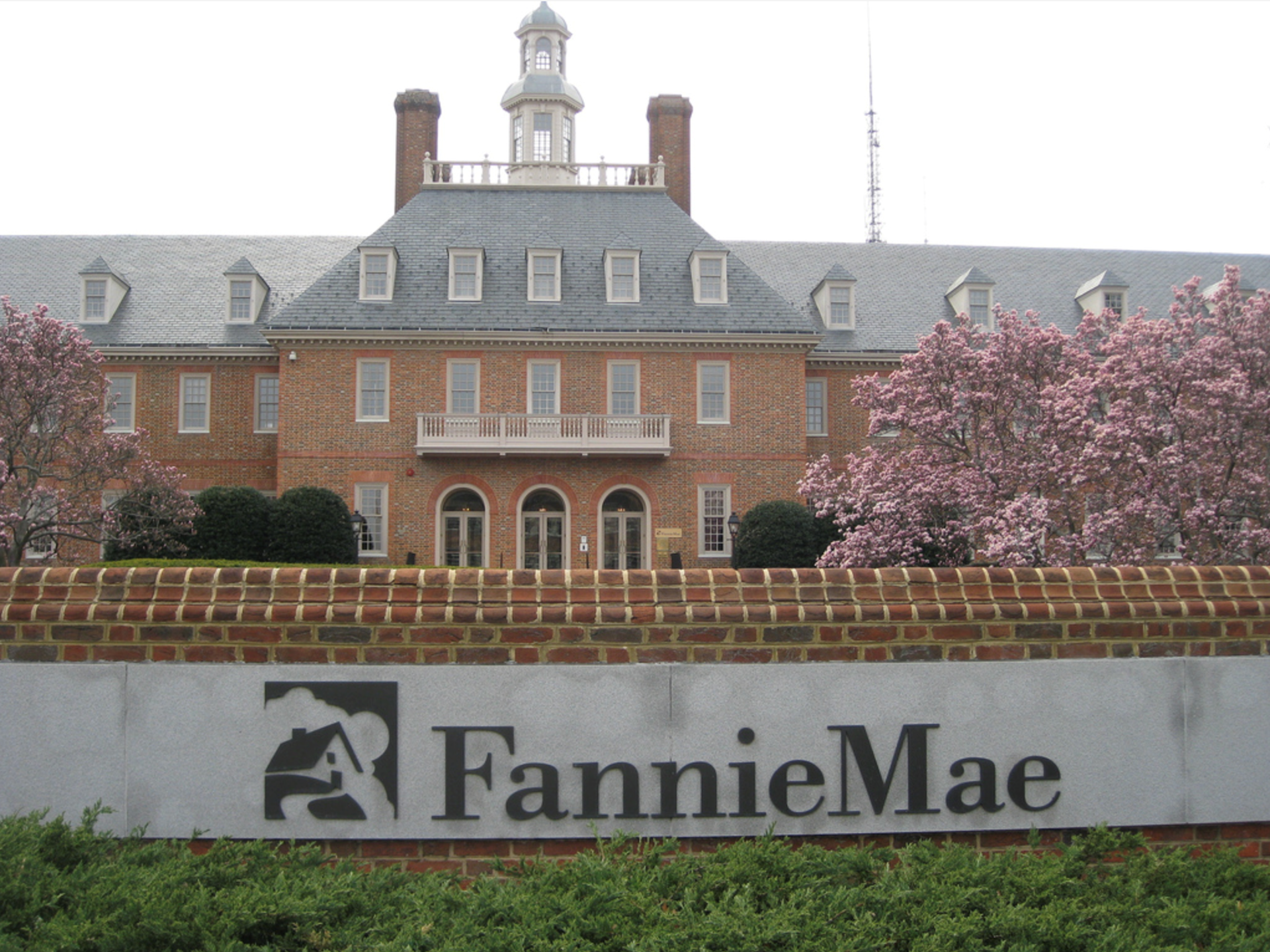 What’s the worst thing the government does?

That’s a difficult question to answer. I’ve argued that giving U.S. tax dollars to the OECD is the worst item in the budget, on a per-dollar-spent basis.

And I’ve expressed scathing disdain for the horrid practice of civil asset forfeiture. There are also really destructive features of the tax system, such as FATCA and the death tax.

But you could make a strong case for Fannie Mae and Freddie Mac as well.

These two government-created corporations not only reduce long-run growth by distorting the allocation of capital, they also bear considerable responsibility for last decade’s financial crisis since they played a major role in fueling the housing bubble.

The U.K.-based Economist describes America’s interventionist regime as a form of socialism.

…the mortgage system…is…largely nationalised and subject to administrative control. …America’s mortgage-finance system, with $11 trillion of debt, is probably the biggest concentration of financial risk to be found anywhere. …The supply of mortgages in America has an air of distinctly socialist command-and-control about it. …The structure of these loans, their volume and the risks they entail are controlled not by markets but by administrative fiat. …the subsidy for housing debt is running at about $150 billion a year, or roughly 1% of GDP. A crisis as bad as last time would cost taxpayers 2-4% of GDP, not far off the bail-out of the banks in 2008-12. …the securitisation of loans, most of which used to be in the private sector, is now almost entirely state-run. …There are at least 10,000 relevant pages of federal laws, regulatory orders and rule books. …In the land of the free, where home ownership is a national dream, borrowing to buy a house is a government business for which taxpayers are on the hook.

In other words, our system of housing finance is mucked up by government intervention (very much akin to the way healthcare is a mess because of government).

The good news is that Fannie and Freddie have been in “conservatorship” every since they got a big bailout last decade. And that means the two cronyist firms are now somewhat constrained.

They can’t lobby, for instance (though Republicans and Democrats still seek to expand subsidies in response to campaign cash from other housing-related lobbyists).

But the worst news is that there are people in the Trump Administration who want to go back to the bad ol’ pre-bailout days.

The Wall Street Journal opined on the issue as Trump prepared to take office. The editorial noted that the implicit government guarantee for Fannie Mae and Freddie Mac led to an explicit bailout.

Fan and Fred’s owners feasted for decades on an implied taxpayer guarantee before the housing crisis. Since everyone knew the two government-created mortgage giants would receive federal help in a crisis, they were able to run enormous risks and still borrow cheaply as they came to own or guarantee $5 trillion of mortgage paper. When the housing market went south, taxpayers had to stage a rescue in 2008 and poured nearly $190 billion into the toxic twins.

As part of that bailout and the subsequent “conservatorship,” Fannie and Freddie still get to operate, and they still have a big implicit subsidy that allows near-automatic profits (at least until and unless there’s another big hiccup in the housing market), but the Treasury Department gets those profits.

Needless to say, this upsets the shareholders. They bought stock so they could get a slice of the undeserved profits generated by the Fannie/Freddie cronyist business model.

They claim going back to the pre-bailout days would be a form of privatization, but the WSJ editorial correctly warns that it’s not pro-free market to allow these two government-created companies to distort housing markets with their government-granted favors, preferences, and subsidies.

…the expectation that Treasury secretary nominee Steven Mnuchin is going to revive the Beltway model of public risk and private reward. …private shareholders of these so-called government-sponsored enterprises keep pretending that something other than the government is responsible for their income streams. As if anyone would buy their guarantees—or give them cheap financing—if Uncle Sam weren’t standing behind them. …what they really want is to liberate for themselves the profits that flow from a duopoly backed by taxpayers. …We’re all for businesses getting out of government control—unless they’re playing with taxpayer money. Americans were told that Fannie and Freddie were safe for years before the last crisis. The right answer is to shut them down.

Amen. Not just shut them down, dump them in the Potomac River.

The Wall Street Journal then revisited the issue early last year, once again expressing concern that the Treasury Secretary wants to go back to the days of unchecked cronyism.

Fannie Mae is again going hat in hand to taxpayers… Washington should take this news as a kick in the keister to finally start winding down the mortgage giant and its busted brother, Freddie Mac . But the Trump Administration seems to be moving in the opposite direction. …The pair, now in “conservatorship,”…were left in limbo. Hedge funds bought up their shares, betting they could pressure Washington into bringing back the old business model of public risk and private reward. …Treasury Secretary Steven Mnuchin told the Senate Banking Committee: “I think it’s critical that we have a 30-year mortgage. I don’t believe that the private markets on their own could support it.” But many countries have robust housing markets and ownership rates without a 30-year mortgage guarantee. Mr. Mnuchin sounds like his predecessor, Democrat Jack Lew. Wasn’t Donald Trump elected to eliminate crony capitalism?

This issue is now heating up, with reports indicating that the Treasury Secretary is pushing to restore the moral hazard-based system that caused so much damage last decade.

The Trump administration is at war with itself over who should take the lead in the reform of the government-backed mortgage companies Fannie Mae and Freddie Mac… The battle centers on whether the Treasury Department should continue to advocate what it views as a plan for the future of the mortgage companies or cede control of those efforts to the incoming chief of the Federal Housing Financial Agency (FHFA), economist Mark Calabria.

The good news is that Trump has nominated a sensible person to head FHFA, which has some oversight authority over Fannie and Freddie.

And it’s also good news that some of the economic people at the White House understand the danger of loosening the current limits on Fannie and Freddie.

White House economic officials…are seeking to prevent a repeat of the risk-taking activities by the companies that contributed to the mortgage bubble, leading to its 2008 collapse and $200 billion government bailout. These officials, who spoke on the condition of anonymity, also say any reform must have the blessing of Calabria, a long-time libertarian economist and frequent critic of the outfit’s pre-crisis business model. He is also wary of returning Fannie and Freddie to their previous incarnations as private companies that have shareholders, but also receive backing from the federal government if they get in trouble as they did in 2008.

But it seems that the Treasury Department has some officials who—just like their predecessors in the Obama Administration—learned nothing from the financial crisis.

They want to give Fannie and Freddie free rein, perhaps in order to help some speculator buddies.

Treasury Secretary Steve Mnuchin and his top house advisor Craig Phillips, have so far taken the lead… In January, acting director of the Federal Housing Agency Joseph Otting privately told employees about plans…, referring to Mnuchin’s past statements on the matter… Mnuchin also has business ties with at least one of the major investors in the GSE’s stock that has benefited amid the speculation… Paulson – who has stakes in the GSE’s preferred class of stock — has also submitted a proposal… A key feature of the framework touted by Mnuchin, Phillips, Otting and Paulson is that both Fannie and Freddie would have some backing from the federal government in times of emergency while remaining public companies, a business model similar to the one the GSEs operated with before 2008.

Given the Treasury Department’s bad performance on other issues, I’m not surprised that they’re on the wrong side on this issue as well.

The GSEs, however, do very little that cannot be done – and is not already done – by the private sector. In addition, these institutions pose a significant financial risk to U.S. taxpayers. Weighing this cost against the minimal benefits makes the case that the GSEs should be eliminated. …regulators have tilted the playing field in favor of the GSEs. …GSE borrowers can thus take on more debt to offset higher prices. With inventories lower than ever, this extra debt ends up driving prices even higher, creating a vicious cycle of more debt, higher prices, greater risk and, ironically, more demand for the GSEs. What keeps the GSEs in business are the same failed housing policies that brought us the last financial crisis. The GSEs are not needed in the housing market – and they have become detrimental to the market’s long-term health. They could be eliminated… This would create space for the re-emergence of an active private mortgage-backed securities market that ensures a safer and more stable housing finance system with access for all while letting taxpayers off the hook.

Here’s a flowchart that shows what happened and the choice we now face.

At the risk of stating the obvious, real privatization is the right approach. This would mean an end to the era of special favors and subsidies.

Sadly, I’m not holding my breath for any of this to happen.

The real battle in DC is between conservatorship and fake privatization (which really should be called turbo-charged and lobbyist-fueled cronyism).

And if that’s the case, then the obvious choice is to retain the status quo.

P.S. This is a secondary issue, but it’s worth noting that Fannie and Freddie like to squander money. Here are some excerpts from a report published by the Washington Free Beacon.

The bottom line is that Fannie and Freddie, at best, undermine prosperity by diverting money from productive investment, and, at worst, they saddle the nation with a financial crisis.

They should be shut down, not resuscitated.