During Pandemics, Do Individuals React More Rationally and Efficiently than Governments?

Theme park customers were weeks ahead of government action when it came to taking steps to protect themselves and families from the perceived risk of COVID-19. 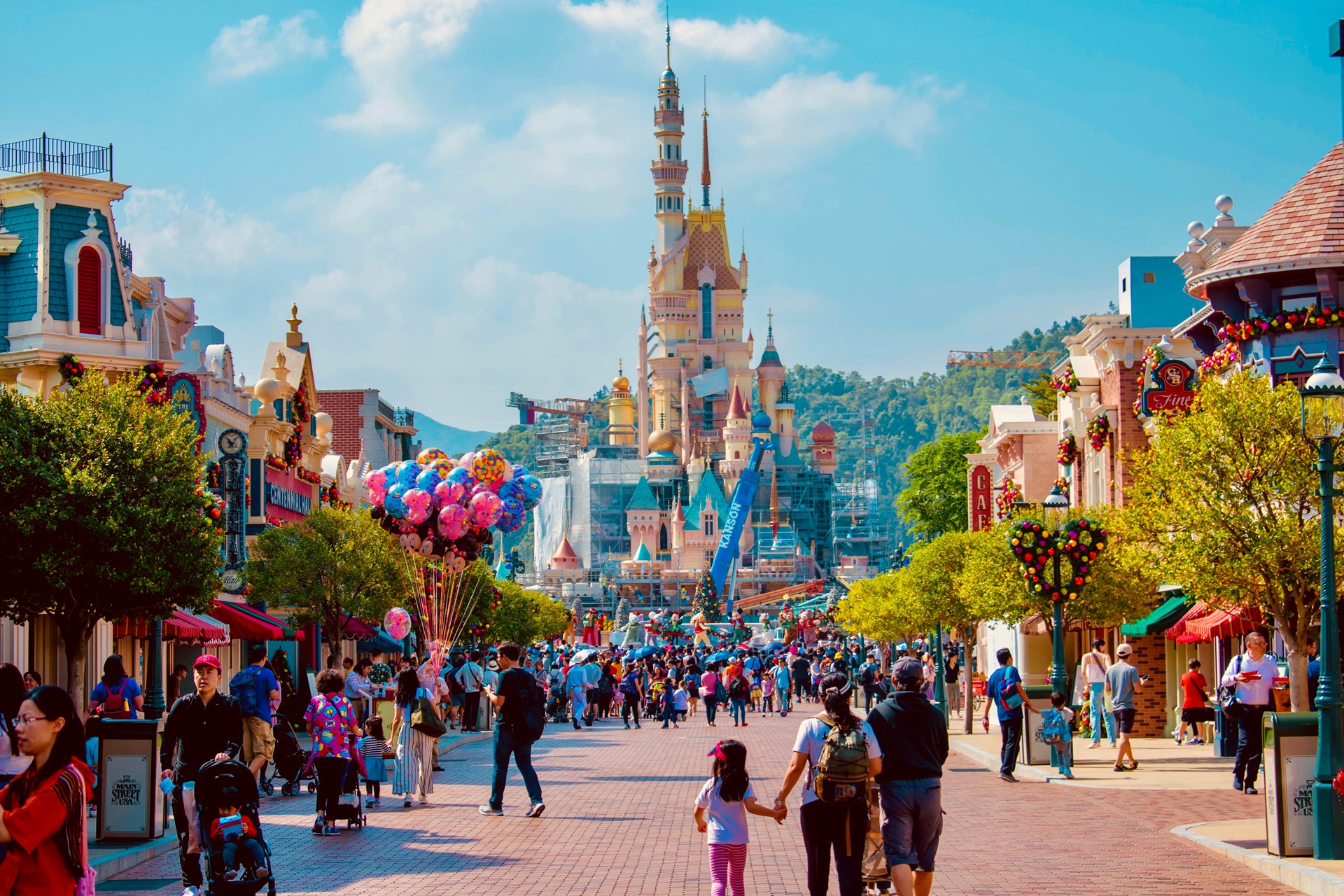 Photo by Kon Karampelas on Unsplash

When new information becomes available to the general public about something that could affect their health and well-being such as a pandemic, do people wait for the government to inform them what to do; or, do they immediately take steps to protect themselves? Let’s look at decisions made by two distinct groups: college students on spring break in Florida and customers to Central Florida’s theme parks. Each group made different decisions based on their age/social/health cohorts at roughly the same time. Were their decisions rational and appropriate for their respective cohorts?

Were these students oblivious to the dangers to themselves and others from COVID-19? Or were the students unknowingly implementing a very effective and efficient immunization strategy for a pandemic for their social and age cohort?

Let’s review. The typical annual spring break ritual starts with piling eight or more college students into a four-person car and embarking on a 12-, 15- or more-hour road trip to the Florida beaches. Once there, they claim a motel/hotel room and pack in. (Of course, the local innkeeper only has two people officially registered for the room—although which two is anybody’s guess.). So, after spending a day on the road and the night together lying on top of one another, and quite possible, exchanging body fluids with one other, they wake up and go to the beach. They are immediately met with cries to social distance by at least six feet to prevent the spread of the virus from the local bureaucrats.

For the students, this was a ridiculous and meaningless gesture, given the time spent together in close proximity, “if there is something to be got, they got it!” And, once they leave the beach, they will be on top of one another again. So, maintaining a six-foot distance while on the beach was laughable for them. The technocrats started to realize this and then tried to implement a “guilt trip” on the students, “think of your grandparents.” Again, not a very effective tactic, for reasons above, plus grandparents are not in the students’ daily social circle. So, by the time they see their grandparents again, the danger would most likely be over.

From what is known, COVID-19 is easily spread and affects mostly the elderly (with most of the deaths over the age of 80) and individuals with preexisting health conditions. One method now frequently mentioned to deal with pandemics is to develop herd immunity. A criticism of herd immunity as a national strategy would be it would imply infecting and sacrificing the elderly and sick. Something not palatable from a societal perspective.

But for a sub-group of society, such as college students, herd immunity is almost the perfect strategy. College students are generally young (18 to 22) and healthy. So, getting COVID-19 would have little health effects among themselves and bring immunity to them and those they interact with. So, our much-lambasted irresponsible spring break college students were creating herd immunity among their social group through spring break. College students were holding a giant COVID—19 party—the college version of a Chicken Pox party. In much of America, when one neighborhood child got the Chicken Pox the parents would bring all the children together for a day/night to infect all children simultaneously. The idea being have all children infected simultaneously at once and get it over with quickly. Instead of having, one child after another getting Chicken Pox for weeks or months on end.

However, a COVID-19 Spring Break party is a lot more fun than your typical Chicken Pox party.

Rather than having been chased out of Florida, the college students should have been welcome to stay (14 days) and commended for the contribution to public health—with the proviso that they stay away from everyone else. (The local technocrats could have just roped them off while on the beach.)

Part Two: Who Closed Central Florida’s Theme Parks? the Government or Their Customers?

At the same time, customers (older than college students, more at risk and with children) to Florida’s theme parks had another assessment of the pandemic. They immediately started to perceive an increased risk with mass social gatherings; and, with the increased risk, they started to cut back on low value, low benefit activities. This meant cutting back on or eliminating visits and vacations to Florida’s theme parks. Much to the chagrin of the theme parks, their customers were deciding that in the scheme of life Star Wars and Harry Potter themed attractions were not really that valuable and important to them.

In the beginning theme parks did not worry much. They had been through this before with the H1N1 (Swine flu) pandemic of 2009 to 2010. To manage this concern, the theme parks would reduce the prices of bundled vacation packages (hotel, meals, tickets, etc. packages). They would issue press releases demonstrating the care the parks were taking to protect their visitors by placing hand sanitizing stations throughout the park (some more than others), along with stepped up cleaning and sanitizing throughout the park. Pictures were posted on social media showing hard working employees cleaning and sanitizing each ride vehicle before loading and dispatching it. For the most part, this mitigated the H1N1 effects.

However, it wasn’t working this time. People were taking the COVID-19 pandemic far more seriously. Attendance and reservations continued to drop, throughout February and into March. (Theme parks depend on high attendance not just for gate revenue but from the sales of food, drink and merchandise.) The international market (The international market is very important for Central Florida theme parks, Europe, especially Great Britain, and South America.) started to dry up with travel bans imposed on Europe then Great Britain. The theme parks’ forecasting models were showing even worse drops in visits and revenue in future weeks and months.

Florida’s theme parks went into survival mode, they were going to lose lots of money, so the question became: Will the parks lose more money by staying open or more money by closing? The Tier One parks (Disney, Universal, SeaWorld, Busch Gardens) ran the numbers and decided to shut down effective Monday 3/16/20. This was not an easy decision because large losses were involved. (It has been estimated that Walt Disney Company is losing an unsustainable $30 million per day; SeaWorld Parks $25 million a month) Florida’s Tier One theme parks, did not mention the tremendous loss of revenue, but rather they were closing in the interest of safety for customers and employees. Most of Central Florida’s Tier Two parks (Icon Park and Fun Spot) thought that with the Tier One theme parks closed, they would prosper nicely and stayed open. But not for long; the Tier Two attractions all ended up closing approximately a week later on Monday 3/23/20. They too could not justify remaining opening as customers stayed away from them and revenues plummeted.

When these parks closed, Florida still did not have a government shutdown order. Florida Governor Ron DeSantis did not order a shutdown until Wednesday 4/1/20. Orange County Florida issued a county shut down for Thursday 3/26/20 which may have impacted a few of theme parks had they not shutdown so already.

Theme park customers were weeks ahead of government action when it came to taking steps to protecting themselves and families from the perceived risk of COVID-19.

With some early anecdotal evidence from Florida, people do take advantage of new information and quickly incorporate the new information into their decision making—and faster than government mandates! Moreover, the decisions made are customized, in these cases, for their age, social and health cohort. Also, this may suggest that instead of a single one-size-fits-all national strategy for pandemics, it may be appropriate to have different strategies for each age/social/health cohort: something that college students and theme park customers individuals figured out for themselves.

Lawrence Clark, PhD is a university professor of economics and statistics at Warner University in Central Florida with an expertise in theme parks and tourism. He is also a forensic economist at Clark Economics.