Don't Tread on My Electric Scooter 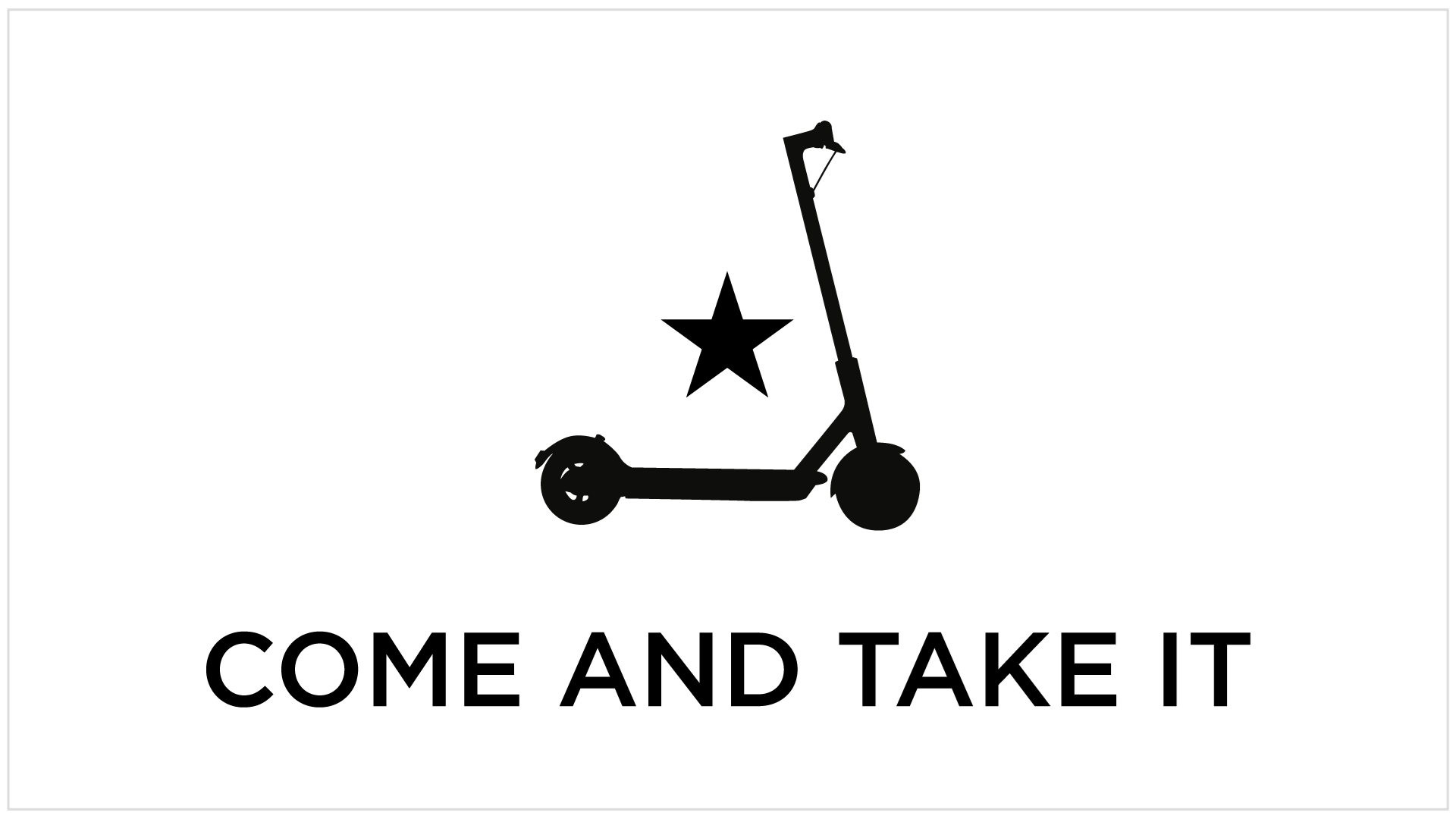 This past summer, seemingly out of nowhere, electric scooters appeared on the streets of major metropolitan areas. Two major companies, Bird and Lime, released dockless electric scooters that urbanites can rent for peanuts compared to traditional bike-sharing and ride-sharing services. The scooters were a hit all across the country, but regulators started imposing bans and heavy restrictions on their usage.

I took a stand against these busybodies by warning them not to tread on my scooter. Despite my protestation, the city of Atlanta brought down the hammer on the electric scooter market.

What Are The Restrictions?

The new restrictions are as follows:

The worst part is that Bird and Lime have been key innovators in cities struggling to provide adequate and reliable transportation, and the regulations have the potential to worsen the situation.

Those familiar with the city know that Atlanta is no great place for transportation. The traffic is among the worst in the world, the sidewalks are shoddy, public transportation is always breaking down or delayed (when Amazon visited to scope out HQ2 sites, the train they were riding broke down), there are few bike lanes, and it isn’t the most walkable city.

FEE’s Managing Editor, Jon Miltimore, who is located in Minnesota and visits the Atlanta FEE office on occasion, had this to say about the scooters: “They were literally the only functional part of Atlanta’s transportation system.”

For a car-less young professional like me, the scooters have been an ideal solution. I can get anywhere I need to go within a few miles much quicker than walking and for less money than driving or ride-sharing.

But Jon and I aren’t the only ones in this boat. Lime reports that 40 percent of its riders use the scooters to commute to or from work or school. In Atlanta, 37 percent of users used the scooter to replace their most recent trip by car. In addition, 34 percent of its users have an annual income below $50,000.

Why would Atlanta want to make traffic worse by making it more expensive and difficult to use the scooters?

These statistics show that the scooters are 1) helping with traffic “decongestion” and 2) used as a cheaper method of transportation, especially by lower-income people. Why would Atlanta want to make traffic worse by making it more expensive and difficult to use the scooters? If the city wanted to make progress, it would work with the companies to increase their effectiveness instead of slapping them with fines and onerous regulations.

The Future of Transportation

Central planners—and bureaucrats in general—are embedded in a system that is slow, rigid, and resistant to change. Governmental structures will never have the flexibility to adapt and innovate as well as the private sector, especially when it comes to transportation.

Following in the footsteps of Uber and Lyft, these scooter companies understand that the problems with transportation are solved at the level of the individual. Individualization is the future of transportation (and perhaps innovation in general), but urban planners are fixated on providing public (government) solutions.

It’s a pain in the a**. That’s why everyone doesn’t like it. And there’s like a bunch of random strangers, one of who might be a serial killer, OK, great. And so that’s why people like individualized transport, that goes where you want, when you want.

The private sector is capable of generating tremendous advances in transportation, whereas are public systems are—for some reason—always terribly inadequate.

At the end of the day, it’s clear that we can’t rely on our city planners to solve problems for us. Where there is a problem, there is potential profit, and profit-seeking incentives encourage entrepreneurs to generate solutions. This is how progress is made in the private sector, as seen with Bird and Lime. Progress is not accomplished when regulators bypass profit structures and natural incentives and decide instead to solve problems by fiat or mandate.

The Atlanta City Council, along with other regulators, should understand it is not their job to control systems like transportation but to step aside and let the private sector drive progress forward while inhibiting it as little as possible. Only then will we see real solutions instead of funneling ever more money toward projects that always seem to underperform.