All Alone on Valentine's Day: 12 Econ Facts to Fill the Void

Whether you're single, taken, or just don't care, here are some facts to get you through the day.

It’s a holiday that means different things to different people. Some pass the day without a thought. Some spend it sharing a tasty meal and libations with a significant other or a few close friends. Others might find themselves face-down in a pint of Ben and Jerry’s, wondering where it all went wrong. That’s right ladies and gents, it’s Valentine’s Day.

Depending on one’s relationship status, the day might seem insignificant, but from an economic standpoint, it is anything but. Valentine’s Day is a major day for consumer spending, with big profits for retail, restaurants, and florists.

As a report compiled by the National Retail Federation shows, Americans are predicted to set a spending record for the heart-shaped holiday this year. This is due to strong employment numbers, higher average wages, and rising consumer confidence. The report also shows that people are spending money and time on their pets, co-workers, and friends rather than significant others (Galentine’s Day, anyone?).

Below are a few more economic fun-facts related to the holiday:

Treat Yo' Self and Yo' Pet

So what do all these numbers signify? Well for one, younger people are making the day less about their family or significant others and more about quality time with their friends. Younger people are also placing increasing value on their pets, even more so than last year. They’re also more apt to spend money on themselves as a treat. The preferences of young people are changing, and businesses/entrepreneurs would be wise to take heed. (Dog park/human spa hybrid, anyone?)

P.S.: This anti-Valentine’s Day piñata sums up my generation's ironic approach to the holiday: 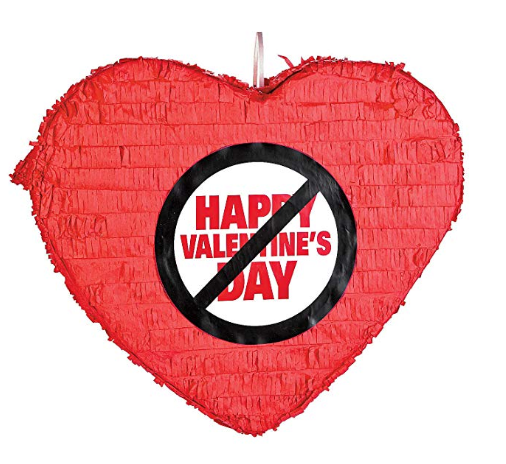