The former prisoner is not content to have his future once again dependent on the government. 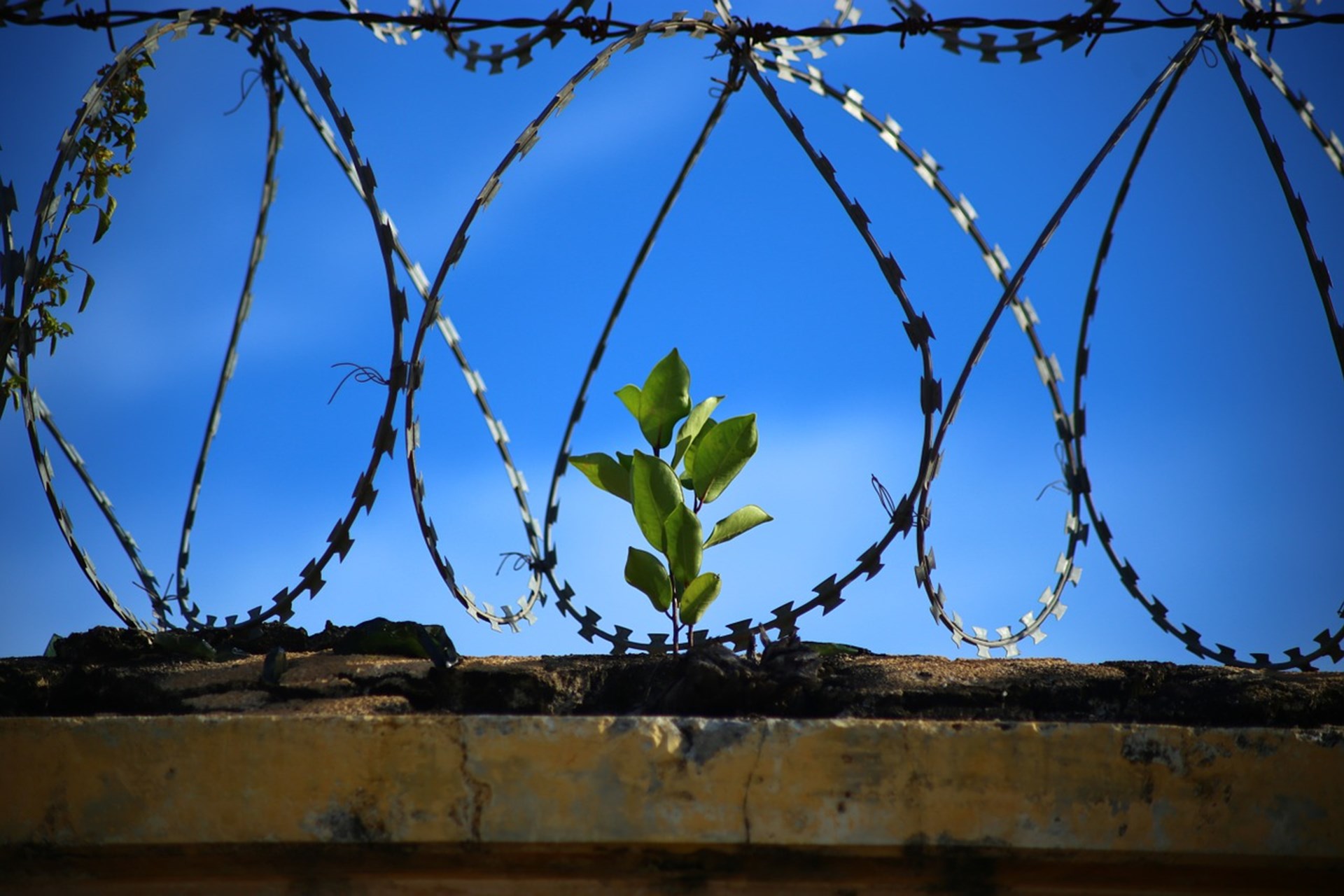 Wrongfully accused of murder in 1972, Richard Phillips had 45 years of his life stolen from him by the state of Michigan. Finding yourself convicted of a murder you didn’t commit is the stuff of nightmares, but Phillips’s story took an unexpected turn when new evidence—and assistance from the University of Michigan’s Innocence Clinic—resulted in his exoneration in 2018.

This happy twist did not come without its own set of obstacles, however. And for Phillips, a new nightmare was just beginning. Michigan law requires the state to pay the exonerated for the time they spent wrongfully imprisoned. But former Attorney General Bill Schutte has notoriously dragged his feet and refused to give compensation even to those who have been exonerated through DNA evidence and found to be guilt-free beyond any reasonable doubt.

But instead of asking others for money, Phillips has gotten entrepreneurial.

Phillips is one of the victims of Schutte’s refusal to pay the exonerated, and without this money, he has suffered greatly. Now 73 years old and four and a half decades removed from the workforce, Phillips is not an ideal job candidate. And without securing employment, he is unlikely to have a successful transition back into the real world. But instead of asking others for money while he waits for the state to right this egregious wrong, Phillips has gotten entrepreneurial, turning his former prison hobby into a stream of income.

In 1971, Phillips and Richard Palombo were convicted of conspiracy to commit murder and the first-degree premeditated murder of Gregory Harris. The verdict rested heavily on the testimony of Harris’s brother-in-law, Fred Mitchell. And it was Mitchell’s testimony in court that ultimately led to Phillips being sentenced to two concurring terms of life without parole.

In 2010, Palombo dropped a bombshell on the parole board when he admitted that it was, in fact, he and Mitchell who had committed murder all those years ago and not Phillips. Adding insult to injury, Palombo also admitted that he had never actually met Phillips until after the murder had been committed.

Still, even with the confession, it took Michigan seven more years before it finally threw out Phillips’s conviction and granted him a new trial.

Still, even with the confession, it took Michigan seven more years before it finally threw out Phillips’s conviction and granted him a new trial. It is unlikely that this new trial would have ever happened at all if not for the diligence of the Michigan Innocence Clinic at the University of Michigan Law School. The clinic took on his case, and on March 28, 2018, after almost 46 years behind bars, Phillips was finally a free man.

David Moran, director of the Michigan Innocence Clinic said, “No one in the United States has served more years in prison before being exonerated...His freedom truly belongs to him again.”

But with dim job prospects, his freedom was bittersweet. However, a state law was supposed to ensure he would be compensated for the time he spent behind bars.

Denying Compensation to the Falsely Convicted

The 2016 Wrongful Imprisonment Compensation Act was established specifically to compensate exonerated former inmates for the time they spent behind bars. Under this law, the exonerated can collect $50,000 for each year they spent incarcerated, which is a huge relief to those reentering society without so much as a dime to their name. Its passing was a seemingly huge victory for criminal justice reform, but the execution of the new law left much to be desired.

In 2003, Julie Baumer took her six-week-old nephew to the doctor. After one doctor concluded that the baby had suffered a blunt force trauma, Baumer was arrested and convicted of child abuse. After five years in prison, the Michigan Innocence Clinic discovered an MRI that showed that the baby had not suffered trauma at all. Instead, the baby had experienced a stroke. Baumer was then exonerated and released from prison, later testifying on behalf of the Wrongful Incarceration Compensation Act. And even though she herself qualifies for a payout, the state has refused to pay her.

Likewise, Chamar Avery spent eight years in prison for a murder he didn’t commit after an eyewitness testimony falsely identified him at the scene of the crime. The state has also refused to compensate Avery. The attorney general’s office instructed exonerated individuals to file paperwork 18 months from the date the law went into effect. And while both individuals did just that, the attorney general’s office then filed a motion to change the deadline to six months, effectively denying them both their money.

The bill was supposed to help those who were falsely imprisoned by the state, but the attorney general’s office has been fighting tooth-and-nail to keep these individuals from receiving their money.

The bill was supposed to help those who were falsely imprisoned by the state, but the attorney general’s office has been fighting tooth-and-nail to keep these individuals from receiving their money. And Phillips is the latest victim.

Gabi Silver, Phillip’s attorney, said the state’s refusal to pay "makes not one lick of sense. I’m hopeful that with the change in the administration there, there will be a little bit more compassion for these people and we will start compensating them.”

Kym Worthy, the prosecutor for Wayne County—where Phillips was convicted—also believes that Phillips is justified in his quest to be compensated for wrongful imprisonment. "The system failed him. There’s no question about it. This is a true exoneration," Worthy said.

Whether or not the state will cut Phillips a check now rests with the new attorney general, Dana Nessel. Nessel is currently reviewing the case and has stated that it is complicated. According to spokeswoman Kelly Rossman-McKinney, Phillips has another disputed conviction in a neighboring county, and this is preventing the state from giving him the money. However, this should have no impact on his payment, leading many to wonder why the state is so reluctant to follow this new law.

While he waits for this money, Phillips has had to find some way to support himself. Thankfully, this is where his unique prison hobby has been useful.

Spending more than four decades behind bars for a crime you didn’t commit can take a toll on your mental health. In order to survive his sentence, Phillips knew he needed to lose himself in a project or cause. During those 45 years, Phillips took up watercolor painting. "I didn't actually think I'd ever be free again. This art is what I did to stay sane,” Phillips said. The act of painting itself was a huge source of comfort to him; it also gave him a strict routine to follow to give his day meaning and direction—not always easy to do while serving time.

Each morning, while the other inmates were occupied elsewhere, Phillips would focus on his paintings. Sometimes he painted pictures of flowers and vases, other times he chose to pay tribute to figures like Mother Teresa. But no matter what his subject matter was, his art is recognizable by its bright colors. Since art supplies are not easy to come by in the confines of a correctional facility, Phillips had to find a way to afford his hobby. A natural-born entrepreneur, he began making handmade greeting cards and selling them to the other inmates.

Unfortunately, due to prison rules, Phillips was prohibited from keeping his paintings with him while he served his time. Luckily, a pen pal in New York offered to store them for him since he could not. Phillips had no idea what the pen pal was doing with these paintings all these years—he just hoped they were being cared for. After his release, he was shocked to find that all 400 of his bright colored paintings were waiting for him.

Phillips’s paintings mean the world to him, and while he’d rather not part with them, the state’s refusal to compensate him for his wrongful imprisonment has left him with no other options.

Phillips’s paintings mean the world to him, and while he’d rather not part with them, the state’s refusal to compensate him for his wrongful imprisonment has left him with no other options.

He told the Associated Press: "These are like my children, but I don't have any money. I don't have a choice. Without this, I'd have a cup on the corner begging for nickels and dimes. I'm too old to get a job.”

While he waits for the state of Michigan to pay him the $2 million he is owed, Phillips has put 50 of his paintings up for sale. Feeling for Phillips’s plight, Mark Burton, curator at the Community Art Gallery in Ferndale (Detroit), is hosting an exhibit displaying the art for prospective buyers. Burton commented, "I looked at [Phillips's] work, showed it to the manager, and we were both impressed. So, we set [the show] up." And visitors have already been touched by his story. "Are you the artist? God bless you. Beautiful," one viewer exclaimed.

Phillips commented, "I’ve got to sell my artwork to get some kind of means of living until these people from the state cut me a check and pay me for all the misery they’ve caused.” Spending so long in a prison cell is horrific enough on its own, but trying to reenter the workforce at 73 is its own nightmare.

"I’m too old; nobody’s going to hire an ex-convict at my age…Besides, I don’t see why I should have to break my neck when the state took half my life away from me.”

By denying Phillips the money that is rightfully owed to him after sacrificing 45 years for the state’s mistake, Michigan officials are setting the rest of his life up for failure. Phillips, however, is not content to have his future once again dependent on the government. And while this experience has been most frustrating for Phillips, his precious paintings have not only given him emotional support but have also now allowed him the means to provide for himself while the state sorts out his case.

As Phillips says, "It goes to show you: Something beautiful can come from something ugly.”