Deficits: The Latest Fashion in Paris and Athens 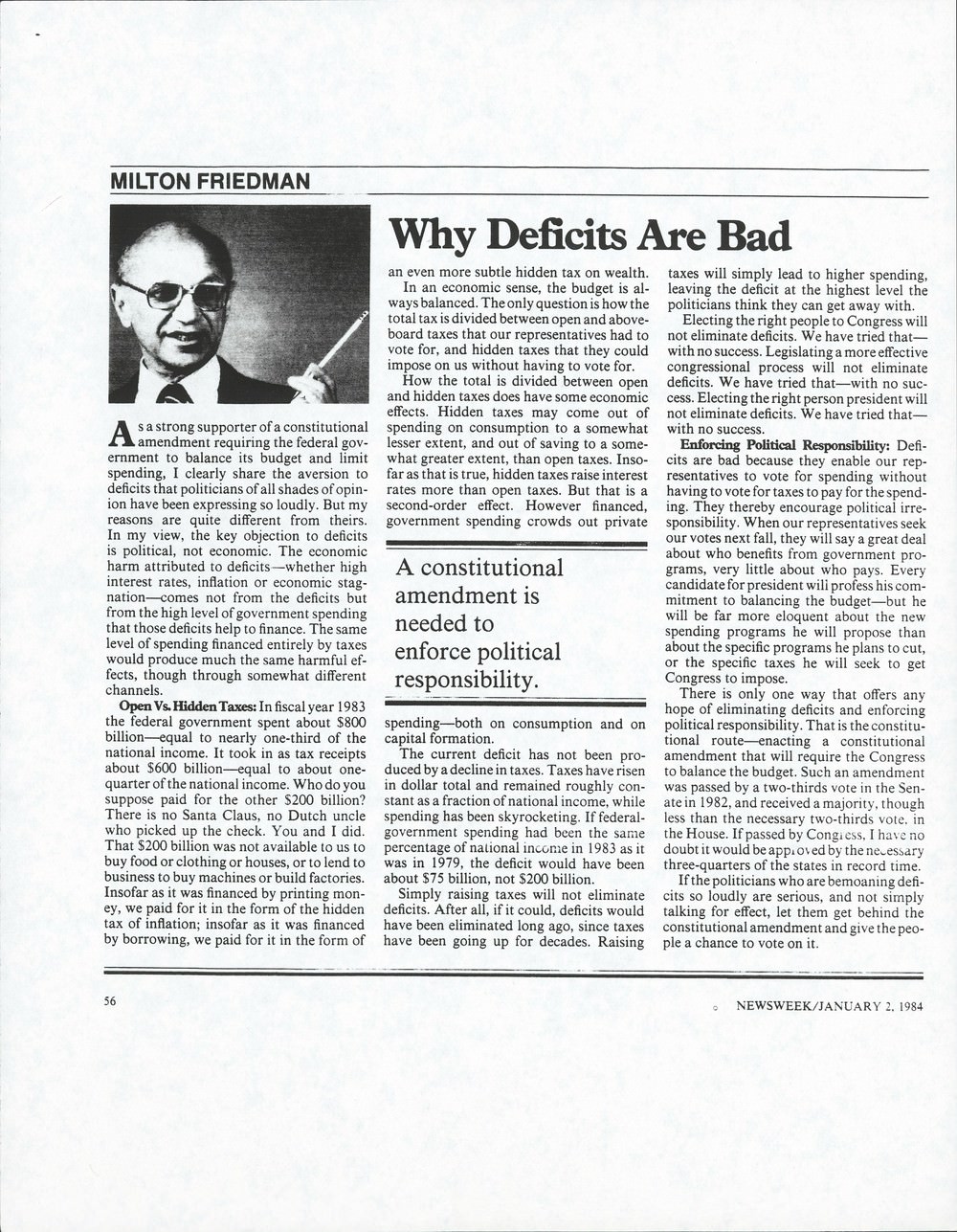 With the recent elections in France and Greece, austerity has seemingly been rejected. Of late, many European countries have been pushing austerity measures, but now French and Greek voters appear to prefer increased government spending, more government jobs, and more inflation. This is a common path for governments thanks to the legacy of John Maynard Keynes: Deficits ceased being only for emergencies, such as war or natural disasters. They became the yellow-brick road to prosperity, the beguiling cure for our economic lows.

Perhaps the French and Greeks should have read James Buchanan and Richard Wagner’s important book, Democracy in Deficit: The Political Legacy of Lord Keynes. The free market is blamed for the ills created by democracy, and democracy often takes credit for the good free markets bring. So maybe the voters would not have listened anyway. France and Greece may be in for some harsh times in the long run As Milton Friedman explained in his January 2, 1984, Newsweek column, deficits are troubling and costly. H. L. Mencken may have had it right: “Democracy is the theory that the common people know what they want, and deserve to get it good and hard.”