Is the Road to Serfdom Cyclical?

F. A. Hayek’s The Road to Serfdom was one of the most influential works of the twentieth century. Libertarians and classical liberals have used the book in the classroom since it was first published, and the book has not only reached politicians such as Churchill, Thatcher, and Reagan but also countless students. With the current crisis it even reached the top of the Amazon.com bestseller list. Clearly, there are many important ideas in the book that deserve study—and commitment to memory. 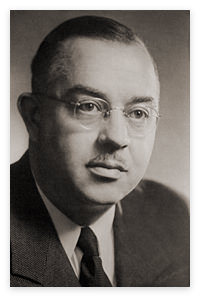 F. A. “Baldy” Harper, an early FEE staff member before founding the Institute for Humane Studies, unsurprisingly was a big fan of the book–so much so that he decided to leave his position at Cornell University when he was told to stop using the book in class. Still, in this September 26, 1944 letter (pdf) to Henry Hazlitt, Harper raised an interesting question: Is the rise of collectivism, which Hayek warned about in The Road to Serfdom, a trend or a cycle?

How relevant is Harper’s question today?