As more Gen Zers come of age, they would be wise to learn from the mistakes of millennials and think twice before borrowing money to pay for school. 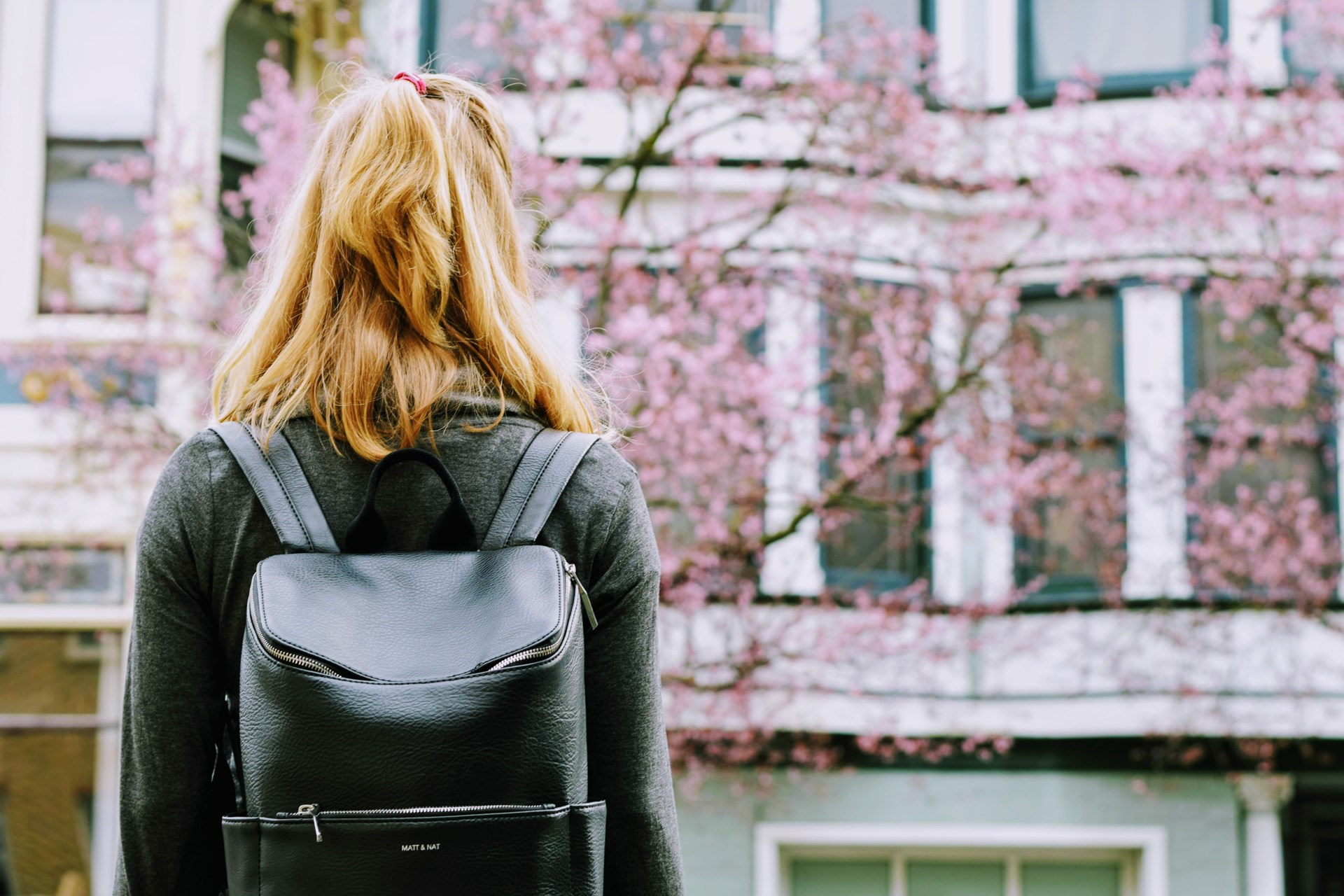 Gen Z is growing up fast. With the older end of the “Zoomer” generation now in their early- to mid-twenties, many are finishing their undergraduate degrees and moving on to grad programs before trying their luck in the workforce. Others are just beginning their college careers.

According to the Pew Research Center, the post-millennial generation is on track to becoming the most educated yet. But with such a heavy emphasis on higher education, one has to wonder how the current student loan crisis will affect this demographic.

Millennials are all too familiar with this crisis, as massive student loan debt has been their generation’s signature burden to bear. But as more Gen Zers come of age and begin contemplating how they will pay for college, they would be wise to learn from the mistakes of millennials and think twice before borrowing money to pay for school.

The student loan debt catastrophe has reached epic proportions, now totaling over $1.6 trillion. With more than 44 million Americans struggling to pay off this balance, student loans have become one of the largest culprits of consumer debt today.

Millennials are currently responsible for $497.6 billion of our nation’s total student loan debt. Of those who took out loans between 2010-2012, only 51 percent have been able to make any progress in paying off their balances. The financial strain of this debt is even more apparent when you consider its 11 percent default rate—the highest of any debt category.

The seriousness of the situation has become a major talking point in our national dialogue.

This massive financial burden has prevented many millennials from achieving the same economic comfort as their parents and grandparents. Strapped with high monthly payments, fewer millennials are able to own homes, start families, create savings, and become financially independent and debt-free. Some have even been forced to live with their parents while they attempt to pay off their balances.

This is probably why so many millennials have taken on two jobs or utilized the gig economy in order to make ends meet.

Student loan debt has become such a large burden, a recent study of 1,000 undergraduate and 1,000 postgraduate degree holders found that 39 percent said they would gladly spend a week in jail if it meant they could erase their student loan debt.

The seriousness of the situation has become a major talking point in our national dialogue, and every major presidential candidate, and politician for that matter, has something to contribute to the conversation.

Bernie Sanders, Elizabeth Warren, and freshman congresswoman Alexandria Ocasio-Cortez have each advocated for student loan forgiveness, which many believe to be the only way to solve the crisis.

Millennials and Gen Xers have already dug themselves into a hole. But Gen Z can break the cycle and learn from their mistakes.

Truth be told, the economic and political realities of implementing such a program are supremely unfeasible. It’s also immoral. As economist Antony Davies says, “‘Forgiving’ student debt really means forcing people who didn’t go to college to pay for those who did.”

But the fact remains that student loans are strangling many young Americans and preventing them from getting ahead and earning their slice of the American dream.

Millennials and Gen Xers have already dug themselves into a hole. But Gen Z can break the cycle and learn from their mistakes.

The first step in preventing the next generation from following down this same path is making sure Gen Z knows exactly what they are getting into when they take out loans and what other options are available to them.

Not all debt is created equal. If, for example, you were to open a new credit card account, accrue massive amounts of debt, and then stop making payments, your credit score would most certainly plummet, and you would have to deal with the subsequent consequences.

But aside from taking you to civil court, where you would work to settle your debt, there is not a whole lot the credit card companies can do to you that would impact your personal life. Your employer would not find out, your wages would not be garnished, and your career itself would not be placed in jeopardy.

Student loan debt, on the other hand, is a different kind of beast.

To put the student loan default rate into perspective, it is four times higher than the delinquency rates for credit cards and residential mortgages.

As soon as you miss your monthly payment, your account becomes delinquent. If you continue to miss payments for 270 days—about nine months— you will default on your loans. In addition to your missed payments being reported to all the major credit bureaus and your credit score tanking, the federal government can and will garnish a percentage of your wages.

But this hellish ordeal does not end there.

Once your alma mater finds out you have defaulted, it can choose to withhold your transcripts until you get current on your payments. Until your account is back in good standing, your yearly tax returns, if you are fortunate to receive them, will be withheld from you, as well.

Unlike other debt, which can be erased by filing for bankruptcy, it is exceedingly rare for student loan debt to be considered eligible for dismissal through this process—though that might soon be changing thanks to a recent New York court case.

As if all this wasn’t bad enough, any certifications you earned can be suspended. For occupations that require licenses, which account for about 23 percent of US jobs, the government can revoke these permits, rendering you unable to do the job you went to school to do and thus unable to pay your loans back.

You might think this will never happen to you, but it is the predicament many millennials are currently facing. And to put the student loan default rate into perspective, it is four times higher than the delinquency rates for credit cards and residential mortgages.

College is supposed to set young adults up for success. But for too many, student loans have greatly inhibited their quality of life and their careers.

Gen Z, however, doesn't have to repeat these mistakes.

What Does the Future Hold for Gen Z?

A new study conducted by the organization Handshake, which surveyed more than 1,000 college students between the ages of 16 and 24 years old, shed some light on how the student loan crisis is shaping up for Gen Z.

The study estimates that 73 percent of Gen-Z students will graduate with student loan debt. The research also found that 8 percent of Gen Zers will likely owe less than $25,000, while 23.7 percent will have anywhere from $25,000 to under $50,000 in loans. Only about 3.5 percent of Gen Z graduates are expected to owe over six figures.

If the point of college is to prepare you for your future career, it’s important for Gen Z to carefully consider what path will lead them toward a prosperous and fulfilling one.

Of the men surveyed, 40 percent said they felt confident they would be able to pay off their loans in under five years, as opposed to the 25 percent of female respondents who said they felt the same. While that might seem feasible to these students now, the truth is we don’t know what the economy or the job market will be like in the next several years, so nothing is guaranteed.

If millennials have taught us anything, it’s that paying off these loans is not as easy as it might seem. So what else can be done?

While it could be argued that the whole higher education system needs an overhaul, for now, there are options available to young adults that do not involve accumulating massive amounts of debt.

College is the right choice for many, but it’s not the only choice.

Apprenticeships are currently on the rise in the US and offer participants the opportunity to learn a practical skill while getting hands-on and real-life experience. Instead of paying high tuition costs, apprenticeships allow you to earn while you learn.

If after the apprenticeship is complete, you decide you want to go to a traditional college, you now have the means to pay tuition without having to take out loans.

Another option is to opt for a community college, where tuition is less expensive, and take courses slowly while you work a part-time job. It might take a few years longer, but you will save yourself years of student loan payments.

The uncomfortable truth of the matter is that many college degrees will never be worth the $50,000 debt you went into in order to get your diploma. If the point of college is to prepare you for your future career, it’s important for Gen Z to carefully consider what path will lead them toward a prosperous and fulfilling one.

Luckily, Gen Z appears to be more financially savvy than millennials. The credit bureau TransUnion released a new study that looked at the credit profiles of Gen Zers. The research suggests that those who have already come of age are having an easier time paying off their debt and have higher credit scores than millennials did at their age. If this trend continues, we might not have to be as concerned for the up and coming generation.

The future is bright for Gen Z, but it can be even brighter if they heed the warnings of previous generations and stay away from the pitfalls of student loans.