As a part of my job, I travel to Washington, DC, fairly often. (More and more, it seems like everyone's business is centered in that place.)

The monuments and museums are impressive, and the city life is vibrant, but I can never shake the feeling that the nation's capital is a fake city.

Compare Washington to Chicago, America's "second city" and my favorite.

It's not that my trips there are bad. I see a lot of friends and colleagues, meet new people, and usually have pleasant and productive meetings. I've enjoyed walking around Georgetown, and I even got a behind-the-scenes tour of the Capitol Building by a friend who works there.

Rather, it's that, as a city, DC is a place removed from reality. It's a dream world, where the main economy really is zero-sum, and where people who work for, around, or on government are required to avoid practicing politeness.

Allow me to contrast DC with Chicago along three dimensions: geography, economy, and society.

Chicago exists where it does because it is accessible by water routes. The Chicago River, Lake Michigan, and others made it easier for people and goods to locate to this spot many decades ago.

The District of Columbia, although it too is located on a river, is situated where it is because of a political compromise between the North and the South. It sits between Virginia and Maryland so that no one geographic faction could too easily commandeer the levers of the federal government. DC was not located where it is because that place was the best place to build a city where people wanted to live or make things. It was spawned from contentious political wrangling over issues such as slavery.

Ask yourself whether so many people would live in the DC area were it not for all the power we've ceded to the federal government. Chicago, on the other hand, exists because its location offered unique advantages to people engaged in serving their fellow man. Washington is sited through human design; Chicago through human action.

Then there are the cities' economic differences. Chicago's economy was based originally on commodities such as fur and meat. It moved to manufacturing, printing, and trading to become the center of finance, banking, and education it is today. Each of these industries emerged locally because people specializing in them here made their services valuable to others. The city's economy changed because people stopped needing fur so much, meat became cheaper to produce elsewhere, and Chicago was no longer the best place for manufacturing.

Chicago's economy adapted and evolved according to the demands of others, while Washington's has not. Its economy has largely remained static, unchanging, and uncreative. That's not to say its economy hasn't grown — per capita income in the DC area is now highest among the 50 states, by far. This is because the federal government has amassed more and more power, money, and human capital as the years have passed.

Some time ago, I hadn't been to DC for a few years, and when I returned, I was shocked at how many ads I saw that aimed to persuade people in power to use your money and mine to fund private energy and agricultural companies. Unlike Chicago, Washington's economy is not based on creating true value for others. Rather, it is based on redistributing the wealth of the country and skimming some from the top. That skimming represents billions of dollars of wasted resources that might have been used to grow the economic pie had they remained available to those who create value, rather than fueling the ambitions of lobbyists, politicians, and government staffers.

But the most important contrast between Washington and an organic American city: society. Although five of Chicago's top six employers are government entities, most people and businesses here don't make their livings by dipping into a Niagara Falls of tax revenues.

That means business dealings are done much more on the basis of voluntary decisions. People expect to receive something valuable when they decide freely whether to exchange their money for something else. Likewise, the seller accepts the buyer's money because it is worth more to him than what he is peddling. If either condition isn't met, these people won't meet again. But when they are met — which is every time you buy a coffee from Starbucks — you have the opportunity to practice politeness with someone with whom you may have never interacted otherwise.

Voluntary exchange gives us the chance to act decently with people of different backgrounds and opinions. Of course, there is voluntary exchange in DC, and there are many opportunities for people to behave civilly outside of their work: concerts, museums, theatre, sports. But given that Washington's primary industry is government, these opportunities occur with less frequency there.

For example, if I am a staffer who works for Senator Red and you are one who works for Senator Blue, it's likely we'll regard the other with suspicion or contempt if we ever meet. Because government can only redistribute wealth created elsewhere, the government-centric economy really is zero-sum: if you win, I lose. Although some of this exists everywhere that government takes from some to give to others, it is most acute in Washington.

I admire the ornate buildings and monuments in Washington as much as anyone else. They're impressive feats of artistic and architectural expression. They remind us of our history. In those ways, they are valuable. But I am saddened when I think about how they inspire reverence toward government power as the means solve every problem.

DC is an artificial city. Chicago is real. 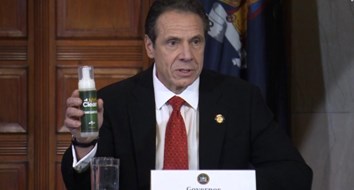 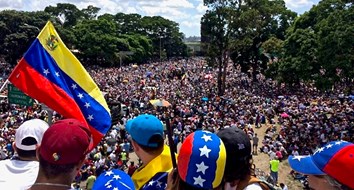 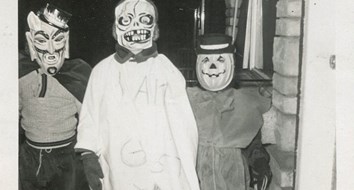