Could the Green New Deal Create More Climate Victims Than It Saves?

Today, CNN is televising a "climate crisis town hall" for Democratic presidential candidates. Meanwhile, Hurricane Dorian, after tearing through the Bahamas, is menacing Florida and the East Coast.

The candidates will surely point to the hurricane as they call for drastic measures against climate change. Tweeting about Dorian, Bernie Sanders has already offered his own recently released Green New Deal as a solution.

When we talk about a climate crisis this is what we mean.

Our people are in danger. And it's only going to get worse.

We have no choice but to pass a Green New Deal. https://t.co/jbtnlvDsYH

It certainly qualifies as drastic, calling for the complete decarbonization (no more fossil fuel use) of the economy by 2050. But, if desperate times call for desperate measures, perhaps extreme weather calls for extreme measures, especially when our own fellow Americans facing Dorian are at risk of becoming climate victims.

But what if the Green New Deal creates more climate victims than it saves?

Such a notion might seem ridiculous, if not for a striking fact. As Alex Epstein says in a popular video:

The International Disaster Database, a nonpartisan organization that tracks deaths from climate-related causes— such as extreme heat, floods, storms, and drought —shows that such deaths have been plummeting as CO2 emissions have been rising.

How is this possible? Because of the fossil fuel energy that emitted the CO2, which has empowered us to climate-proof our environment with heating, air-conditioning, sturdy buildings, mass irrigation, and weather warning systems.

Deadly exposure to the elements has been with us since before the dawn of humanity. Protection from the dangerous side of Mother Nature has always been one of our most vital challenges. That is why shelter is up there with food, water, and clothing among our most basic needs.

And as we produce more and get wealthier, one of the chief things we’ve purchased ever more of is security from the elements: including from climate-related dangers.

And the world has been getting richer at an incredible rate. Millions have been lifted out of abject poverty. It only makes sense then that humanity has simultaneously become less vulnerable to inclement weather.

But here’s the thing: That unprecedented rise in production and human security has only been possible thanks to harnessing the unprecedented energy abundance and reliability of fossil fuels. That’s why climate-caused deaths have plummeted as CO2 emissions have risen. As Epstein puts it:

Fossil fuel energy has not taken a naturally safe climate and made it unnaturally dangerous; it’s taken our naturally dangerous climate and made it unnaturally safe. Fossil fuels are not an existential threat. They are an existential resource because they increase something much more important than the level of CO2 in the atmosphere: the level of human empowerment. Increased life expectancy, income, health, leisure time, and education are all tightly linked to increased access to fossil fuels.

So what would happen if we “decarbonized” our economy as the Green New Deal would have us do? If legislation forced us to switch to far less abundant, less reliable sources of energy (which is what most “green” energy sources are), then production and wealth could decline dramatically. And impoverished people are less climate-durable.

Would decarbonization mitigate climate threats? Even if so, the question then becomes: would that mitigation offset the simultaneous rise in human climate-vulnerability?

Economic prosperity and climate security cannot be considered in isolated compartments. And we must not let alarm drive us to desperate measures that could create the desperate times they are supposed to prevent. 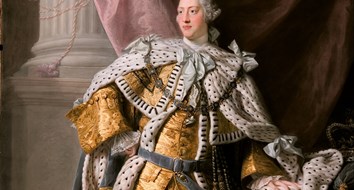