Brazil Is the New Greece

And 90% of government spending cannot be cut by law 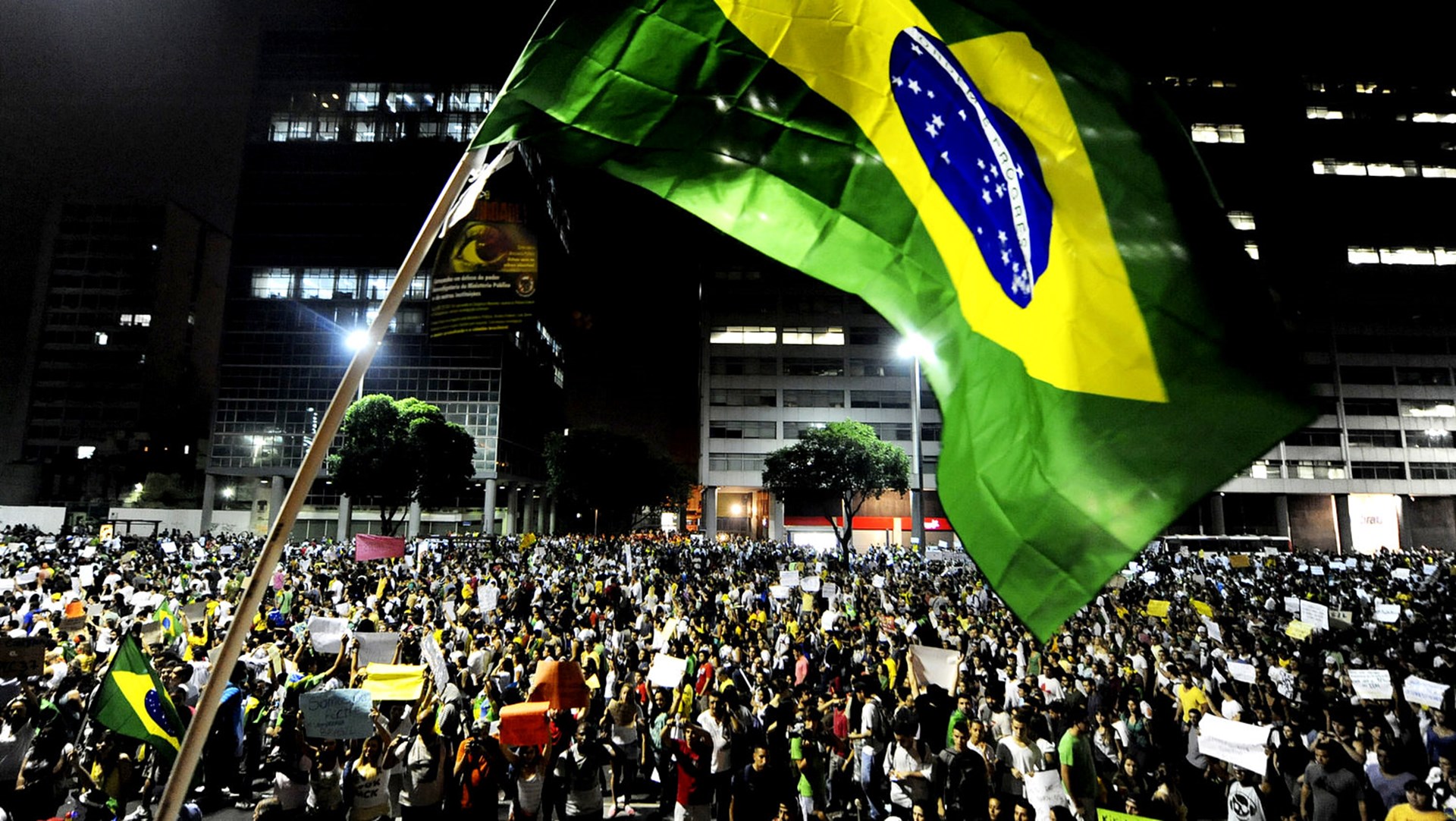 At 70% of GDP, public debt is worryingly large for a middle-income country and rising fast. Because of high interest rates, the cost of servicing it is a crushing 7% of GDP. The Central Bank cannot easily use monetary policy to fight inflation, currently 10.5%, as higher rates risk destabilising the public finances even more by adding to the interest bill. Brazil therefore has little choice but to raise taxes and cut spending.

Too often, at the popular level, there is a confusion between “austerity is bad” and “the consequences of running out of money are bad.”

Sophisticated analysts of fiscal policy do not make this mistake.

By the way, here is a long study of how Brazilian fiscal policy has been excessively pro-cyclical.

And how is Brazilian output doing you may wonder?

By the end of 2016 Brazil’s economy may be 8% smaller than it was in the first quarter of 2014, when it last saw growth; GDP per person could be down by a fifth since its peak in 2010, which is not as bad as the situation in Greece, but not far off.

Two ratings agencies have demoted Brazilian debt to junk status. Joaquim Levy, who was appointed as finance minister last January with a mandate to cut the deficit, quit in December.

Any country where it is hard to tell the difference between the inflation rate — which has edged into double digits — and the president’s approval rating — currently 12%, having dipped into single figures — has serious problems.

Since the constitution’s enactment, federal outlays have nearly doubled to 18% of GDP; total public spending is over 40%. Some 90% of the federal budget is ring-fenced either by the constitution or by legislation.

Constitutionally protected pensions alone now swallow 11.6% of GDP, a higher proportion than in Japan, whose citizens are a great deal older. By 2014 the government was running a primary deficit (ie, before interest payments) of 32.5 billion reais ($13.9 billion).

Brazilian commodity prices have fallen 41% since their 2011 peak, so I say Ed Prescott has earned his Nobel Prize right there.

The first underlying article/op-ed also is from the Economist. Without intending any slight to their other recent issues, the January 2-8 issue is one of their best in a long time. (I am very pleased to have bought it in advance at the airport rather than waiting to get to my copy back at home.)