Red flag laws have a history of bipartisan support. And when any piece of legislation has Democrats and Republicans locking arms in agreement, you know trouble lies ahead. 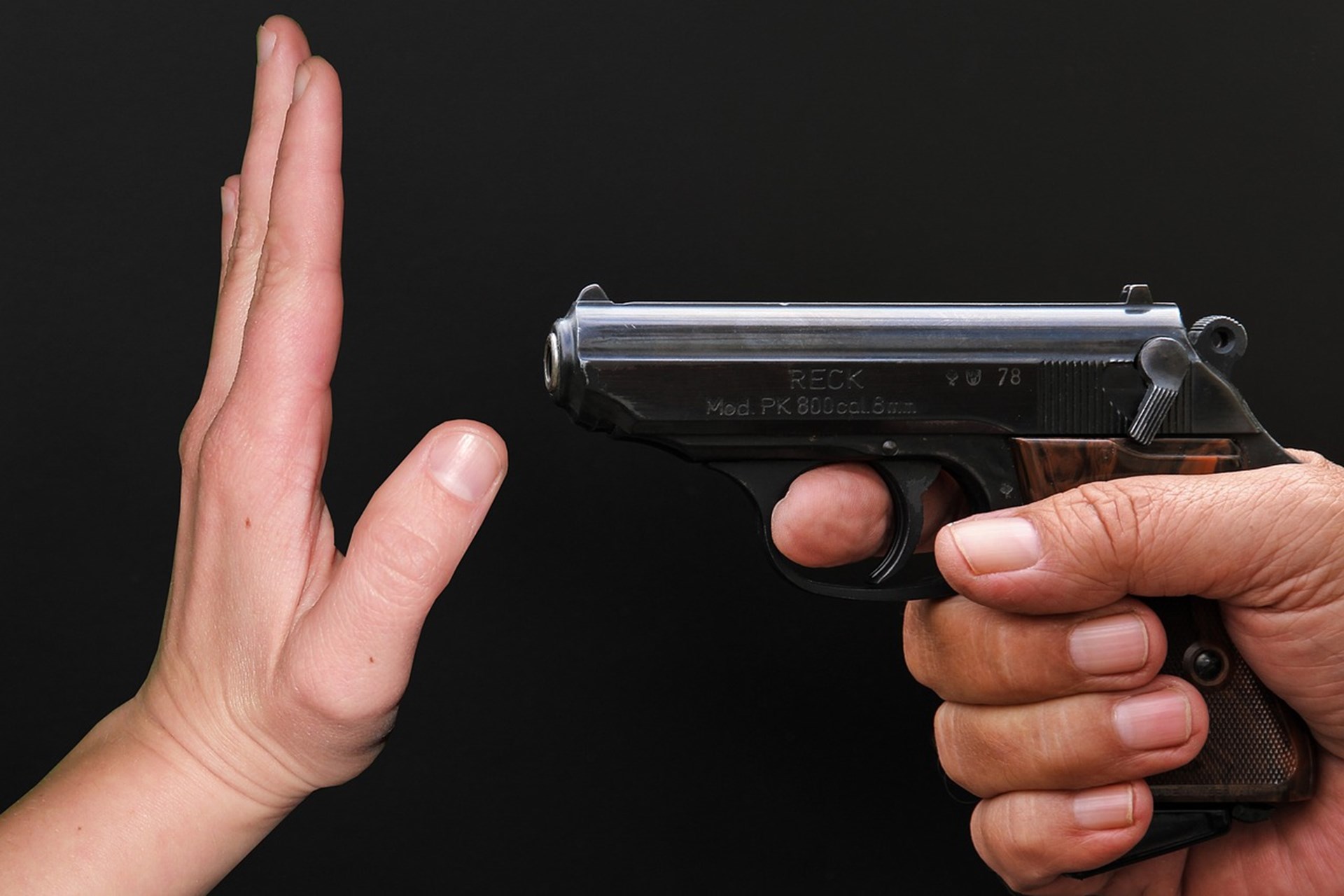 Is gun confiscation coming to Congress?

The 2018 midterm elections produced a split Congress with Democrats gaining control of the House and Republicans gaining seats in the Senate.

The chattering DC classes are already speculating about the Democrats' plans to subpoena Trump’s tax records and Senate Republicans’ moves to consolidate their hold of the federal judiciary. But amid the DC gossip, a new threat is being overlooked—red flag gun confiscation orders.

Ted Deutch, a Democratic congressman from Florida who represents Parkland, where a February school shooting left 17 dead, said this week that he expected House Democrats to focus on bills with more bipartisan support. Those measures included bump stock bans and “extreme risk protection orders”, also known as red flag laws, which give law enforcement and family members a way to petition a court to temporarily bar an unstable person from buying or owning guns.

With the cries for gun control growing stronger, the federal government may finally give in to public pressure to “do something.” Red flag laws might just be the “come together” moment establishment politicians have been looking for.

What Are Red Flag Laws?

Red flag laws, or Extreme Risk Protection Orders (ERPOs), are the euphemistic label for the gun control push du jour blazing across the nation. Under red flag laws, law enforcement has the ability to confiscate an individual’s firearms if they are deemed a threat to themselves or others. A simple accusation from a family member, friend, or associate will suffice to seize someone’s firearms.

These laws, mind you, operate in complete violation of due process. Individuals can take their accusers to court even though the defendant in question has never been charged with or convicted of a crime. Additionally, the defendant could have their weapons confiscated without even so much as a hearing before a judge. It could take months before a gun owner would have to appear in court to win back his gun rights.

Although it’s true that Congressional Democrats are making gun control a major theme of their legislative agenda, it’s naïve to think red flag laws are only relevant because “gun-grabbing” Democrats have taken power.

Thirteen states currently have red flag laws on the books, with dozens more filing their own versions. What started out as a state-level movement may have some legs at the federal level. Although it’s true that Congressional Democrats are making gun control a major theme of their legislative agenda, it’s naïve to think red flag laws are only relevant because “gun-grabbing” Democrats have taken power.

As we’ll see below, red flag laws have a history of bipartisan support. And when any piece of legislation has Democrats and Republicans locking arms in agreement, you know trouble lies ahead.

Despite their passionate campaign rhetoric, a significant portion of Republican politicians will change colors on gun rights once in DC. Several GOP members in the upcoming Congress stick out like a sore thumb when it comes to their gun control advocacy.

Lindsay Graham:  The South Carolina senator already introduced a red flag bill earlier this year. With the 116th Congress right around the corner, Graham will likely reach across the aisle with Democrat colleagues to move red flag legislation forward. Graham has opined that red flag legislation is the “place where we begin a long-overdue discussion about firearms and mental health. But we must start.”

Mitt Romney: The incoming Utah senator has an anti-gun record as governor of Massachusetts. As governor, Romney signed an assault weapons ban into law in 2004. In political fashion, Romney obscured his anti-gun act by turning to pro-Second Amendment platitudes during both of his presidential runs in 2008 and 2012. In a 2007 statement, Romney expressed that he does not “support any new gun laws including any new ban on semi-automatic firearms.” Nevertheless, the fallout from the recent Parkland shooting has made Romney reconsider the validity of enhanced background checks.

It’s only a matter of time before legislation is introduced in either chamber of Congress now that the Trump administration has endorsed red flag laws.

Trump Administration: Even the executive branch is joining in on the red flag craze. The Trump Administration’s Commission on School Safety recently released a report recommending red flag laws as a means to “address school safety and violence.” It’s only a matter of time before legislation is introduced in either chamber of Congress now that the Trump administration has endorsed red flag laws.

Even Larry Hogan, the Republican governor of Maryland, kowtowed to anti-gun pressure. On April 24, 2018, Hogan signed a series of gun bills, one which included a red flag law. In October, the first month Maryland’s red flag law went into effect, there were 114 requests to confiscate individuals’ firearms.

Maryland’s red flag law has not been without its fair share of controversy. At 5 am on Monday, November 5, two police officers came knocking on 61-year-old Gary Willis’ door to serve him a court order mandating that he turn over his guns. What seemed like a typical court order quickly turned deadly as one of the cops shot and killed Willis in a struggle that ensued. Quick to defend one of his own, Anne Arundel County Police Chief Timothy Altomare defended the cops’ action by callously claiming they “did the best they could with the situation they had.”

The tragic incident in Maryland is an ominous sign of what is to come should red flag laws gain more traction.

When society’s ideological compass is off, government transgressions can come at any time. The passage of red flag laws could be the straw that breaks the camel’s back.

Whether or not Republicans will support congressional iterations of red flag laws is anyone’s guess. The bigger problem at hand is an ideological one. When society’s ideological compass is off, government transgressions can come at any time. The passage of red flag laws could be the straw that breaks the camel’s back.

More than a century’s worth of Progressivism has normalized universalist ideas such as economic controls, big spending, never-ending wars, and now, gun control. Misguided conservatives can debate ad infinitum on the forums or their talk radio shows about how certain Republicans “sell out” or betray their movement.

This, however, ignores how selling out—rubber stamping big government, embracing globalism, and embarking on nation-building—has been the standard operating procedure for many conservatives throughout the last century. Gun rights will be no different.

Gun owners will need to de-program and recognize that decentralization, not the winner-take-all electoral slugfest we see at the federal level every four years, is the best way to secure their gun rights.