Aristotle’s arguments on property are still relevant today. Many free-marketeers have forgotten that there are more benefits of private property than mere economic efficiency. 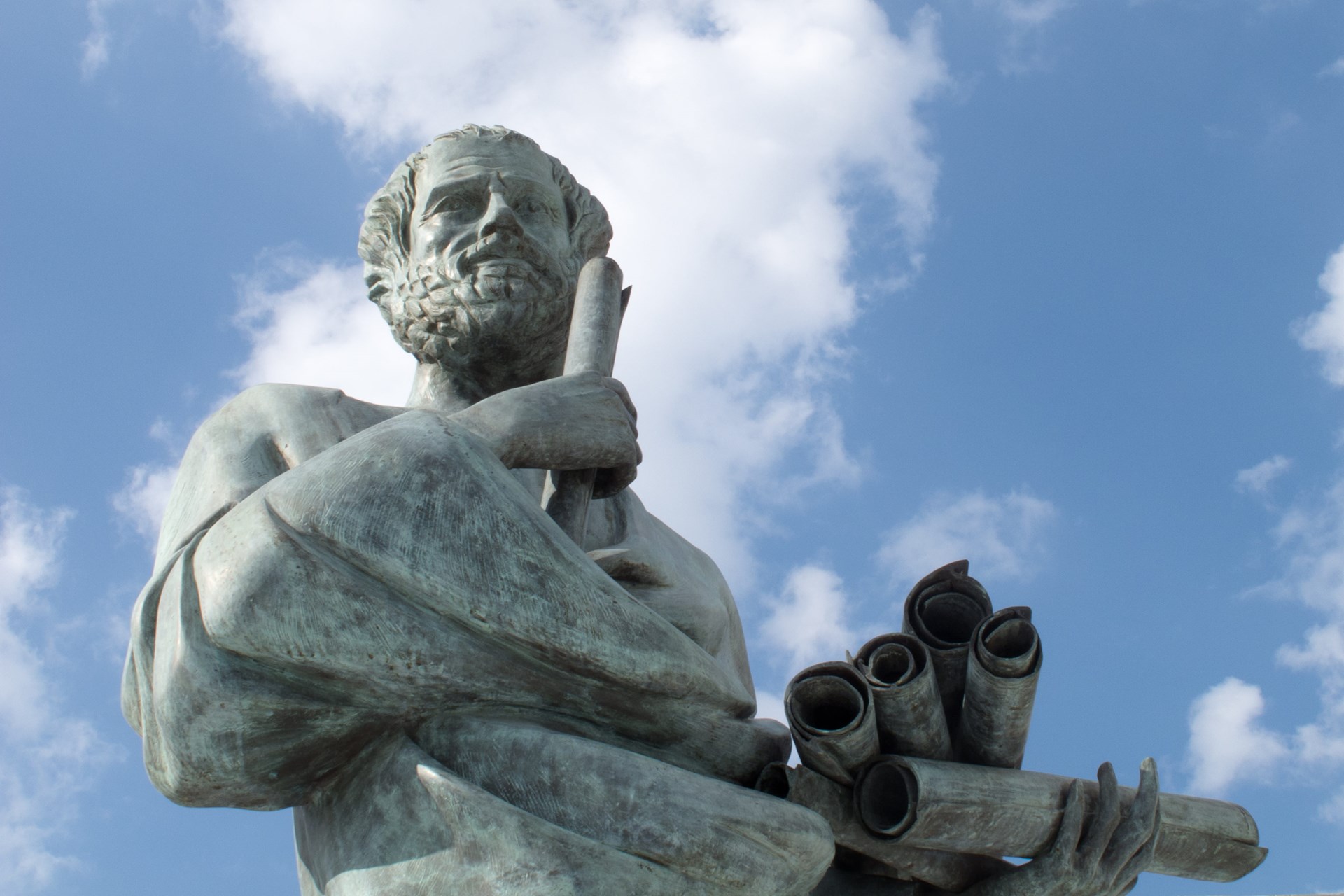 In "The Communist Manifesto," Karl Marx aptly summarized the implications of a communist society, stating that “the theory of the Communists may be summed up in the single sentence: Abolition of private property.” As an institution, private property has been a crucial factor in the flourishing of Western society and its political thought. However, its defense rarely extends beyond a calculation of its economic benefits. Many defenders of private property simply state that there is no viable alternative system and that private property is simply the best option of a bad bunch. This argument, with its pessimistic tone, hardly inspires much love for the concept of private ownership.

Thankfully, there have been numerous thinkers throughout history who have robustly defended and justified the institution of private property. Such figures are Cicero of Ancient Rome, Thomas Aquinas of medieval Europe, and John Locke of the early modern period.

The first extensive defense of private property comes from Aristotle, writing in the 4th century B.C. in response to the idea of communal ownership as espoused by his teacher Plato. Aristotle was a polymath who wrote extensively on ethics, logic, metaphysics, biology, astronomy, and rhetoric, to name a few of his interests. To this day, he is considered one of the most influential philosophers to ever live. In the thirteenth century, Thomas Aquinas referred to Aristotle as “The Philosopher,” demonstrating the immense level of respect Aristotle commanded.

On the subject of private ownership, Aristotle believed that external goods such as property and wealth could help people live a virtuous life. Unlike the more austere Plato, who recommended strict limits on wealth, Aristotle argued that “happiness also requires external goods in addition, as we said; for it is impossible, or at least not easy, to play a noble part unless furnished with the necessary equipment.” With this view in mind, Aristotle adopted a positive stance toward private ownership.

Aristotle’s arguments on the justification of private property are necessary to examine, as they have shaped the debate on property throughout history. In his seminal work Politics, Aristotle argued against communal ownership of property by demonstrating the superiority of private property in four core areas: efficiency, unity, justice, and virtue.

First, Aristotle argued that private ownership is simply more efficient than communal ownership. The latter increases the likelihood of neglect; since people are sharing something, everyone is more likely to assume that someone else is taking care of the situation, instead of taking responsibility themselves.

As the economist Milton Friedman argued, you spend no money more carefully than your own, and spend no money more liberally than someone else’s. Aristotle shared this stance, writing that “people pay most attention to what is their own; they care less for what is common.” He asserted that people have an incentive to be productive with what they are uniquely responsible for since they will, therefore, benefit directly from their own efforts. On the other hand, communally owned property will not produce the same incentives because the fruits of people’s efforts will not solely be their own. Modern defenders of property tend to stop here, but Aristotle went beyond issues of allocative efficiency, adopting a broader approach.

Critics of private property tend to demean property as atomistic, claiming that its adoption creates a society of “rugged individualists” who refuse to cooperate with one another. Aristotle sharply disagreed with this view, arguing instead that private property in fact fostered unity, while communally owned property bred constant strife and discord. On the subject of communal ownership, he writes that “in general, living together and sharing in common in all human matters is difficult, and most of all these sorts of things.”

Association is not a bad thing by any means, but having people share essential resources in common opens the door to potential conflict and widespread discord; “It is a fact of common observation that those who own common property, and share in its management, are far more at variance with one another than those who have property separately.” In owning things for ourselves we avoid the constant strife that arises from compromise with others over the crucial aspects of our lives. Aristotle concludes that “when everyone has his own separate sphere of interest, there will not be the same ground for quarrels.”

In his Nicomachean Ethics, Aristotle asserts that justice is defined by equals getting equal rewards and unequals getting unequal rewards. When this view is applied to the notion of communally owned property, an issue arises. “For if people are not equal, they will not possess equal things, but from this comes fights and accusations… For everyone agrees that the just in distributions must be according to some worth; the worth however, everyone does not call the same thing.” For Aristotle, justice constitutes being rewarded what you are worth, therefore unequal abilities result in unequal rewards. Aristotle considers this to be a benefit of the private property system in which people are rewarded whatever price they themselves can command. He believes that in a system of communal ownership, problems are bound to arise where some people work more than others yet receive the same reward. This issue naturally causes discontent, but it is also unjust as it treats everyone equally to the detriment of those who dedicate more of their efforts to working.

Aristotle believed that using one’s property to aid friends was a great practice; “doing favors and helping friends, guests or mates is most pleasant, and this only happens when property is private.” In his opinion, generosity and charity can only exist in a society which upholds private property. If everyone communally owns everything then no one can aid one another. Aristotle writes of “generosity concerning possessions, for no one will be known to be generous or do generous actions, since the work of generosity is in the use of one’s possessions.” The communal ownership of property thus stunts the virtues of generosity, moderation, and charity. Therefore property is not only an efficient mode of production as well as a unifying agent; it is also a vital tool for the cultivation of certain virtues.

One could argue that communal property could also be utilized for virtuous purposes, but this would be misleading. Virtue must be cultivated through free, uncoerced action. Aristotle begins book three of Nicomachean Ethics by saying that “since virtue is concerned with passions and actions, and on voluntary passions and actions praise and blame are bestowed, on those that are involuntary pardon, and sometimes also pity.” In this way, the coercion of communal property nullifies the individual’s possibility for virtue as it removes personal choice.

Aristotle’s arguments on property are still relevant today. Many free-marketeers have forgotten that there are more benefits of private property than mere economic efficiency. Using Aristotle as a guide, we can adopt a more humanistic approach to private property, thus acknowledging that private ownership is not only economically viable but also unifying, virtuous, and just.

Paul Meany is a student at Trinity College Dublin studying Ancient and Medieval History and Culture.