Take guns. In 1990, just 19 percent opposed “stricter laws covering the sale of firearms.” In 1991, barely half opposed a law that would “ban the possession of handguns.” In 2014, those numbers had risen to 52 percent and 73 percent, respectively. 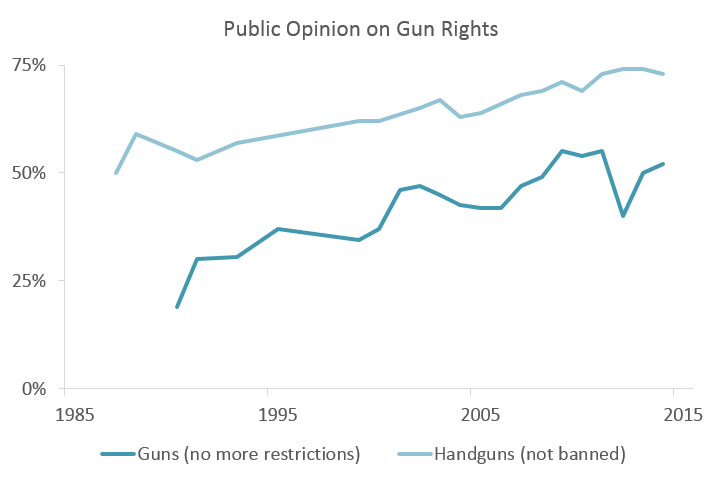 On gay rights, Americans have also turned dramatically libertarian. In 1988, just a third of Americans thought gay and lesbian relations should be “legal.” In 1996, only 27 percent thought gay marriage should be legal. In 2014, Americans favored legalizing both homosexuality and same-sex marriage by 69 percent and 60 percent, respectively. 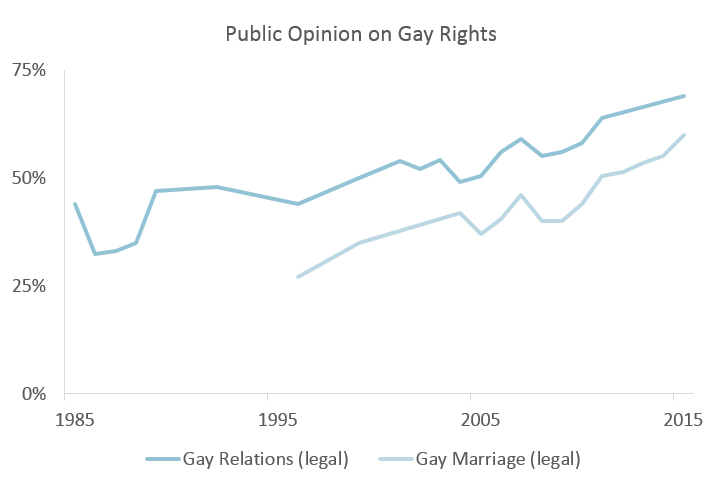 Views on marijuana underwent a similarly quick turn. In 1995, just 25 percent of Americans favored legalizing marijuana. In 2014, it was a 51 percent. 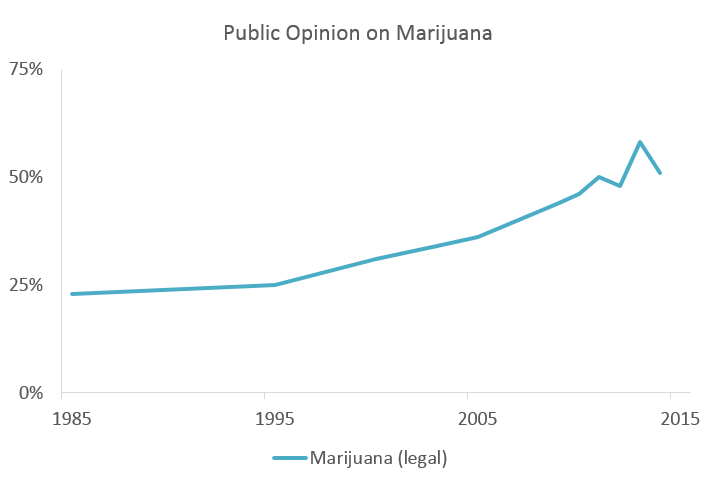 On immigration, Americans are also much more open today. In 1996, only 38 percent opposed further restrictions on immigration; in the 1980s, just 41 percent favored legalization of unauthorized immigrants. In 2013, those numbers were 63 percent and 69 percent, respectively. 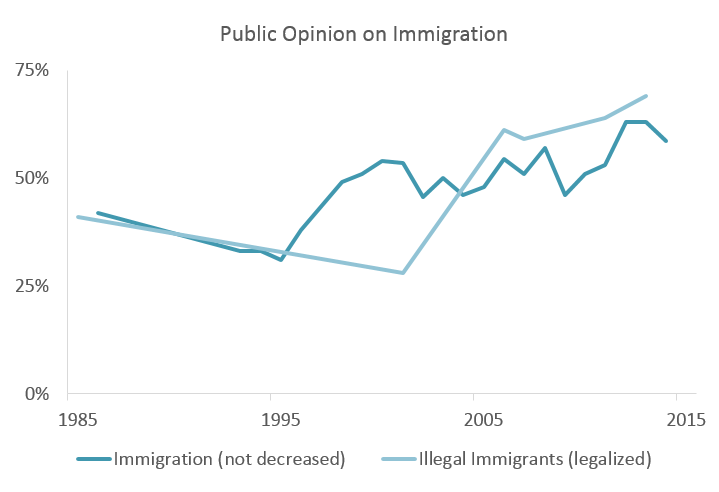 This corresponds with an increase in the percentage of respondents indicating that the federal government has “too much power.” In 2003, the first year the poll was taken, 39 percent agreed. In 2013, the number hit 60 percent. 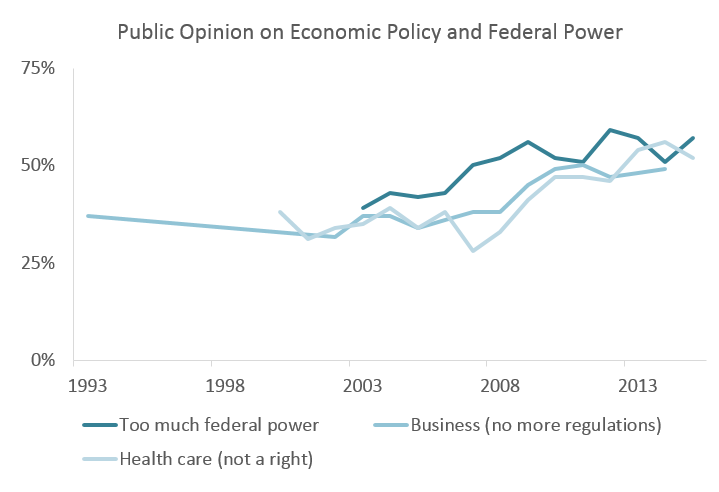 This isn't a fluke. Political scientists Peter Ens and Julianna Koch pooled together hundreds of thousands of poll responses over the last fifty years to measure the public's "policy mood" (a measure of preference for more or less government). They found the public has become dramatically more economically conservative since the 1960s, and this shift happened in all fifty states and in every region of the country.

The public has also become more libertarian on foreign policy, the draft, and the environment. 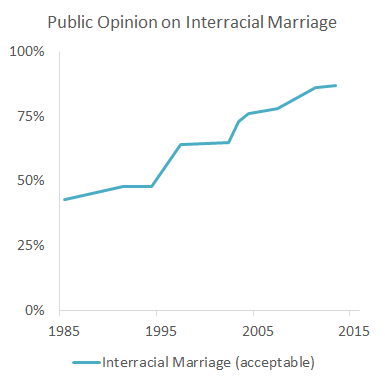 Perhaps the most startling sign of how quickly the culture has changed is on interracial marriage, something that we absolutely take for granted today. But as late as 1994, only 48 percent of American thought it was “acceptable” for blacks to marry whites. Today, it’s 87 percent.

Unfortunately, while the public at large is moving in a libertarian direction on many issues, the political parties are still representing the preferred statism of their base, even if its broader appeal is shrinking. Politicians are still catering to special interests in their constituencies, and long-established bureaucracies are still there and grinding away at our freedoms.

America today is light years ahead of where it was just a couple decades ago — whether that will translate into concrete change remains to be seen. But on at least three issues (gay rights, marijuana legalization, and gun rights), we have already seen a sea change in policy.