A Tribute to Friedrich Hayek

Hayek taught us why markets are preferable to central planning. 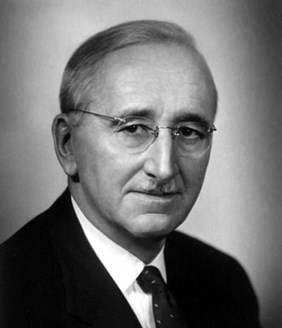 Yesterday (March 23) was the 25th anniversary of the death of the great Nobel economist Friedrich Hayek. For a very detailed and extensive overview of Friedrich’s life and intellectual contributions you can visit his Wikipedia page here.

Friedrich Hayek was one of the most influential thinkers of the 20th century and his work still resonates today with economists, scholars and lovers of liberty around the world. A quarter century after Hayek’s death, his ideas are increasingly relevant in an era where many governments grow ever larger and more interventionist. To honor the contributions of a giant in economics, here are ten items:

Hayek died 25 years ago today, yet his ideas are very relevant to the 21st century. He was the person who saw most clearly that knowledge is held in the cloud, not the head, that human intelligence is a collective phenomenon.

The “cloud”, the crowd-sourced, wikinomic cloud, is not a new idea at all. It has been the source of human invention all along. That is why every technology you can think of is a combination of other technologies, and why simultaneous invention is so common as ideas come together to meet and mate when mature.

Which is, of course, why the internet is such an exciting development. For the first time, humanity has not just some big collective brains (called trade networks), but one truly vast one in which almost everybody can share and in which distance is no obstacle.

(ht/Don Boudreaux for this item, and a special thanks to Don for reminding me of today’s importance.)

2. The Cato Institute’s David Boaz writes about Hayek today on the Cato at Liberty blog “25 Years Later, Is It Still the Hayek Century?”:

Hayek lived long enough to see the rise and fall of fascism, national socialism, and Soviet communism. In the years since Hayek’s death economic freedom around the world has been increasing, and liberal values such as human rights, the rule of law, equal freedom under law, and free access to information have spread to new areas. But today liberalism is under challenge from such disparate yet symbiotic ideologies as resurgent leftism, right-wing authoritarian populism, and radical political Islamism. I am optimistic because I think that once people get a taste of freedom and prosperity, they want to keep it. The challenge for Hayekian liberals is to help people understand that freedom and prosperity depend on liberal values, the values explored and defended in his many books and articles.

3. This is probably my all-time favorite Hayek quote, from his 1945 article in the American Economic Review “The Use of Knowledge in Society,” and the last sentence is pure genius:

The marvel [of the price system] is that in a case like that of a scarcity of one raw material, without an order being issued, without more than perhaps a handful of people knowing the cause, tens of thousands of people whose identity could not be ascertained by months of investigation, are made to use the material or its products more sparingly; i.e., they move in the right direction. This is enough of a marvel even if, in a constantly changing world, not all will hit it off so perfectly that their profit rates will always be maintained at the same constant or “normal” level.

I have deliberately used the word “marvel” to shock the reader out of the complacency with which we often take the working of this mechanism for granted. I am convinced that if it were the result of deliberate human design, and if the people guided by the price changes understood that their decisions have significance far beyond their immediate aim, this mechanism would have been acclaimed as one of the greatest triumphs of the human mind.

4. Also from his AER article “The Use of Knowledge in Society,” Hayek explained why a decentralized market system is always infinitely superior to central planning….. and why a centrally planned government takeover of a country’s medical system like Obamacare just simply won’t ever work.

If we can agree that the economic problem of society is mainly one of rapid adaptation to changes in the particular circumstances of time and place, it would seem to follow that the ultimate decisions must be left to the people who are familiar with these circumstances, who know directly of the relevant changes and of the resources immediately available to meet them. We cannot expect that this problem will be solved by first communicating all this knowledge to a central board which, after integrating all knowledge, issues its orders. We must solve it by some form of decentralization.

5. Here’s another favorite Hayek quote (on “social justice”), from Law, Legislation and Liberty, Volume 2: The Mirage of Social Justice (1978), featured as a Notable and Quotable item in the Wall Street Journal in 2014:

In the West the rise of the great masses to tolerable comfort has been the effect of the general growth of wealth and has been merely slowed down by measures interfering with the market mechanism. It has been this market mechanism which has created the increase of aggregate income, which also has made it possible to provide outside the market for the support of those unable to earn enough. But the attempts to “correct” the results of the market in the direction of “social justice” have probably produced more injustice in the form of new privileges, obstacles to mobility and frustration of efforts than they have contributed to the alleviation of the lot of the poor.

6. Essential Hayek is a project of the Fraser Institute (Canada’s leading public policy think tank) and includes a book by George Mason Professor Don Boudreaux (The Essential Hayek, with a forward by Vaclav Klaus, available here for free), an Essential Hayek website including a great collection of Hayek resources, and a series of videos (three are featured below and there are more here), that aim to explain Hayek’s ageless economic ideas in common, every-day language. It is a great resource for all who value economic liberty and want a greater understanding of Hayek’s timeless insights about economics and markets.

7. The video above provides an overview of Hayek’s life, his accomplishments, and the events that influenced his thinking.

8. One of Hayek’s best known ideas and perhaps his most profound insight is the role of prices in conveying information. This topic is explored in the video above and in more detail in Chapter 2 of The Essential Hayek.

9. The Hayek quotes below are available here at the Brainy Quote website. In bold are some current issues that Hayek might be addressing today, even though these quotes originally appeared in Hayek’s writings many, many decades ago:

Minimum Wage: “We know, in other words, the general conditions in which what we call, somewhat misleadingly, an equilibrium will establish itself: but we never know what the particular prices or wages are which would exist if the market were to bring about such an equilibrium.”

Political Solutions: “To act on the belief that we possess the knowledge and the power which enable us to shape the processes of society entirely to our liking, knowledge which in fact we do not possess, is likely to make us do much harm.”

Terrorism: “‘Emergencies’ have always been the pretext on which the safeguards of individual liberty have been eroded.”

The Welfare State: “A claim for equality of material position can be met only by a government with totalitarian powers.”

War on Drugs: “If we wish to preserve a free society, it is essential that we recognize that the desirability of a particular object is not sufficient justification for the use of coercion.”

10. In another Essential Hayek video below, Hayek’s work on economic booms and busts, for which he was awarded a Nobel Prize in Economics in 1974, is explained.