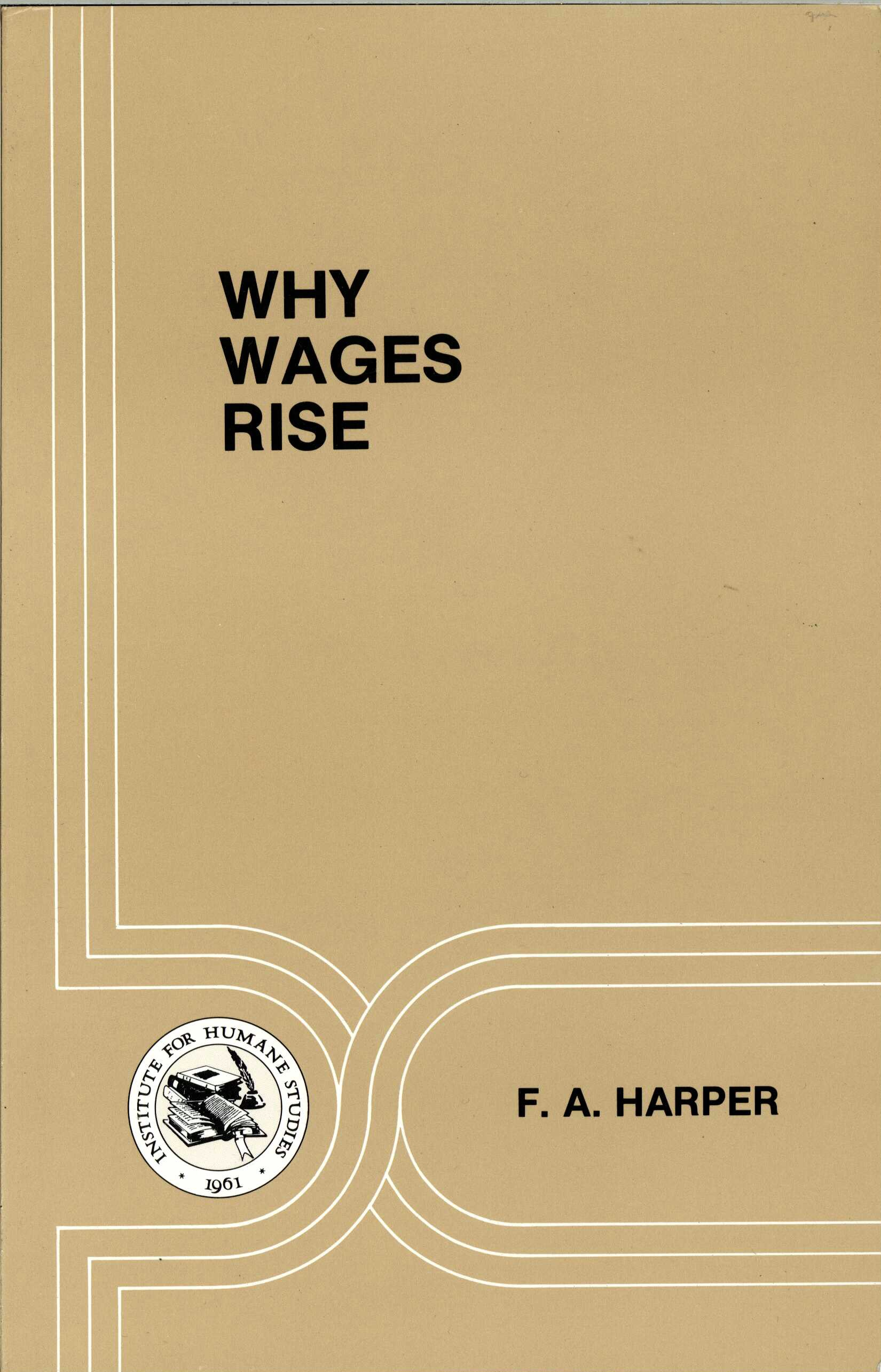 In Why Wages Rise, F.A. Harper addresses the common fallacies surrounding wages.  Among the incorrect views discussed in this book are those held by Keynesians and socialists, whose understanding of the wage system contradicts what is actually true. Harper discusses that wages are a result of efforts by the worker, not a labor union, and that the time spent improving ones skills ultimately benefits the worker.

Floyd Arthur "Baldy" Harper (February 7, 1905 – April 1973) was an American academic, economist and writer who was best known for founding the Institute for Humane Studies in 1961. He worked with FEE in its early years.