Voting Does Not Advance Liberty

Engaging in the political spectacle only serves to reinforce it 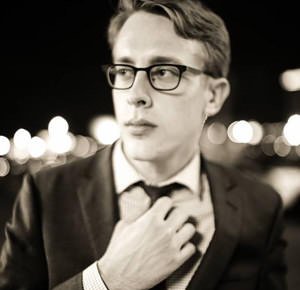 Few pillars of American society are regarded as highly as the right to vote. Yet, at the end of the day, voting does not advance liberty. Rather, it sanctions the status quo and encourages uncivilized behavior. It’s also a waste of time — time that could be spent actually advancing liberty.

For starters, the numbers suggest that voting doesn’t correlate with freedom. In their most recent presidential elections, nine of the most economically oppressed nations in the world — Argentina, Chad, Democratic Republic of Congo, Equatorial Guinea, Iran, Republic of the Congo, Turkmenistan, Venezuela, and Zimbabwe — had an average voter turnout of 73.04 percent. The worldwide average was 66.2 percent. In freer countries like Switzerland, not even half the populace bothered to vote.

Maybe the Swiss are onto something.

Engaging in the political spectacle only serves to reinforce it. After all, most politicians agree on substance: yay to taxes, war, welfare, privacy invasions, social policing, and so on. Rather than focus on substantive issues, politicians clamor about marginal controversies — because they have to. The only way to win is by widening any ostensible disparities. Neither candidate has any interest in a display of agreement.

During the campaign, politicians treat prospective voters like kings. After the election, the winner completes a bait-and-switch, as Frédéric Bastiat points out in The Law: “When the legislator is finally elected — ah! then indeed does the tone of his speech undergo a radical change.… The people who, during the election, were so wise, so moral, and so perfect, now have no tendencies whatever.”

Many of us recognize the unsavory nature of politics but vote anyway. But regardless of which candidate you choose, voting signals that one is content with the status quo. In other words, the very act of voting suggests that you’re happy with choosing between two mediocre alternatives, so long as you have a choice. Outside of politics, however, alternatives never stop at two — they’re infinite.

Voting also encourages voters to act in uncivilized ways. It brings out the worst in us. Normally, we frown upon insults and hatred. Come election time, though, it suddenly becomes okay to accost your neighbor — so long as she’s a member of that other party. Campaigns, rallies, and voting booths turn otherwise pleasant people into antisocial thugs.

Voting is also a colossal waste of time. Let’s say you vote once every two years. Over the course of your life, you’ll spend literally days at the polling place — and in all that time, odds are you will never once decide the result. There are better ways to advance liberty.

Instead of voting, throw your energies into entrepreneurship. Because the government will always be reactionary, the productive among us will always be one step ahead. And your abstention will send a message to the State: “You are irrelevant to me!”

Throughout history, the most powerful changes have materialized outside the political system. Gutenberg didn’t waste his time voting or trying to get elected. Instead, he invented moveable type and ushered in the printing revolution. Voting didn’t invent the automobile. It didn’t cure polio. The State has never increased our standard of living; only peacefully cooperating individuals have.

Today, inventions like 3-D printing, driverless cars, and bitcoin have the clear potential to improve our lives. Two hundred years from now, it won’t matter who won an election in 2014. What will matter are the discoveries, inventions, and efforts of private entrepreneurs attempting to satiate our ever-evolving demands.

Unfortunately, voting eats away at the entrepreneurial spirit: it lulls people into a false sense of accomplishment. Once they’ve cast their ballots, voters feel no obligation to continue advocating for their cause. It’s like the religious man who goes to church every Sunday but acts immorally the rest of the week. (Well, at least he goes weekly.)

Even if you’re not the entrepreneurial type, you can still do better than electoral politics. There is a way in which we already vote every day — not by drawing lines or checking boxes, but with our minds and our money.

Commercial “elections” take place an incalculable number of times every day across the globe. Markets present real choices among infinite alternatives. We make individual commercial decisions that affect ourselves and others. What emerges from this gallimaufry of countless interrelated transactions is nothing short of miraculous. Thousands of years of comparably infinitesimal commercial “elections” have culminated in the wonders of civilization that we enjoy today.

Every decision simultaneously affects demand, supply, and price, and ultimately leads to a more preferable society. Choosing Burger King over McDonald’s, regular over decaf, or leather over suede are all actions vastly more influential to the future composition of society than choosing the elephant over the donkey. No matter for whom you vote in a political election, the government always wins. But if enough people stop “voting” for Duracell batteries, eventually they won’t exist.

What’s more, the market process is peaceful. Compare the grocery store to a political rally. Which is more civilized? In the realm of mutually beneficial commerce, we tend to get along.

On November 4, you could visit the voting booth. Connect the arrows for your favorite politician. Send a signal: “I’m perfectly fine with the way things are. Don’t change a thing. I’ve done my part now.” The State will emerge victorious — just as inert, stubborn, and monstrous as ever.

Or, you could go see a movie. Purchase a ticket. Send a signal to all the theater owners and all the movie producers: “I prefer this movie over that one. In fact, I prefer watching a movie over everything else I could be doing right now.” You’ll help shape the future. You might even have some fun.