The Man in the High Castle: How Individualism Saved the World

A Utopia that cannot respect the rights of the smallest minority is itself not worth respecting. 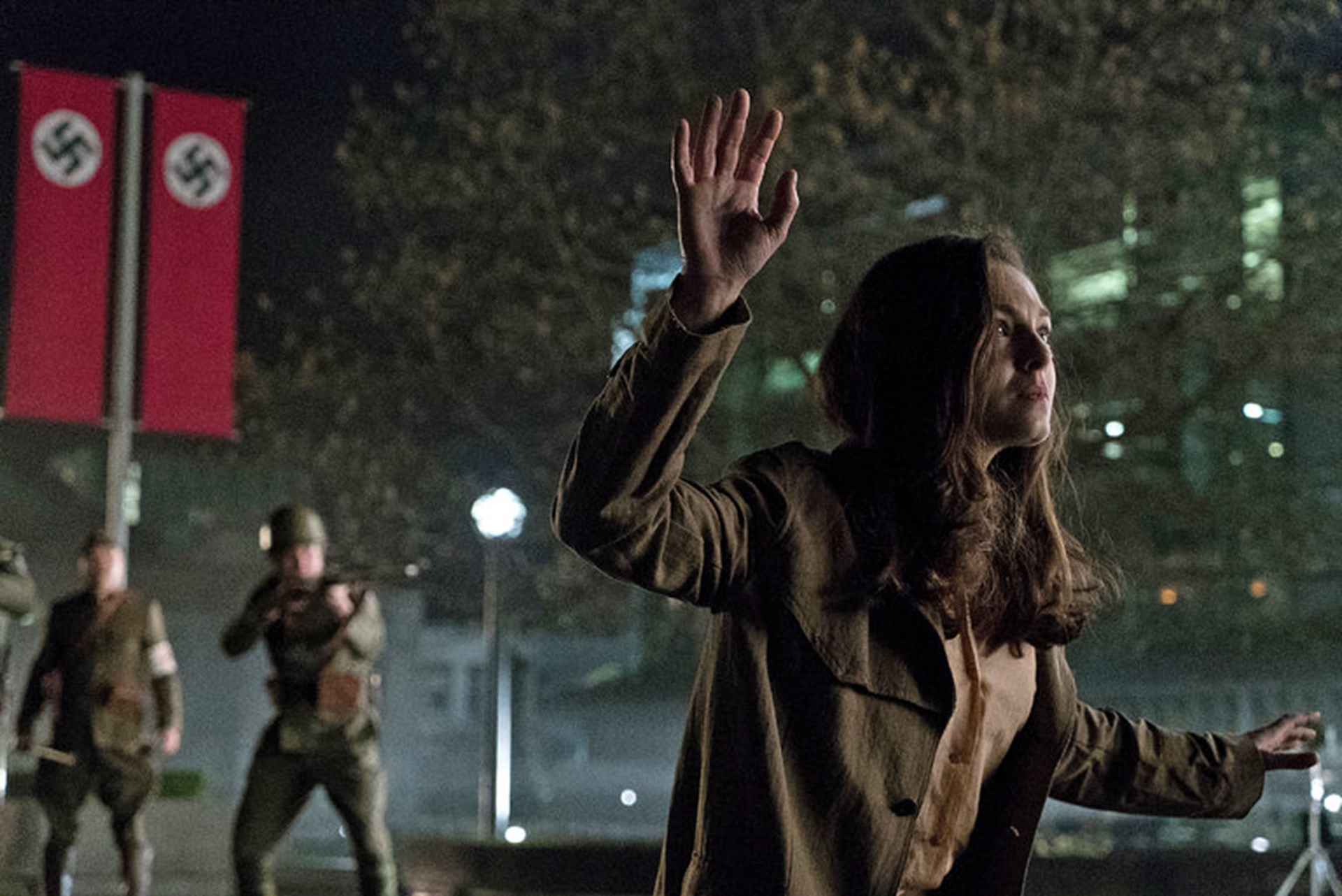 Last weekend I watched all two seasons of the amazing Amazon series The Man in the High Castle. Its premise is fantastical, but it is the parallels with our reality that make watching it so rewarding.

The series tells of an alternate reality, where the Axis powers won World War Two after the Nazis dropped a nuclear bomb on Washington DC. America is divided into the Greater Nazi Reich and the Japanese Pacific States.

Everything about the series breathes impending doom. The threat of nuclear holocaust permeates most episodes. High-ranking military of both the Reich and the Pacific States are constantly poring over maps, looking for the most strategic places to inflict damage on enemy soldiers and civilians.

In this alternate reality, the basics of warfare are naked, uncushioned by human rights conventions and codes of conduct that were only implemented after the Allies secured victory using the barbaric methods they would later ban (and reintroduce).

Who cares about American women and children? As long as Japan wins.

Nowhere in the many times the world is almost turned into a radioactive wasteland are casualties other than those of their ‘own’ soldiers and civilians judged as significant by the generals on either side. Himmler calls the loss of hundreds of thousands of American lives from Japanese retaliation “acceptable losses”. Who cares about American lives? As long as the Reich wins.

The lives on the ‘other side’ usually only enter the equation as an afterthought, or when determining the best ways to ensure maximal damage. The ruthless Japanese general Onoda orders the shipment of enriched uranium concealed in public buses, which means exposing unsuspecting men, women and children to lethal levels of radiation. When the gentle and peace-seeking Trade Minister Tagomi objects, general Onoda simply retorts “American women and children, not Japanese.”

Who cares about American women and children? As long as Japan wins.

This is where the series is at its most chilling, because this line of reasoning is lifted directly from the pages of our own history books.

Obergruppenführer John Smith, in a spine-tingling performance by Rufus Sewell, does not fall into the trap of dehumanizing, and consequently underestimating, his opponents. After narrowly surviving an assassination attempt, Smith firmly rejects the description of his assailants as vermin. Vermin that came so close to killing a high ranking Nazi deserves more credit, and caution.

Recognizing that your opponent is human is a first step to recognizing his humanity and individuality. Once you recognize your enemy as an individual, it becomes possible to judge him by the contents of his character, not the color of his uniform. It is no wonder why militaristic regimes in factual and counterfactual history have tried to prevent their populations from going in that direction. The series’ heroine, Juliana Crain, does exactly that. Her character shows us both the monumental importance and the severe consequences of looking for individual goodness in a collectivist world.

A History of Moral Ambiguity

Back in our own dimension, Oppenheimer, the physicist in charge of the Manhattan Project that resulted in the first use of atomic weapons over Japan, was shocked by the devastation his creation had wrought. This did not mean that he was sorry for killing Japanese civilians. He only feared the consequences of atomic devices in the future, when they could threaten Americans and the rest of the Western world. Who cares about the Japanese? As long as America wins.

John von Neumann, by all accounts one of the most brilliant people to have ever lived, volunteered his groundbreaking calculations for the perfect altitude of detonation over Hiroshima and Nagasaki for maximum impact. The experience hadn’t deterred him in the least. Von Neumann was quoted in 1950 remarking, "If you say why not bomb [the Soviets] tomorrow, I say, why not today? If you say today at five o'clock, I say why not one o'clock?"

The rabidly anti-communist von Neumann sounded suspiciously like the Communists, criticised by Camus:  “In the Marxian perspective,” he wrote sweepingly, “a hundred thousand deaths is a small price to pay for the happiness of hundreds of millions.” Who cares about a few million communists? As long as the American way of life is safe.

Not all involved were so unaffected by the detonation of The Bomb. Although historical sources indicate that the remorse felt by repentant nuclear scientists was not altogether redeeming:

“Many of these dissident scientists, however, had been all too eager to drop the bomb on Germany—casting a shadow over the consistency of their moral position: were they opposed to the nuclear destruction of all innocent civilians, or just non-German ones? Were their principles absolute or relative?”

Individual lives that have no clear use to the political ideology of the group are of no value.  Military strategy is antithetical to philosophies of universal humanity and blind to individuality. ‘Do not forget that she is a Nazi’, a member of the resistance tells Juliana when she starts to feel pity for her new ‘friend’ at learning of her inability to have children in the motherhood-obsessed Reich.

Instead of asking the question ‘am I dealing with a good person?’ the majority of characters in the series ask ‘whose side are you on?’. The resistance even tries to kill Juliana because her regard for individuals over ideologies leaves its members unsure ‘whose side’ she is on. Individual lives that have no clear use to the political ideology of the group are of no value.

This holds equally true for the resistance, as it does for the Nazis and the Japanese. Peons act according to their designated role, there is no room to deviate from the mold. If you try to break free from it, or even acknowledge moral ambiguity in others, you will be torn apart from all sides, especially ‘your own’.

In real and imaginary war, the adage, “if you’re not with us, you’re against us”, applies to all.

His inscrutable position in this volatile powerplay comes at a particularly high price for Obergruppenführer John Smith, when his son Thomas is diagnosed with incurable muscular dystrophy. The law in the Reich states that all patients with incurable illnesses - “useless eaters” - are to be euthanised. Only when the cruel reality crosses over from the outside world into his own does Smith begin to question and break the rules he so mercilessly enforces on others, setting in motion a clandestine plan that will help save the world from destruction.

Who laments depriving a single individual of the chance to live a meaningful life, when it brings you closer to Utopia?Juliana’s personality is the exact opposite of Smith’s. Her humanity prevents her from sacrificing Thomas by disclosing his illness to the resistance, even if the personal price for this act of mercy is her own death. When the resistance finds out about Thomas’ condition, they immediately try to weaponize it to bring down his father. Ensuring that John will be executed for treason by his own Nazi party is too good of an outcome to care about the collateral death of an innocent boy.

The conflict between the humanity of Juliana and the consequentialism of the resistance is made explicit when Juliana cries “He is just a boy!” to which the resistance agent retorts “a Nazi boy.” Because who in their right mind cares about a Nazi boy as long as the resistance wins? Who laments depriving a single individual of the chance to live a meaningful life, when it brings you closer to Utopia?

When Juliana hears the resistance fighter defend the death of a child with the cynical logic “he is sick anyway”, she collapses in despair and says “You sound just like them”, before acting in a way that changes the course of history. In that moment, she realized that the most terrifying thing about any ideology is not its goals, but its means.

A Utopia that cannot respect the rights of the smallest minority is itself not worth respecting.

Andrea Speijer-Beek is a philosopher, essayist, and the founder and editor-in-chief of Dutch libertarian website Vrijheid Zonder Maar.