Patents Are a Government Creation

By Jeffrey A. Tucker 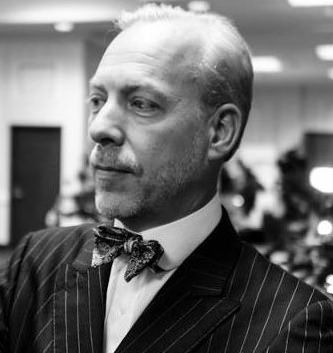 If patents for inventions were part of the free market, to make and sustain them would not require legislation, constitutions, bureaucracies, filings, armies of attorneys, and years of litigation. They would exist in the same way regular property rights exist. From time immemorial, people have owned stuff. They’ve used stuff. They make deals and trade. No one is harmed.

But with patents, a government agency causes them to exist. Once the apparatus is in place, you hire an attorney. You hammer together just the right claim. If it looks vaguely unique—lawyers specialize in this—three years later, you get back a sheet of paper that guarantees you an exclusive right. This is not a right for you to make a thing. It is a right for you to exclude others from making that thing.

In other words, a patent is a license to coerce third parties who may or may not know anything about your supposed invention. It doesn’t matter if someone else invented your widget completely independently. You now own the government-granted right of monopoly privilege. Patents are no more or less than that.

The whole subject of “intellectual property” (IP), of which the patent is one type, confuses people who otherwise believe in property rights. IP is not a property right such as the one you own over your shoes or house or business. It is manufactured right, one invented by legislatures and bureaucracies to back some producers over other competitive producers.

Along with tariffs, patents were the earliest form of crony capitalism. And they have been dragging down the pace of economic innovation from the beginnings of the Industrial Revolution to the present, from the steam engine through the smart phone. They throw barriers in the way of the discovery component of the market process and entangle enterprise in a thicket of lawsuits.

In a free market, a commercially successful producer with a new and economically viable product can hope to experience a period of profitability just by being the first to market. It takes a while for others to observe the success, speculate on its continuation, roll out a new version, and get it to market. It is never enough to copy. You have to improve to beat the market leader. This is how the free market works. It is based on learning and competition, not monopoly.

Patents change everything. By granting a monopoly, the producer can prolong the period of profitability for longer than the free market would otherwise allow. The history of invention is filled with examples of individuals and firms who get the grant and then squander massive resources to hold on to it against the attempts of “pirates” to enter the market. Eli Whitney, the Wright Brothers, Alexander Graham Bell, and Steve Jobs are all examples. (As a side note, patents have seriously distorted our perceptions of the history of invention. We need a radical reconstruction of this history that does not rely on patent records.)

Patents don’t help the little guy. They help the big guy who is already successful beat back the competition. This is why writers in the classical liberal tradition have long pointed to patents as unjust, inefficient, and unnecessary interventions.

In 1851, The Economist stated why: “The granting [of] patents ‘inflames cupidity’, excites fraud, stimulates men to run after schemes that may enable them to levy a tax on the public, begets disputes and quarrels betwixt inventors, provokes endless lawsuits . . . The principle of the law from which such consequences flow cannot be just.”

Joining the opposition in the 20th century have been Fritz Machlup, Ludwig von Mises, Murray Rothbard, and F. A. Hayek. (Ayn Rand was an exception.) And all of this opposition came about before the huge expansion of the patent system today that applies to seeds, software, and even time travel.

Ninety-nine percent of the patents issued are never used. Most patents just sit there like time bombs to blow up other attempts to enter the market. They don’t inspire people to invent; they inspire people to use parasitic methods to stop others from inventing.

What a strange system of central planning it all is! You can’t have free enterprise when the government is slicing and dicing ideas and assigning monopolistic titles to them. The purpose of property and prices is to provide for the peaceful allocation of scarce resources. Ideas, once public, are no longer scarce.

As Thomas Jefferson said in a letter from 1813: “If nature has made any one thing less susceptible than all others of exclusive property, it is the action of the thinking power called an idea . . . He who receives an idea from me, receives instruction himself without lessening mine; as he who lights his taper at mine, receives light without darkening me.”