Never been to Scotland but want to be a Lord or Lady there? Save a tree. 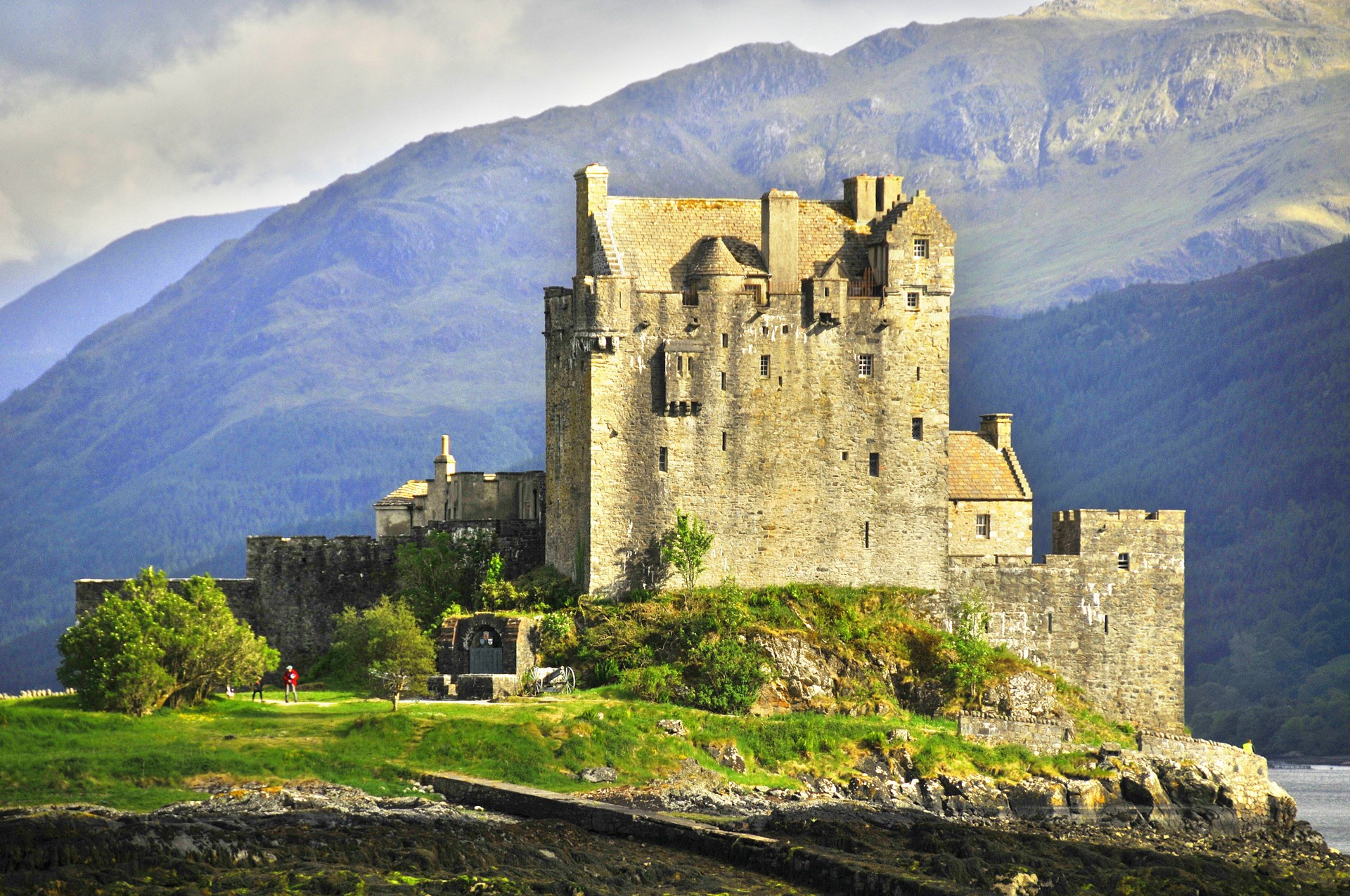 You never know where you're going to discover some interesting private alternative to government. I discovered one when my wife and I attended a family dinner with our daughter's fiancé's family. We were sitting around after dinner chatting and it came out that Michael and Lisa were a Scottish Lord and Lady respectively. Oh really? How did that come about? They are both Aussies and neither has ever been to Scotland. And so I learned about a fascinating private land conservancy in Scotland.

In the early 2000s, Dr. Peter Bevis and his daughter Laura came up with an idea to preserve some wilderness in Scotland. Dr. Bevis is a biologist and a former professor at the Mount Sinai School of Medicine in New York. His wife Helen is a former prosecutor with Britain's Crown Prosecution Service, and daughter Laura is an accountant.

They imagined they would make enough money from farming to plant a forest, but were intrigued to learn there was no money in farming.The family acquired and moved to their Scottish Highlands estate around 2001. They hoped to do some farming but, as Dr. Bevis put it when interviewed in 2007, "When we came to Lochaber about six years ago, we imagined that we would make money from farming and be able to plant a forest. It was intriguing to discover that there wasn't any money in farming. I was earning a salary in Inverness, but it doesn't plant many trees. We planted as many as we could afford and we got permission to plant another 20 hectares from the Forestry Commission, but we had no funds to do it."

According to their website, "After creating 12 new woods on family owned land in Glen Spean, they realised that to really make a difference, they needed to buy land which had the potential to be restored and conserved, or which was at risk from development."

Open to the Public

And so they came up with an interesting and intriguing idea. Traditionally, an owner of an estate in Scotland is referred to as the "laird of the manor." It is not an official title, just an informal honorific often used by employees of a manor to refer to the owner. In English, the Scottish "laird" translates into "Lord" or "Lady." So they came up with the idea of selling one square foot parcels of land for a modest fee with documentation which entitled the buyer to become a Lord or Lady. The family's company registered Laird of Glencoe as a trademark and buying a plot lets you call yourself Lord or Lady of Glencoe.

Of course the designation is an informal and not a legal one. You do not become a member of the British peerage by buying a square foot of land in Scotland. You are not entitled to take a seat in the House of Lords. It is basically an amusement, a fun thing and a way to raise money for their conservancy project.

The project went through some growing pains including some opposition and some name changes before settling on Highland Titles. Highland Titles Limited is wholly owned by the Highland Titles Charitable Trust for Scotland, a charity registered in Guernsey.

Their efforts have been remarkably successful and thousands of blocks of land have been sold. Their efforts now support two nature preserves. One is called Keil Hill which is home to three woods. The newest, Diamond Jubilee Wood, is a sixty acre project that will eventually contain 30,000 trees.

The plots are like shares in a corporation, but they are surveyed and you are granted a "deed," letting you call yourself Lord or Lady.Conservation is often thought of as just leaving an area wild and seeing what happens, but much of Scotland has fallen victim to invasive species and theirs is an active project. As the website puts it, "Contrary to popular belief, conservation is not best served by leaving the land to look after itself. Such an approach favours the hardiest, strongest, most invasive and most predatory vegetation; in the West of Scotland, this usually means ground cover of bracken, rushes and bramble, with little else able to survive."

A particularly invasive species is, interestingly enough, the rhododendron, which is an ornamental garden plant in North America. The conservancy eradicates such predatory plants and replaces them with native Scottish broadleaf trees.

The second conservancy is Bumble Bee Haven which overlooks beautiful Loch Loyne. The project includes replacing the imported sitka spruce of the area and replacing it with native plants, including flowering plants to encourage the replenishment of the bumble bee population.

Plots range from one square foot to a thousand square feet and run in price from £29.99 to £499.99. Each has its privileges. The plots are not legally registered titles but are more like shares in a corporation. But the plots are surveyed and you are granted a "deed" to a specific plot of land.

Owners are encouraged to visit their plot and the conservancies and they have become a local tourist attraction. Trip Advisor gives them a five star rating.

I would be remiss if I didn't mention that there has been some opposition to the Bevis family and their project with accusations calling it a scam. But a reporter for The Scotsman, Scotland's national newspaper, investigated in 2007 and came away with a fair account that found the Bevises disarmingly candid and forthcoming. Since the report, the group renamed itself as Highland Titles, acted on some of the complaints and has become a registered charity.

Upon investigation, the Bevises were found to be disarmingly candid and forthcoming.If you want to check out a more critical site, you can visit Fake Scots Titles. They sound like they have a real bee in their bonnet over the proper use of titles. A humourless bunch who don't see the good-natured fun of the Bevis's efforts, not to mention their conservation efforts.

There have also been copycat efforts with others trying to cash in on the idea of selling titles. The website Laird Reviews looks at a number of them and comes away with a favourable impression of Highland Titles. It is the only one that is a registered charity. They also are the only one that has actual contact information.

In any event, if you want to support a private conservation effort, and get an interesting souvenir into the bargain, check out Highland Titles. Their motto is "conserving Scotland one square foot at a time."