The Federal Reserve is giving us a choice – work forever, or make sure to die before running out of money.

The Federal Reserve is giving us a choice – work forever, or make sure to die before running out of money.

The New York Times just featured a spry 71-year old Judith Lister who is teaching kindergarten in Pahrump, Nevada. While Ms. Lister enjoys teaching, she admits she can’t live on her Social Security checks and needs her teacher’s pension, which she can’t collect for three years.

Seniors who can't find work sometimes look for a quick exit.The Times’ Paula Span explains that Ms. Lister is not alone, writing, “Over 16 years, employment rose not only among 65- to 69-year olds (close to a third now work), but also among those 70 to 74 (about a fifth). In the 75-plus population, the proportion still working increased to 8.4 percent from 5.4 percent.”

For seniors who want to work or have to work, it’s great when they can find a job. Ms. Lister’s prospects are, and will continue to be, good. Nevada is so short on teachers that this year the state’s governor, Brian Sandoval, declared the shortage an emergency, allowing school districts to take drastic measures (by government standards), for instance, like allowing school districts to hire teachers licensed in other states before they obtain a Nevada license, or hiring teachers in their 70s.

However, seniors who can’t find work sometimes look for a quick exit.

According to Healthline, suicide rates amongst baby boomers has increased by 40 percent because of the economy. “Our findings suggest that awareness should be raised among human resource departments, employee assistance programs, state and local employment agencies, credit counselors — those who may come into contact with individuals suffering from personal economic crises,” Julie Phillips, a sociology professor at Rutgers University told Healthline. “Just as we provide crisis counseling during emergencies such as natural disasters, we should probably be doing the same in economic crises.”

So Much for Retirement

The financial crash decimated the finances of many individuals. According to the Center for Retirement Research at Boston College, “for working households nearing retirement, median combined 401(k)/IRA balances actually fell from $120,000 in 2010 to $111,000 in 2013,” and “about half of all households have no 401(k) assets at all.”

But the ZIRP and NIRP policies of central banks are not just putting individuals between a rock and hard place, but are devastating pension funds and insurers as well. William Watts writes for MarketWatch,

Savers, sophisticated or not, are stuck receiving return-free risk.Pension funds and life insurers “are feeling the pressure to chase yield themselves, and to pursue higher-risk investment strategies that could ultimately undermine their solvency. This not only poses financial sector risks, but potentially jeopardizes the secure retirement of our citizens,” said OECD Secretary-General Ángel Gurria in a speech.

The California Public Employee Retirement System (CALPERS) just announced it earned all of .61% during its year, ending June 30, 2016. That’s way short of the 7.5% it actuarially assumes it will earn to payout what it has promised its retirees. Currently, it’s 68% funded, again, assuming it can earn 7.5% a year going forward.

CALPERS is not alone with many public and private plans being under water. As for Social Security, its annual report indicates that “the Trustees project that the combined trust funds will be depleted in 2034.” After that, Trustees believe the fund can pay “about three-quarters of scheduled benefits through the end of the projection period in 2090.”

Bond guru Bill Gross writes in his monthly letter, “the return offered on savings/investment, whether it be on deposit at a bank, in Treasuries/ Bunds, or at extremely low-equity risk premiums, is inadequate relative to historical as well as mathematically defined durational risk.” In other words, savers, sophisticated or not, are stuck receiving return-free risk.

What central banks are doing, with 40 percent of the European sovereign debt market yielding less than zero and Janet Yellen considering the same for the U.S., is not just unprecedented, but dangerous. However, amongst average folks, the machinations of central banks doesn’t inspire talk around the water cooler. Meanwhile, most people believe themselves to be very savvy about finances, while studies show, and the numbers reflect, that the typical citizen is ignorant in the ways of money and investing.

Knowledge may be a problem, but self esteem isn't.Jeff Sommer writes in his “Your Money” column in the NYT about FINRA’s study of financial literacy. Six easy finance questions were asked of 25,000 people and most people only got half right. Of course, that complicated brain teaser, “How do bond prices respond when interest rates rise?” was missed by 72 percent of test takers.

The “global economy has been powered by credit – its expansion in the U.S. alone since the early 1970s has been 58 fold – that is, we now have $58 trillion of official credit outstanding whereas in 1970 we only had $1 trillion,” Gross explains. The result is an economy of slow growth punctuated by asset booms and busts laying waste to financial portfolios and any semblance of retirement savings and security.

We can look to Japan as an example of the deadliness of continuous Keynesianism. The Bank of Japan just announced its 26th stimulus plan in the last twenty years. Meanwhile, the country continues to have one of the highest suicide rates in the developed world. It's no coincidence the numbers started to rise after Japan’s financial crash of 1998 and the numbers rose again after the crash of 2008, the BBC reports.

The fastest-growing age group for suicide is young men. “It is now the single-biggest killer of men in Japan aged 20-44,” reports Rupert Wingfield-Hayes. One of the primary reasons being that “nearly 40% of young people in Japan are unable to find stable jobs” despite the BoJ holding its rate at 0%, for the most part, since 1999. 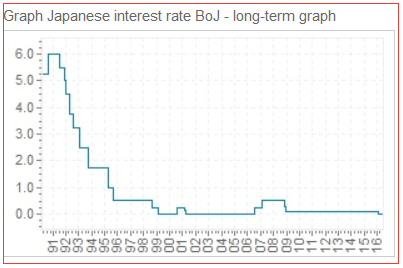 Here in America, Baby Boomer men are aging into a dangerous time. Suicide risk is highest amongst males over 65. “They lose friends on a continuous basis. Their heart and blood pressure medications [can] cause symptoms of major depression,” says Lara Schuster Effland, a clinical therapist. She also mentions that loss of money due to poor financial decisions, lack of savings or social security, and chronic illness, as negatively impacting quality of life.

Ms. Lister likes teaching young kids because “it keeps my brain engaged. It connects me to a younger generation.” And, after teaching is over for her, she might try real estate sales.

Lord Keynes famously said, “In the long run we are all dead.” He should have added, “or lucky to have a job.”