Will a Degree Help You Do Your Job?

While Parks and Recreation’s Ron Swanson could be crowned TV’s libertarian king, there’s another fictional character who deserves more attention from libertarian audiences: Jeff Winger, the darling of Greendale Community College. And unlike Parks and Rec, which is in its final season, Community is coming back for another season on March 17.

Over the course of Community’s five-year run, the show has made a few overt references to Jeff’s libertarian proclivities, most notably in the second-season episode “Intro to Political Science.” Motivated by the desire to mock his classmates’ political fervor, Jeff enters the race for student body president. An on-screen graphic displays his party affiliation as “Libertarian.”

But Jeff Winger’s libertarianism shows more in his approach to education than in his politics.

Community chronicles the lives of students, teachers, and administrators at a community college in the fictional town of Greendale, Colorado. Initially assembled as an ad-hoc Spanish study group, seven misfits quickly become friends, roommates, and occasional lovers. The group’s reasons to attend community college range from financial necessity to boredom — and everything in between. 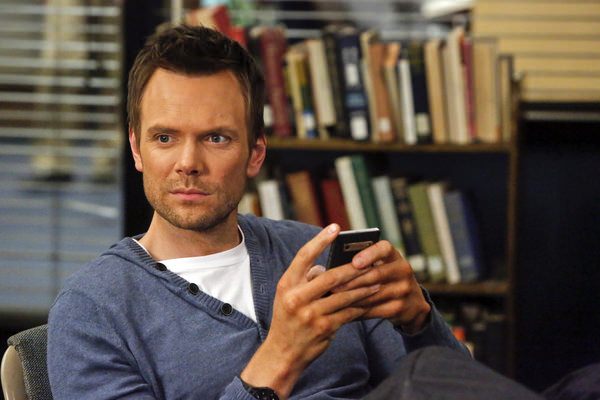 Jeff enrolled at Greendale essentially as punishment. Community’s pilot episode reveals that he was once a proud and brilliant attorney. However, at the height of his career, he was disbarred. “The state bar has suspended my license,” Jeff says to Professor Ian Duncan (John Oliver), who happens to be a former client. “They found out my college degree is less than legitimate.” Jeff never graduated.

Jeff is a liar and a manipulator. But his personal character is beside the point. Adept at his profession, he successfully represented his clients. And he didn’t need a diploma to do so. Of course, the state bar disagreed.

Jeff Winger wasn’t disbarred for incompetence, or even for lying. His lack of formal education did not hurt his clients or the public.

He was disbarred because he did not possess the arguably arbitrary credentials.

Why is a formal education the nonnegotiable prerequisite for so many lines of work?

One reason is anti-competitive restrictionism. Licensing boards, which are often created or legitimized by municipalities or state governments, create barriers to entry into an occupation. Such barriers include licensing fees, quotas (for example, taxi medallion systems), training requirements (cosmetology licensing boards), and educational prerequisites (medical and bar associations).

Positions on licensing boards are often filled by industry leaders. It serves the board members’ interests to restrict competition. Less competition favors established practitioners by increasing their profits and ultimately cartelizing entire industries. The boards act under the guise of “protecting the public.” But the only things the public is “protected” from are lower prices, higher quality, and greater choice.

Community itself rebuked a sort of restrictionism. NBC canceled the show after five seasons. Rejected by network TV, however, Community is now poised to continue its run on Yahoo Screen.

Restriction from the market only accounts for so much, though. The modern conception of education itself is dubious. Every year, thousands of college students don their caps and gowns and receive their diplomas assuming that four years of academic toil produce an “educated” individual. Is that necessarily true?

Over the past hundred years or so, the meaning of the word “education” has been overhauled. For centuries, education was a quest for enlightenment through the study of language, history, philosophy, literature, and the like — what might be called the “humanities” or “liberal arts.”

Then, around the turn of the last century, a sweeping progressive revolution reshaped the nation’s educational system. The mechanics changed. The system’s purpose changed. The concept of “education” itself changed.

In the wake of this revolution, Albert Jay Nock observed in The Theory of Education in the United States, “Perhaps we are not fully aware of the extent to which instruction and education are accepted as being essentially the same thing.”

An “educated” person was no longer one well versed in, say, logic and history; rather, he or she was simply “instructed.” Knowledge in the spirit of the Great Tradition was superseded by vocational and practical know-how, leading Nock to conclude that “the understanding of instruction as synonymous with education is erroneous.”

Instruction neither necessarily nor sufficiently implies education. They are anything but synonymous, and hoards of college graduates incapable of penning coherent sentences supply damning evidence for this claim.

Jeff Winger graduated from Greendale Community College in the fourth season of Community. Was he educated as a result? Clearly not, although he was instructed. In fact, he was educated before the requisite instruction even began, insofar as he possessed the knowledge needed to perform his occupation well. Four years of his life went to waste: instead of being a productive member of society creating and accumulating wealth, he was forced to endure a hodgepodge of irrelevant courses, instructors, and — as any frequent viewer of the show can attest to — diorama projects.

Libertarian philosophy does not equate education with instruction. While the two sometimes go hand in hand, they can also be polar opposites. A free people in a free market are the only just determinant of educational and instructional requisites. Licensing boards and other state-sponsored restrictions are unnecessary and often harmful.

If Jeff Winger or anyone else can be a productive member of society without a degree, then that is, as Abed would say, “Cool, cool, cool.”