Why Politicians Are Always Trying to Hustle You

Our public figures are subject to the same cognitive biases as everyone. 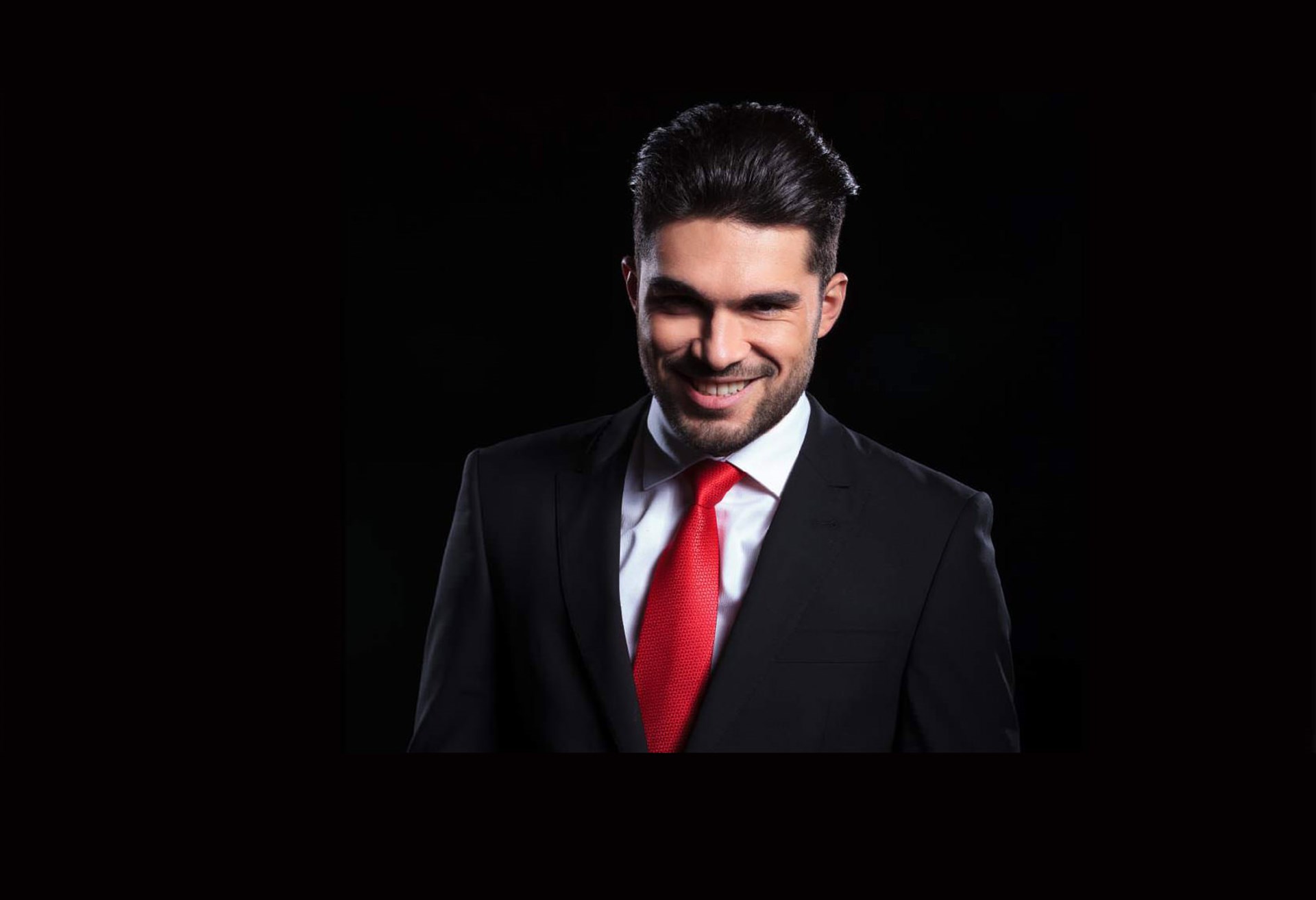 In his February 28 address to Congress, President Donald Trump said:

“We are one people, with one destiny. We all bleed the same blood. We all salute the same great American flag. And we are all made by the same G

The 45th president is not the only politician to make such faux-poetry statements, but his are the best. In 2009, in his own first address before Congress, President Barack Obama said that the country needed to "pull together." During the recent electoral campaign, candidate Trump echoed President Obama's sentiments: "I will unify and bring our country back together," Trump said. "We will be unified, we will be one, we will be happy again."

These statements are several steps beyond the "e pluribus unum" of the Great Seal of the United States, which means (according to Merriam-Webster) more modestly "out of many (states or colonies), one (nation)." Trump's statements, especially, resemble the organic conception of society espoused by the Progressives of the early 20th century. One of them, political journalist Herbert Croly, believed that society was "an enlarged individual."

We know from public choice theory that lying is more rational for a politician than for individuals in other walks of life.

Lies and Other Falsehoods

It would not be a satisfactory economic explanation to simply hypothesize that Trump is an idiot in the sense of being cognitively impaired. As David Friedman reminds us, it is better to assume that Trump – or any other politician – is a rational individual who uses effective means to reach his self-interested goals. This is true even if Trump is ignorant of the finer, and less fine, points of social theory and political philosophy.

We know from public choice theory that lying is more rational for a politician than for individuals in other walks of life. A politician's lies are less likely to be noticed or remembered by the "rationally ignorant" voter. Rational ignorance means that the individual voter has little incentive to invest time and money in gathering and analyzing political information because he will not be able, with his single vote, to change the election result.

The politician running for office also has an incentive to lie when deprecating his opponents' character. If he wins, there will be no way to know whether or not his opponents would have been as bad as he claimed. And since the politician has no property rights in his office, the discounted value of his political reputation over time is very low, giving him an incentive to trade long-term credibility for short-run victories.

Lies, however, are not the only sort of falsehoods. The Economist recently defended Donald Trump by stressing that a lie requires the intention to deceive. "What does a journalist know about the contents of Donald Trump's mind?" the magazine asked. In a sense, the question overreaches because incentives, the bread and butter of the economist, often suggest fruitful hypotheses about people's intentions. At any rate, as The Economist argued, falsehoods also include honest errors and delusions.

Political balderdash refers to "the possibility that the president simply has no regard for the truth at all, not even caring whether he's right or wrong."

The belief in protectionism, for example, could be an honest error. On this, Obama was not as far from Trump as is commonly believed. In his 2009 speech quoted above, Obama said: "New plugin hybrids roll off our assembly lines, but they will run on batteries made in Korea. Well, I do not accept a future where the jobs and industries of tomorrow take root beyond our borders.... It is time for America to lead again." As for delusions, a politician may actually believe that he is the smartest and the greatest, and interpret the world in that light.

Still another sort of falsehood is what may be called political balderdash. In the case of Donald Trump, political balderdash refers to "the possibility that the president simply has no regard for the truth at all, not even caring whether he's right or wrong." Let's define political balderdash as the use of emotional statements that ignore or reject the existence of truth, that are beyond truth, or, as some have said, "post-truth."

Political correctness is a form of political balderdash. But there is also much of it in the political rhetoric I have quoted.

It is true that Americans (or other peoples or "nations") generally follow common rules of conduct that provide a good characterization of their society. But in a free society, such rules don't determine the lives of individuals. On the contrary, they establish a large measure of individual independence against "our people" – an expression that Obama and Trump each used four times in their first speech before Congress.

The expression "our people" is either nonsensical or dangerous. It is nonsensical if "our" refers to the people: "our people" then means "the people's people." It is dangerous if "our" refers to the government, just as a run-of-the-mill autocrat speaks about "my people." At any rate, both presidents obviously meant something very different than the Hayekian conception of a society guided by general and abstract rules.

There is no economic or moral reason for this principle to exclude foreigners, at least in trade matters.

The statement that "[w]e all bleed the same blood" brings us closer to pure balderdash. It has no scientific meaning, as the astute physiologists among my readers will have noticed.

"We are all made by the same God" is more ambiguous. The statement could be read as affirming that all individuals are equal. (Let's neglect the fact that atheists would consider the statement false.) In this sense, it would correspond to the normative assumption suggested by positive economic analysis: the equality of all individuals. "Each man counts for one, and that is that," wrote James Buchanan, the Nobel Prize-winning economist and one of the two main founders (along with Gordon Tullock) of the public choice school of economics.

However, there is no economic or moral reason for this principle to exclude foreigners, at least in trade matters. They have obviously been made by the same God. (Of course, polytheists would beg to differ.) The principle suggests a trade policy that does not discriminate against foreigners, as the Manchester school argued for. John Hicks, another Nobel Prize-winning economist, very interestingly observed:

Political balderdash has the same function as political lies.

This is obviously not what President Trump means or aims for. When he said that "[w]e all salute the same great American flag," he was appealing to nationalist and protectionist emotions. Moreover, it is not true that "we" all salute the same flag: some of "us" actually burn it – which brings us back again to the difficulty of aggregating individual preferences even around a piece of cloth. The flag line is difficult to make consistent with the same-God line, except in political balderdash.

The Function of Political Balderdash

Political balderdash has the same function as political lies. Political rhetoric is not designed to express the truth in some epistemological sense or even in the sense of some common interest of all individuals. To be sure, one can imagine a minimal state, or even a Buchanan-type contractual state, in which political rhetoric would be like sales talk about public goods. In a non-minimal state, however, political rhetoric serves mainly to gain support from special interests in order to exploit the rest of the population.*** Political balderdash is another sort of falsehood used by self-interested and ignorant politicians.

Political balderdash is especially useful for gaining support among the less-rational and more-ignorant part of the public. From the vantage point of the utterer, it has no information cost: anything and everything, A and non-A, can be said. And balderdash, by definition, cannot be contradicted by facts. It does carry the risk of being recognized for what it is, in which case fickle public opinion can turn against its user. But this risk can be minimized by telling supporters that they are the chosen collective.

Perhaps we should introduce political balderdash into the growing list of cognitive biases, dear to the field of behavioral economics – the new strand of economic analysis built on the observation that biases limit individual rationality. Wikipedia lists some 180 cognitive biases.

Individuals in government, who will be called upon to correct the bad choices of cognitively limited individuals, are subject to the same cognitive biases.

We could redefine political balderdash as a bias of the rationally ignorant, partisan, and emotional voter – the person that behavioral economists call "Humans," as opposed to the rational "Econs" postulated by standard neoclassical economics à la Gary Becker.

Here we meet the limits of behavioral economics. Behavioral economists are right to emphasize that cognitive biases exist. People often ignore sunk costs; they have inconsistent preferences between what they could lose and the same thing that they could obtain (the "endowment bias"); they tend to be overly optimistic about the outcome of their projects (the "planning fallacy"); and so forth. A large part of an individual's education consists in discovering and correcting these biases. But the mere existence of such biases is not a sufficient reason to call for government intervention, as behavioral economists have a tendency to do.

The individuals in government who will be called upon to correct the bad choices of cognitively limited individuals are subject to the same cognitive biases – probably even more so, in fact, because they are solving somebody else's problems instead of their own. They have their own incentives, which include the absence of large personal losses if their plans for others go awry. Thus, government intervention is more likely to amplify the cognitive biases of regulated individuals than to correct them.

Some of the biggest and most destructive cognitive biases are in the political sphere. Shouldn't all this undercut anybody's confidence in government power?