Italy could follow the UK out of the EU or join them in leaving. 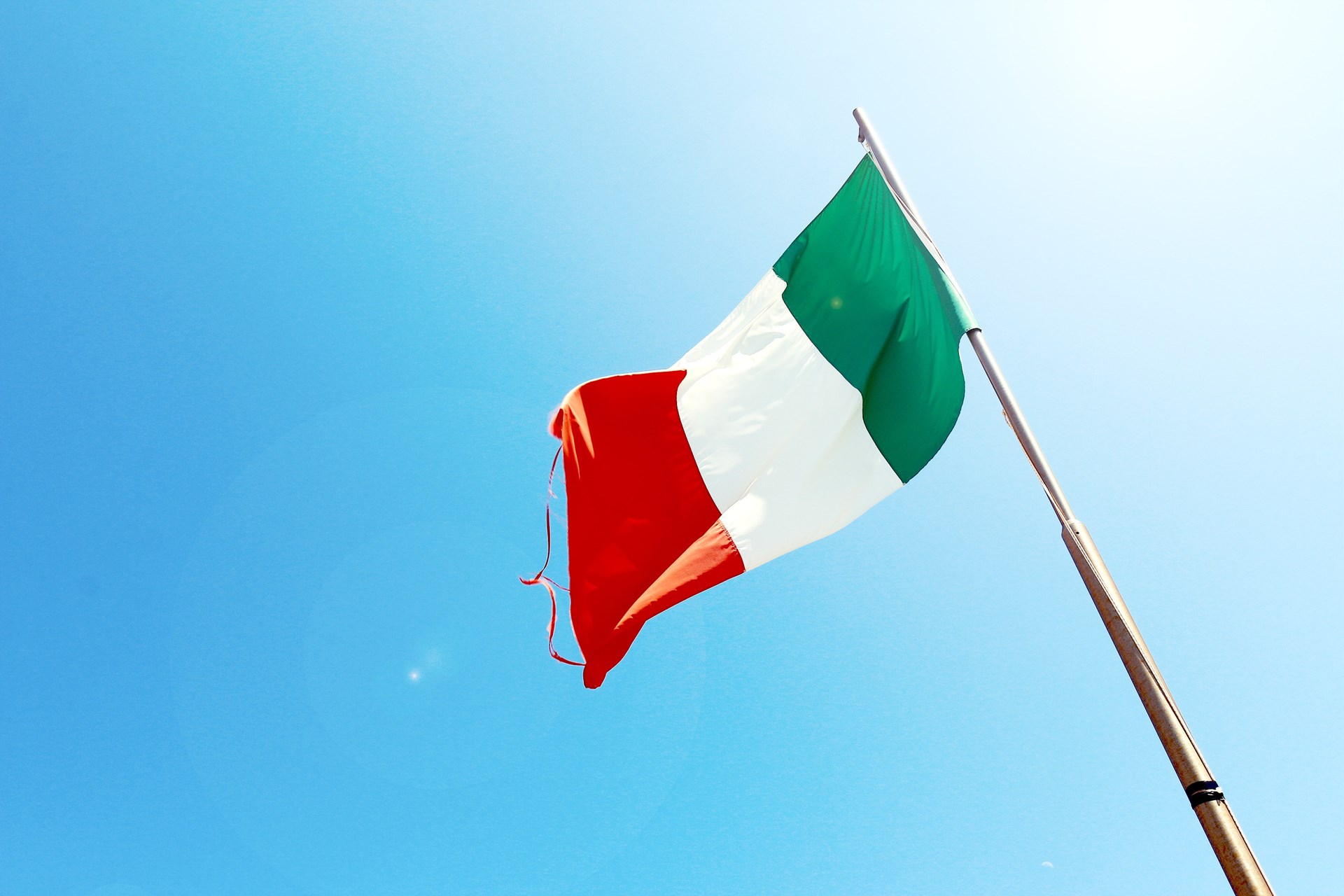 Few in the United States might know it if they watch the news, but in recent weeks France has been rocked by some of its most serious civil unrest since 1968. In a country as famous for its civil unrest as for its cuisine, this is a big story.

What started out as protests against an unpopular fuel tax—part of France’s attempts to fight climate change—grew in scale and morphed into demonstrations against the state of the French economy in general. After initially sounding a defiant tone, French President Emmanuel Macron caved. He announced that that the minimum wage will be raised by 7 percent, with the increase being met, somehow, by the government rather than employers. New taxes on pensions will be scrapped, overtime pay will no longer be taxed, and employers will be encouraged to pay a tax-free, end-of-year bonus to employees.

Every few years, some "French Thatcher" is elected who promises to free their economy from red tape and high taxation.

This contradictory ragbag of policies, with its increased spending and tax cuts, is as “populist” as anything seen in recent years. How will it be paid for? Who knows? French government minister Olivier Dussopt told broadcaster BFMTV that the total cost of all the measures is likely to be between eight and ten billion euros, adding that “We are in the process of fine-tuning and to see how to finance it.” People rolled their eyes when Donald Trump said Mexico would pay for the wall, but the Macron government is now no less risible.

France has been here before. Every few years, some "French Thatcher" is elected who promises to free their economy from red tape and high taxation. (Once it was Nicholas Sarkozy.) And there is ample reason for economic discontent in France. In October, unemployment stood at 8.9 percent, and in 2017, youth unemployment was 22.3 percent.

In contrast, Britain, which many commentators claim is committing economic suicide by leaving the EU, has unemployment of just 4 percent, and youth unemployment of 12.1 percent. That is not to say these policies will do anything but make the situation worse, but there is a factor that makes recent events in France rather dangerous for the European Union. Its name is Italy.

In June, following elections in March, a “populist” government emerged in Italy led by Prime Minister Giuseppe Conte. It claimed a mandate, among other things, to get Italy’s economy growing again. As in France, an admirable goal. In October, Italian unemployment was 10.6 percent, and youth unemployment was 34.7 percent. Staggeringly, GDP per capita in Italy is lower now, in real terms, than it was in 1999 on the eve of its entry into the euro.

The Italian government is still wrangling with the Commission, and they will have one eye on France.

Conte’s government proposed a reduction in the retirement age and an increase in spending on welfare and infrastructure, which they would fund through more borrowing. For 2019, this would mean a budget deficit of 2.4 percent of GDP. As in France, this is not to say that these policies will do anything but make the situation worse.

But as a member of the eurozone, the Italian government has to submit this budget for approval by the European Commission, a body of appointees who are the executive branch in the European Union. And these appointees told the elected Italian government that its budget proposals were unacceptable and that they needed to go away and bring them new ones. Italy’s government debt is currently 131 percent of GDP, up 31.2 percent from 99.8 percent in 2007. The Commission is worried that Conte’s spending plans will push this even higher.

The Italian government is still wrangling with the Commission, and they will have one eye on France. After all, French government debt has risen from 64.5 percent of GDP in 2007 to 97 percent, a 50 percent increase. In 2017, its budget deficit was 2.7 percent of GDP compared to 2.4 percent for Italy. If Conte’s giveaway causes the Commission such concern, why doesn’t Macron’s?

The Germans were ultimately largely successful in recreating in the euro what they were surrendering in the deutschmark.

When they gave up the deutschmark for the euro, the Germans gave up a currency that was the envy of many. Inflation was low, and the mark was strong relative to other currencies without compromising Germany’s position as a leading exporter of manufactured goods, the perennial nightmare of opponents of “strong” currencies. If they were going to give this up, the Germans wanted something equally solid in its place.

When, in early 1988, France and Germany floated the idea of closer monetary cooperation in Europe, the Germans stole the initiative and produced a memorandum titled “A European currency area and a European central bank.” The Germans were ultimately largely successful in recreating in the euro and European Central Bank what they were surrendering in the deutschmark and Bundesbank.

But during the euro’s design, one source of concern was that countries with looser finances would impose downward pressure on the value of the euro. To the Germans, one source of persistent currency weakness in countries like France and Italy was their governments' borrowing and subsequent monetization—real or imagined—of the debts. In extremis, with a single currency, Germany might have to cover these debts.

To prevent this, the Stability and Growth Pact was passed, which required each member state to keep its government deficit below 3 percent of GDP and debt below 60 percent of GDP; if debt rose above 60 percent, it should fall each year at a pace satisfactory to the European Commission.

…to the Next Crisis

This brings us back to France and Italy in late 2018.

In the wake of the euro crisis and generally slow economic growth in the EU, the Stability and Growth Pact seems badly named. But it does provide a source of continued friction within the EU.

One of the myths of the European Union is that it that it operates according to a set of rules that apply equally to all members. But when Portugal breached Stability and Growth Pact rules in 2002, it was fined. When Greece did so in 2005, it was fined. When Germany and France did so, they were not. In the EU, the rules count for far less than the size of the country breaking them. It remains a game of naked power politics.

This brings us back to France and Italy in late 2018. It seems unlikely that the French would allow themselves to be disciplined by the European Commission like some naughty child. It is highly probable that the Germans, knowing this, would not push for such discipline to be administered. President Macron is thus free to pursue his new program of economic populism.

Italy could follow the UK out of the EU or join them in leaving.

But why, in this case, should the Italians feel the firm hand of Brussels across their bottoms? Italy is not Portugal. It is not Greece, in terms of its share of the EU’s GDP, at any rate. The European Commission and Council of Ministers are quite willing to kick a few of the small fries around, but they might just shrink from taking on Italy.

If they don’t, the Italians remain angry, and there is more fuel for the populist fire. Italy could follow the UK out of the EU or join them in leaving.

If the European Commission does shy from reproaching Italy, the Germans will find themselves on the hook for underwriting Italian government debts, just as they did, in a smaller way, in Greece. This is exactly the outcome the architects of the euro wanted to avoid.

One could look at it this way: Will the yellow vests spread to Germany or Italy? That’s the choice.