Why Have Drug Overdose Deaths Surged in Recent Years?

The root causes of the present-day overdose crisis are decades-long psychosocial/cultural trends intersecting with the lucrative opportunities offered by drug prohibition. 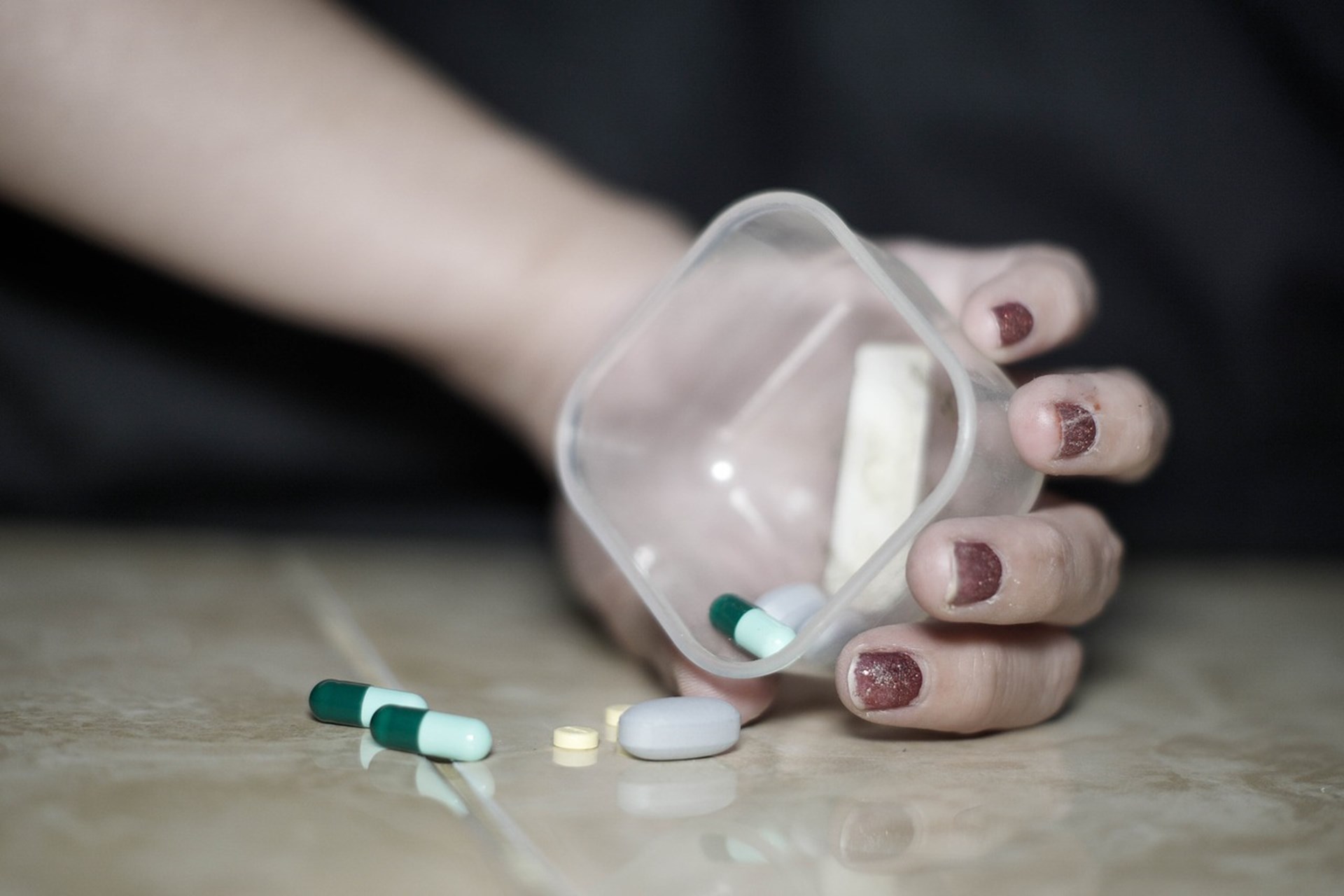 We learned last week that the 2017 drug overdose numbers reported by the US Centers for Disease Control and Prevention clearly show most opioid-related deaths are due to illicit fentanyl and heroin, while deaths due to prescription opioids have stabilized, continuing a steady trend for the past several years. I’ve encouraged using the term “Fentanyl Crisis” rather than “Opioid Crisis” to describe the situation because it more accurately points to its cause—nonmedical users accessing drugs in the dangerous black market fueled by drug prohibition—hoping this will redirect attention and lead to reforms that are more likely to succeed. But the media and policymakers remain unshakably committed to the idea that the overdose crisis is the product of greedy pharmaceutical companies manipulating gullible and poorly-trained doctors into over-prescribing opioids for patients in pain and ensnaring them in the nightmare of addiction.

As a result, most of the focus has been on pressing health care practitioners to decrease their prescribing, imposing guidelines and ceilings on daily dosages that may be prescribed and creating surveillance boards to enforce these parameters. These guidelines are not evidence-based, as Food and Drug Administration Commissioner Scott Gottlieb seems to realize, and have led to the abrupt tapering of chronic pain patients off of their medication, making many suffer desperately. An open letter by distinguished pain management experts appeared last week in the journal Pain Medicine criticizing current policies for lacking a basis in scientific evidence and generating a “large-scale humanitarian issue.”

If Prescriptions Are Decreasing, Why Are Overdoses Increasing?

Current policy has brought high-dose prescriptions down 41 percent between 2010 and 2016, another 16.1 percent in 2017, and another 12 percent this year. Yet overdose deaths continue to mount year after year, up another 9.6 percent in 2017.

As supplies became tougher to come by in recent years, the efficient black market responded by filling the void with cheaper and more dangerous heroin and fentanyl.

One might expect that the obvious prevalence of heroin and illicit fentanyl among overdose deaths would make policymakers reconsider the relationship between opioid prescribing, nonmedical use, and overdose deaths. The data certainly support viewing the overdose crisis as an unintended consequence of drug prohibition: nonmedical users preferred to use diverted prescription opioids, and as supplies became tougher to come by in recent years, the efficient black market responded by filling the void with cheaper and more dangerous heroin and fentanyl.

Yet many defenders of the status quo believe the population of nonmedical users mostly derives from patients who were inappropriately prescribed opioids for a painful condition, e.g., a high school athlete prescribed opioids for a broken leg who becomes transformed into a drug addict. If that is the case, then reducing opioid prescribing in conjunction with better drug interdiction and expansion of drug rehab facilities should gradually eradicate the problem.  But the data do not support this. Undoubtedly, some patients, once exposed to an opioid for the treatment of a painful condition, enjoy the euphoria and “buzz” and long to have that experience again. When presented with an opportunity to re-experience that drug nonmedically, say, at a party, they happily indulge. But that is an exception, not the typical case.

The National Survey on Drug Use and Health has repeatedly found that fewer than 25 percent of nonmedical users of prescription opioids obtain their opioids from a doctor. Three-quarters get them from a friend, a relative, or a dealer. And a study of more than 27,000 OxyContin addicts entering rehab between 2004 and 2008 found 78 percent said the drug was never prescribed to them for any medical reason, 86 percent took the pills to get “high” or get a “buzz”, and 78 percent had a history of prior treatment for substance abuse disorder.

But if that isn’t enough to create doubt among those who still adhere to the theory that the population of nonmedical users is largely made up of former patients, then let’s return to the National Survey on Drug Use and Health. Page 7 of the report examines “past month nonmedical use of pain relievers among adults aged 12 or older” and finds that rate essentially flat from the years 2002 to 2014. Page 26 of the same survey reports on “pain reliever use disorder in the past year among adults aged 12 or older” from 2002 to 2014 and shows that rate to be flat over that time period, as well. (For reasons that are unclear, the NSDUH stops reporting on those data points in subsequent years.) Meanwhile, the volume of opioids prescribed between 1999 and 2015 tripled. Tripling the number of opioids prescribed did not appear to affect the rate of nonmedical use or prescription opioid abuse disorder.

So why have drug overdose deaths shot up so much in recent years?

As a study from the University of Pittsburgh Medical Center examining CDC data going back to the 1970s recently revealed, “Death rates from drug overdoses in the U.S. have been on an exponential growth curve that began at least 15 years before the mid-1990s surge in opioid prescribing, suggesting that overdose death rates may continue along this same historical growth trajectory for years to come.” The study’s senior author went on to say:

The current epidemic of overdose deaths due to prescription opioids, heroin and fentanyl appears to be the most recent manifestation of a more fundamental, longer-term process…understanding the forces holding these multiple individual drug epidemics together in a tight upward exponential trajectory will be important in revealing the root causes of the epidemic, and this understanding could be crucial to prevention and intervention strategies.

There is no regular or predictable pattern to the overdose rates for any of these drugs. Cocaine overdose death rates curved down and up and down and back up over the past 20 years. Methadone deaths have been on a downturn since the mid-2000s. Prescription opioids have been on a fairly steady, steep climb. Heroin deaths shot up in 2010, followed in 2013 by synthetic opioids, such as fentanyl. Methamphetamine appears to be on the verge of its own dramatic climb. Nonetheless, when we plot the annual sum of all drug overdoses, we get a remarkably smooth, inexorable exponential curve.

An NBC News reporter summed up the study, stating: “It [the overdose crisis] started before the availability of synthetic opioids, and may have only a little to do with the prescribing habits of doctors or the pushy habits of drugmakers, the team at the University of Pittsburgh found.”

And a 2017 Washington University study found that 33.3 percent of heroin addicts entering rehab in 2015 initiated nonmedical drug use with heroin, as opposed to 8.7 percent in 2005.

More and more people have been using licit and illicit drugs nonmedically since the late 1970s. Some may be self-medicating in response to anxiety, depression, alienation, and despair. And people are taking greater risks with their drug choices.

Policymakers and the media like simple explanations and solutions for complex problems, and the opioid overprescribing narrative fits the bill.

Policymakers and the media like simple explanations and solutions for complex problems, and the opioid overprescribing narrative fits the bill. But as H.L. Mencken said, “For every complex problem there is an answer that is clear, simple, and wrong.”

The root causes of the present-day overdose crisis are decades-long psychosocial/cultural trends intersecting with the lucrative opportunities offered by drug prohibition. Ending drug prohibition will not curb the growing tendency for people to use drugs nonmedically. But it will reduce much of the harm that results.