Where Were You during the Solar Eclipse?

Singular national events, whether trivial or significant, natural or political in essence, have the potential to make us pause and draw us together in our common human narrative. 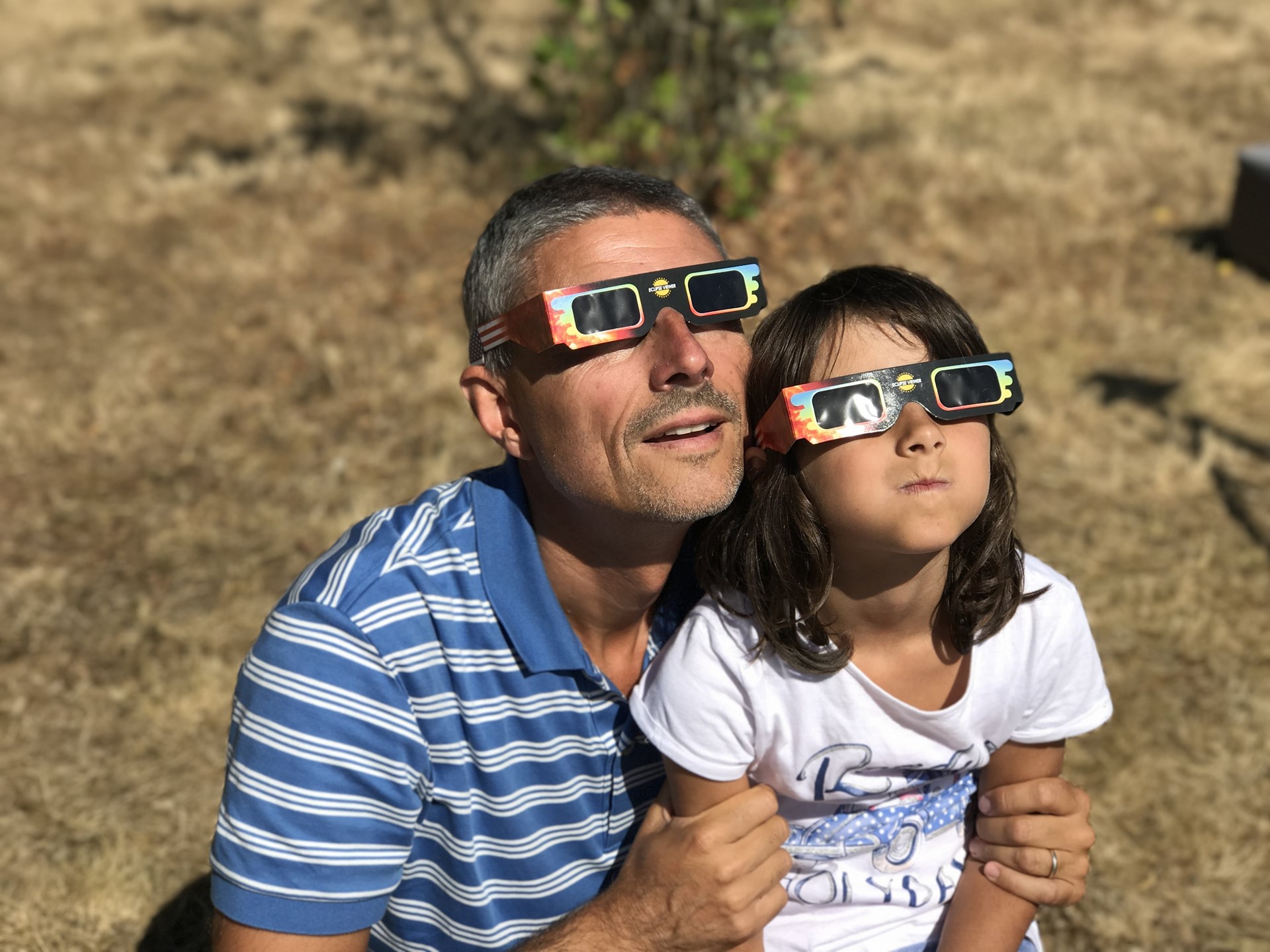 Whenever an event occurs collectively in a community or even an entire nation, it becomes momentous, memorable, a story to share in later years. We all like to reminisce and compare notes as to where we were and what we were thinking and doing at the time.

For past generations, it was the announcement of the beginning and end of the world wars. R.C. Sproul recalls how as a young boy playing a pickup game of baseball, he was up to bat, with a sewer cover in the middle of the street as home plate beneath his feet.

All of a sudden, voices filled the air, pots and pans clanged and dinged, and into the streets poured the whole neighborhood, out to celebrate together what they had just heard on the radio: the war was over.

Later in the century, kids perched with awe and excitement in front of black and white televisions late at night as Neil Armstrong walked on the moon.

September 11th and the War on Terror

I am sure that red letter occasions differ for every American, depending on age, location, and experience.

"What kind of world is my baby going to grow up in?”

My own life has included a childhood of relative peace and prosperity and an adulthood of recession and accelerating foreign entanglements.

I was 18 and still asleep on the top bunk in my college dorm the morning my roommate rushed in and told me the Twin Towers and Pentagon had been hit.

Waking abruptly, I sat up, rubbed my eyes and said something like, “What are you talking about?” I had never heard of the World Trade Center and couldn’t really tell you what went on at the Pentagon either. At first waking, I could not have foreseen how much of a paradigm shift this particular September morning would be for the foreign policy of our nation for decades to come.

But the advent of my education about the world at large, the motivations for wars and interventions, treaties and embargoes, really began in earnest that day.

The next spring I was dressed in a red apron serving up ice cream as I listened to President Bush declare war on Iraq on the Dairy Queen’s radio. It was a warm Arizona day in March, and a baseball practice at the park next door had just ended. The drive-through was bustling with drivers and passengers eager for their cones and milkshakes. “Are they hearing this?” I wondered. “Is anyone listening?”

Years later on Election Day 2012, I remember carrying 5-month-old Rig in my baby wrap as I did several walking errands around town on that unseasonably warm November morning in Colorado. My last stop was the police station to vote, and as I gently moved wriggling arms out of my face to write in Ron Paul’s name, I wondered, “What’s next? What kind of world is this baby going to grow up in?”

Four years later, another election year, it was a week away from what would be the beginning of “Trump’s America.” It had been mere days since moving into our bare, unfinished cedar-and- alpaca-wool tiny house on wheels we had spent the summer and fall constructing. Our little family shared a futon bed we folded up during the day, and I cooked our meals with a camp stove and slow cooker on plywood counters. Rig was four, Firebell two, and baby Hazelnut perhaps two weeks old.

All three kids slept peacefully that night, and we perched on the edge of the bed filling out our mail-in ballots by lamplight, scrawling our write-in choice for president yet again, before slipping them into their envelopes.

Our minds, however, were not on the election; after all, winter was coming, and the roof above our heads, along with countless other house projects, were as of yet unfinished. Singular national events draw us together in our common human narrative.

But despite the stress, exhaustion, and appearance of downright poverty, we had hope in our hearts. It was the beginning of an adventure, a wholly unique time in our young lives. And as I look back to just last November, which seems so long ago now, I realize how quickly the stream of life flows on into new places with new scenery.

On Monday, the solar eclipse could be seen in a continuous swath of land across the lower 48 states; what were you up to?

Were you on a cross-country motorcycle trip, taking the back roads in an attempt to skirt the jam-packed interstates filled with the eclipse crowds?

Were you taking a brief break from work to glance out the window at the momentary darkness and crescent-shaped shadows?

Or perhaps you were simply at home today, as we were, just back from a run to the dump, the kids playing in the sandbox, and sitting out in lawn chairs feeling the cool, beachy breeze before getting back to farm chores.

Singular national events, whether trivial or significant, natural or political in essence, have the potential to make us pause and draw us together in our common human narrative. We can use these touchstones throughout our lives to measure and evaluate: How old was I then? What did I believe? What was important to me? How have I grown?

I, for one, am going to start using these shadows that pass overhead to ask people their stories – because we all love to tell them, hear them, and mark how our world and our lives are changing.

Rachel Guyer lives in a handbuilt tiny house in Colorado with her husband and three young children. She writes about their adventures at www.lovelibertyshelter.com.