What 'The Witcher' Gets Right about Reputation and Business

A businessperson’s reputation is vitally important to their success.

Season one of The Witcher—a sprawling, dark fantasy series on Netflix—dropped on Dec. 20, and it’s already smashing streaming content records. The Mandalorian on Disney+ had just managed to dethrone Stranger Things as the most in-demand streaming show online, but The Witcher wasted no time in knocking Mando off the top spot.

The Witcher, starring Henry Cavill, is based on a best-selling series of books by Polish author Andrzej Sapkowski. Sapkowski’s books have already been adapted into a wildly successful video game series (which, like the show, is very much M for Mature), so the Netflix series already had an enthusiastic fan base to tap. That said, even newcomers to the story are enjoying it immensely.

Fantasy fans left disappointed by the final season of Game of Thrones have been flocking to the series in droves. GoT is dead. All hail The Witcher. And the memes are, predictably, hilarious. 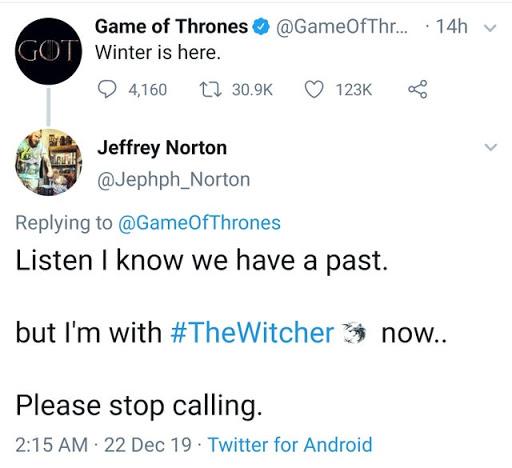 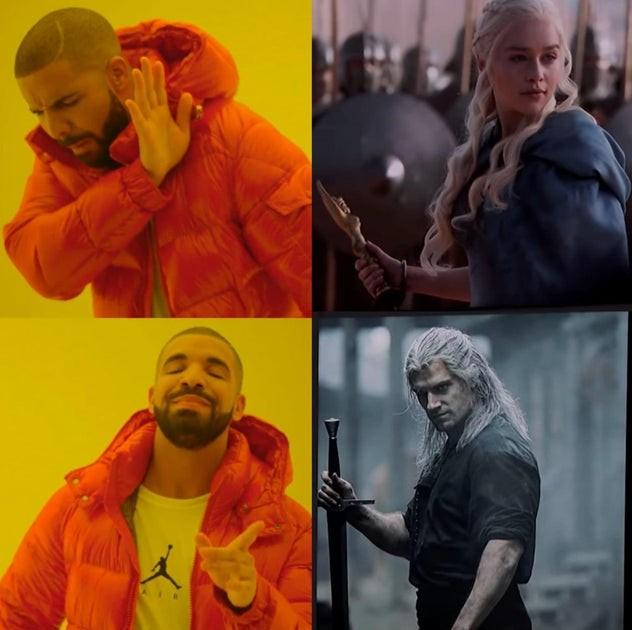 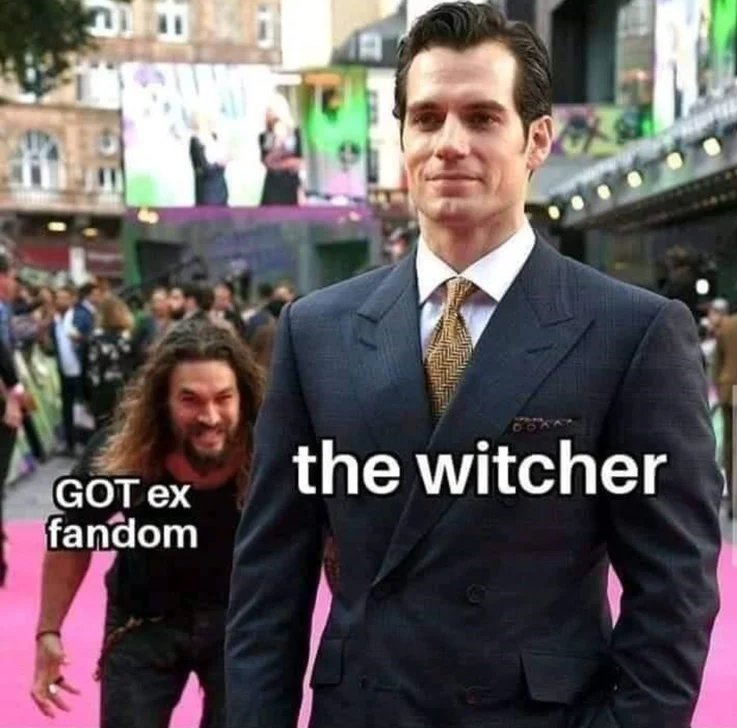 So what is a witcher, anyway? In the dark and dangerous world we’re introduced to, we’re told that a witcher is a human who has been genetically mutated by chemicals and magic into something… else. The effects of these mutations are enhanced senses, increased speed and strength, accelerated healing, expanded life span, and the ability to cast quick-and-dirty combat spells.

At the end of the day, Geralt of Rivia is a businessman. He does the job. He gets paid.

These attributes make witchers uniquely suited to hunting down and killing the dangerous monsters that roam the wilds and threaten everyday people. If your town has a supernatural monster problem, all you need to do is pull together some money and hire a witcher. Witchers themselves roam the Continent—as this fictional piece of geography is referred to—looking for contract work of this sort.

In short, the witcher in question, Geralt of Rivia, is a kind of independent contractor specializing in a unique type of pest control. At the end of the day, he’s a businessman. He does the job. He gets paid. Both sides are better off.

Witchers have been doing this kind of work for centuries, apparently, though their numbers are dwindling. So, the consistent demand for monstrous pest-control combined with a shrinking supply of those able to provide it should mean that business is good for Geralt. Unfortunately, Geralt has a bit of a reputation problem.

Witchers typically aren’t thought of all that highly to begin with. In the first episode, one character cheerfully relates to Geralt that her mother says witchers are foul mutants, dangerous, and other unflattering things. The distrust of the common people for things they don’t understand is already a mark against Geralt, and after a bloody and morally murky incident in one town, Geralt is given the moniker “The Butcher of Blaviken.” Not great for business.

So what’s a witcher to do? Fortunately for Geralt, he runs into a young musician, Jaskier, in a tavern who’s trying to make a living as a bard. Alas, Jaskier’s songs could use some improvement.

Jaskier: You must have some review for me. Three words or less.

Geralt: The creatures in your song.

Jaskier: And how would you know?

In order to remedy the situation, Jaskier decides to tag along with a very reluctant Geralt on his next contract to gather the story and turn it into a song. He does, and it manages to successfully makeover Geralt’s reputation. He still gets referred to as The Butcher sometimes, but now, just as often, he’s called The White Wolf and a hero. In a way, Jaskier becomes Geralt’s marketing manager.

Yennifer: Your heartbeat is incredibly slow. You’re… a mutant.

Geralt: A witcher. Geralt of Rivia.

Jaskier and Geralt’s relationship continues for years and is entirely symbiotic. Geralt’s adventures provide the content Jaskier needs to be a well-known musician, and Jaskier’s songs emphasize Geralt’s skills, prowess, and heroism to the masses. This allows both men to earn better livings as their respective prestige increases.

Geralt having his own personal hype-man isn’t enough, though. In episode three, the reputations of all witchers are besmirched when one of them takes a job, demanding payment upfront, only to run off without taking care of the problem. At least, this is what the clients believe—falsely, as it turns out.

This false belief is a problem for Geralt. His business is hurt if customers believe that his brand as a witcher can’t be trusted. To satisfy the clients and repair his guild’s reputation, Geralt takes the job at a steep discount and defers payment until after the job is done.

Miner: Another f*****g witcher. (Spits.) Your kind already swindled us once!

Geralt: I take payment after the job is done. And for a third of the price. An apology, from my guild to yours.

A businessperson’s reputation is vitally important to their success. Today, we have Yelp reviews, Angie’s List, rideshare driver ratings, and product ranking lists. But these conveniences are ultimately a digital form of word-of-mouth, a time-honored tradition that goes back to, well, forever.

If a business, or a freelancer like Geralt, gets labeled as unreliable or not worth the price, their ability to turn a profit begins to evaporate. A customer-first mentality is and always has been a crucial requirement for entrepreneurial success. The customer may not always be right, but the customer is always still the customer. Without the trust that their needs and wants can be satisfied by a given purveyor, no purchase will take place.

This goes against the myth that the way to get ahead in business is by taking advantage of people.

In fact, markets tend to make people more conscientious in their dealings with each other. Honesty and trust are truly vital aspects of a functional economy. At least, that’s the case in open markets where freedom of association and voluntary exchange are respected. The introduction of relatively free markets in any area leads to an increase in what we consider good behavior. A businessperson who cheats, lies, cuts corners, or is otherwise unreliable won’t be able to stay in business long. Likewise, customers who fail to pay for their debts will soon find that no one will deal with them, either.

The father of economics, Adam Smith himself, even wrote about it:

Whenever commerce is introduced into any country, probity and punctuality always accompany it ... It is far more reducible to self-interest, that general principle which regulates the actions of every man, and which leads men to act in a certain manner from views of advantage...

A dealer is afraid of losing his character, and is scrupulous in observing every engagement. When a person makes perhaps 20 contracts in a day, he cannot gain so much by endeavoring to impose on his neighbors, as the very appearance of a cheat would make him lose.

This system of socially enforced integrity, civility, and trust is self-regulating, too. So long as people are free to choose who they interact with and under what conditions, the motivations of profit and loss encourage good behavior all-around.

As a result of the natural incentives of commerce, Geralt is highly scrupulous. Later in episode three, once the unexpectedly complicated details of the miners’ job come to light, the local mage, Triss, confronts Geralt about his intentions.

Triss: Are you going to kill her?

Triss: Or mine, apparently.

It would be easier for Geralt—and more lucrative—in the short term if he just does what the miners want and kills the monster. But the situation is more nuanced than a simple beast-hunt. If it later becomes known that Geralt killed a creature he could have rescued, his future prospects might become more limited.

To be sure, in The Witcher, the common people do not enjoy a great deal of political freedom or many civil rights we, the viewers, take for granted. Their lives are often disrupted by avaricious monarchs and nobles fighting each other for land and power, and the invading armies of Nilfgaard practice a kind of scorched-earth strategy that leaves only death and devastation in its wake.

But for all that, the general populace of the Northern Kingdoms appears largely able to at least engage in commerce. There are markets, fairs, prices negotiated between buyers and sellers, and the generalized expectation that contracts, once made, will be fulfilled.

Even though Geralt may not enjoy much goodwill as a person due to prejudice and misunderstanding, the conditions of trade at least allow him to make some kind of living. Without the circumstances of a market economy that encourage the participants to deal relatively peacefully with one another, witchers, including our beloved Geralt, would likely have been wiped off the Continent years ago.

I will happily choose to toss a coin to whoever I need to so I can keep enjoying this fascinating new fandom.