With free market exchange-rate data (usually black-market data), the real inflation rate can be calculated. The principle of purchasing power parity (PPP), which links changes in exchange rates and changes in prices, allows for a reliable inflation estimate.

Using black-market exchange rate data that The Johns Hopkins-Cato Institute Troubled Currencies Project has collected over the past year, I estimate Venezuela’s current annual implied inflation rate to be 510%. This is the highest rate in the world. It’s well above the second-highest rate: Syria’s, which stands at 84%.

Venezuela has not always experienced punishing inflation rates. From 1950 through 1979, Venezuela’s average annual inflation rate remained in the single digits.

Today, Venezuela’s inflation rate is over the top. 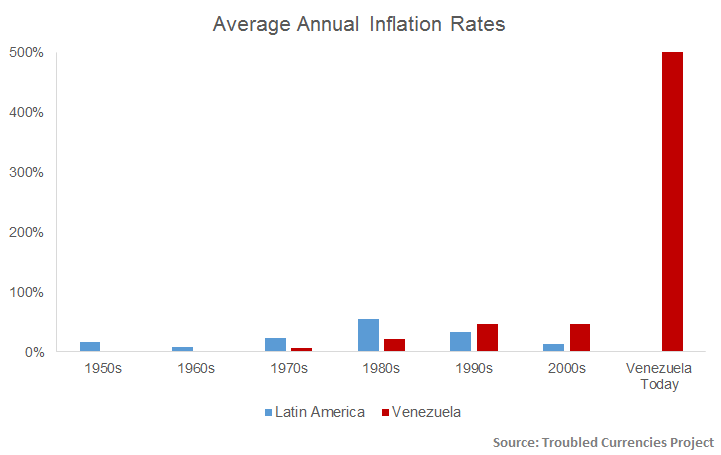 More on the Venezuelan Collapse