This State Really Doesn't Want Its Residents to Know the Law

A “legitimate” government cannot exist without first deriving its power from the consent of the governed. 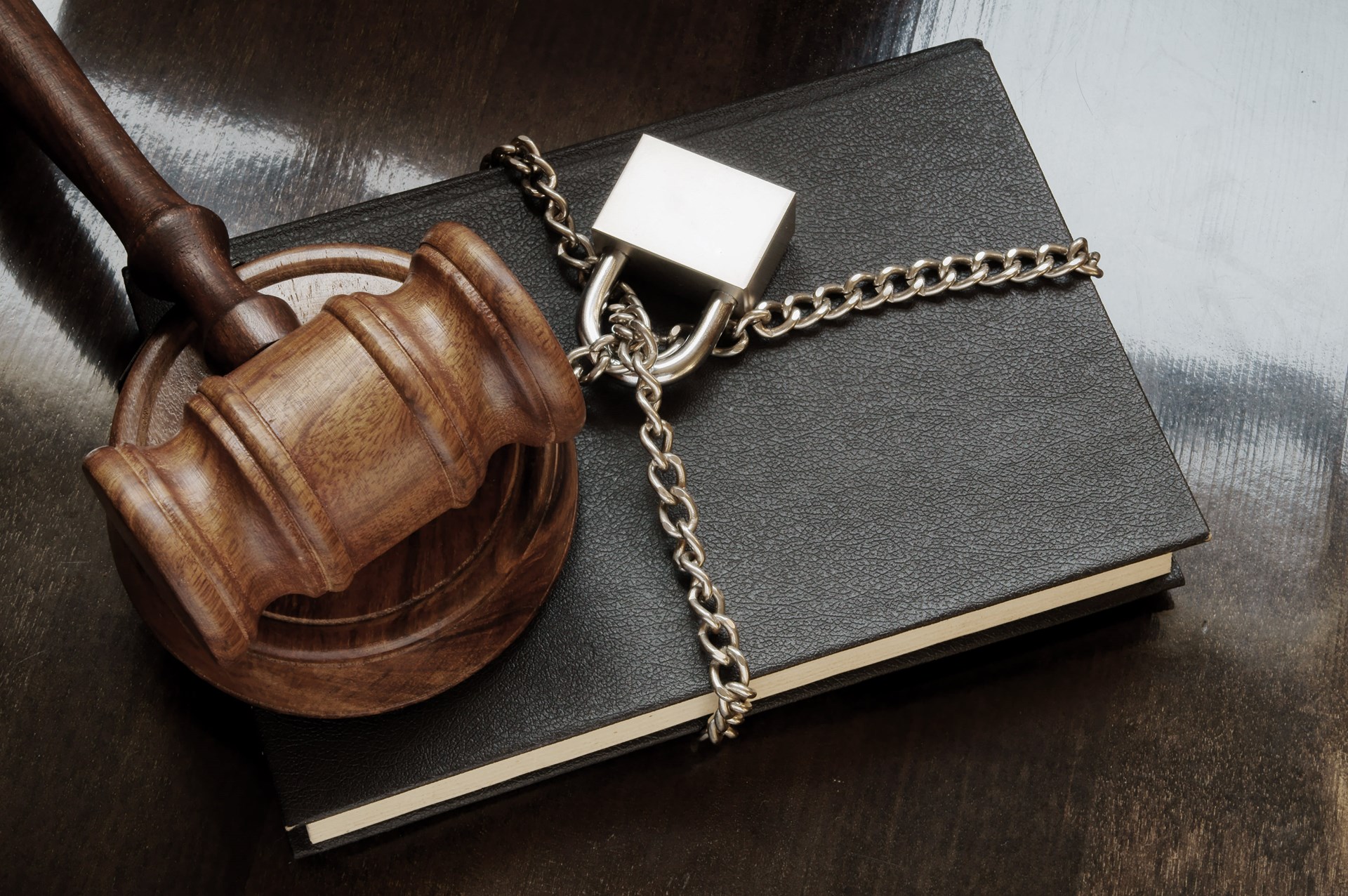 A “legitimate” government cannot exist without first deriving its power from the consent of the governed.

This pillar of classical liberalism is so integral to the Lockean vision of a free society, it has historically been recognized as one of the central issues that caused the American colonists to rise to action, and mutually pledge their lives, fortunes, and sacred honors to declaring independence from the world’s most powerful government.

But there is more to the maxim of “government by consent” than just the idea of a representative legislature. In order for individuals to be punished for breaking a law they’ve tacitly “consented” to, they must first understand that there is a law in which to be broken.

Unfortunately, one Georgia resident has learned the hard way that governments have a history of keeping citizens in the dark and then punishing them for breaking crimes they were unaware existed.

It is difficult to imagine what it might be like to live under a dictatorship, where laws are created and passed in secret, and citizens are left in the dark, hoping they are not guilty of violating whatever new statute was just enacted behind closed doors.

The state routinely penalizes individuals for breaking laws they did not even know they were committing.

However, while the above scenario may be an extreme case, to some extent this is exactly what is currently happening across the country.

Just weeks ago in Florida, a father spending spring break on the beach with his family was fined $25 dollars for using metal sand tools on Panama City Beach, a law he had no idea he was breaking.

When this long-time resident of Panama City Beach asked law enforcement if he could see the actual text of the statute he was breaking, the officer on the scene immediately called for backup and threatened the father with jail time.

This is, unfortunately, not an isolated instance of the state penalizing individuals for breaking laws they did not know they were committing, and then denying these citizens the right to actually see these legal codes firsthand.

By allowing the state to punish individuals for an act committed without foreknowledge of wrongdoing or any proof of criminal intent, the entire justice system loses one of its primary components of the right to due process. After all, how can one commit a crime they had no knowledge they were committing? How is this a manifestation of rule by consent?

In Georgia, the potential to become an accidental criminal is rather high, since residents aren’t even allowed to see copies of legal code without first applying for a license and paying a hefty fine to the state. And even then, what residents are provided with doesn’t exactly explain the law in full.

Carl Malamud, founder of public.research.org, has been giving Georgia lawmakers a run for their money for years. As a long-time open records advocate, Malamud has dedicated his time to ensuring that the people of Georgia have access to every single law in the state, including the annotated copies, something that has recently gotten him into hot water with the state.

Malamud believes that every person should have access to the laws they have allegedly consented to follow.

For students of the law or anyone doing legal research, annotated copies of legal texts are extremely helpful as they provide further insight into each law. Annotations may include a backstory or judicial opinion regarding the law and will often cite which laws preceded and followed the law in question. All this information is extremely valuable to those defending themselves against the state.

Unfortunately in Georgia, in order to gain access to the complete and official compilation of the state’s laws, residents, like Malamud, are required to pay the state $1,207.02 for access to a hardcopy version. The state has promised to unveil a more “affordable” version that can be printed from LexusNexus for only $400 (what a bargain).

As an activist who believes that every person should have access to the laws they allegedly consented to follow, Malamud has spent countless hours scanning copies of the annotated version Georgia’s law. He then copied those annotated files to USB drives, which were then sent out to local lawmakers as well as other prominent members of the community.

Each USB drive was sent in an envelope with an enclosed letter which stated:

"Access to the law is a fundamental aspect of our system of democracy, an essential element of due process, equal protection, and access to justice.”

Of course, recipients of Malamud’s envelopes were given fair warning of its contents just by glancing at the colorful packages, as each contained the words: “UNIMPEACHABLE,” on the front and featured pictures Georgia peaches and American flags and the phrase, “code is law.”

However, some of the government recipients of Malamud’s letter were less than impressed.

"Your unlawful copying... Infringes on the exclusive copyright of the state of Georgia, Accordingly, you are hereby notified to CEASE AND DESIST ALL COPYRIGHT INFRINGEMENT."

When Life Gives you Peaches...

While this seems almost too far-fetched to believe, the government of Georgia was so infuriated that Malamud would dare disseminate annotated copies of the law for others to read, they pursued legal action against his organization, public.research.org.

Malamud was ordered to destroy all physical files and remove all information regarding the annotated law from his organization’s website within ten days, or face legal consequences.

While the state of Georgia had already “won” in the legal sense, it continued to pursue legal action against Malamud, suing him in federal court.

The state of Georgia claims that there is no substance to Malamud’s complaints since technically the law is already available to the public for free online.

Malamud has, in turn, questioned the state of Georgia’s definition of “free,” since before even the non-annotated legal codes can be viewed online, users must agree to a list of restrictions as well as agree to two separate terms of use.

Among these terms is a stipulation that states that any of the information found is prohibited from being copied and cannot be cited in any newspaper or “articles.”In other instances, those wishing to view the law must even apply for a license.

Unfortunately for Malamud, the judge ruled in favor of the state of Georgia.

The state has also continued to go after Malamud and his organization.

When it comes to intellectual property laws, the federal government is prohibited from copyrighting texts, such as laws, for example. However, states are allowed to copyright text, especially if a private company is involved—like LexusNexus.

Since LexusNexus, a private company, provided the annotations for the state online, the judge viewed these additional notes as “value added material” and not necessary to the understanding of the law and thus, found Malamud in violation of the Copyright Act.

But the judge didn’t stop his criticism of Malamud there. Adding insult to injury he accused Malamud’s website of engaging in commercial copying of materials—various laws— which is illegal for a non-profit organization like Public.Resource.Org.

The state has also continued to go after Malamud and his organization for any other offense they can manage to find. Recently Malamud was served with an injunction as a result of what one source calls, “publishing technical and scientific standards that have been incorporated into laws.”

Consent Is a Two-Way Street

The term consent itself implies that something has been agreed upon by two or more persons acting of their own free will.

In criminal law,  this means that a law cannot actually be broken if the accused had no foreknowledge that the act in question was in fact, illegal. However, if citizens are prohibited from accessing the law, how are they to know when they may be breaking a law?

The legal principle known as mens rea, Latin for “guilty mind,” explains that for guilt to be determined, criminal intent must first be demonstrated.

In other words, unless the individual in question had foreknowledge of the law they are accused of breaking, they cannot be held responsible for its violation.

To punish an individual for breaking a law of which they had no prior knowledge would be contrary to a political system built on the precept of consent by the governed.

And yet, in spite of our nation’s tradition of rule by consent, the state of Georgia has gone to extreme lengths to keep its own state laws hidden from the people, and has even gone after those who have attempted to give this information to the people.

As of now, all the legal text in question has been removed from Malamud’s site and has instead been replaced with the following:

“Your access to this document, which is a law of the United States of America, has been temporarily disabled while we fight for your right to read and speak the laws by which we choose to govern ourselves as a democratic society. To apply for a license to read this law, please consult the Code of Federal Regulations or applicable state laws and regulations for the name and address of a vendor... Thank you for your interest in reading the law."