There's Nothing Stopping Millionaire Leftists from Giving to the Government

So maybe they should stop forcing the rest of us to pay more taxes.

There’s an amusing ritual that takes place in Washington every time there’s a big debate about tax policy. A bunch of rich leftists will sign a letter or hold a press conference to announce that they should be paying higher taxes rather than lower taxes.

I’ve debated some of these people in the past, pointing out that they are “neurotic” and “guilt-ridden.”

But they apparently didn’t take my criticisms seriously and go into therapy. They’re now back and the Washington Post provides very favorable coverage to their latest exercise in masochism.

More than 400 American millionaires and billionaires are sending a letter to Congress this week urging Republican lawmakers not to cut their taxes. The wealthy Americans—including doctors, lawyers, entrepreneurs, and chief executives—say the GOP is making a mistake by reducing taxes on the richest families… Instead of petitioning tax cuts for the wealthy, the letter tells Congress to raises taxes on rich people like them. …The letter was put together by Responsible Wealth, a group that advocates progressive causes. Signers include Ben & Jerry’s Ice Cream founders Ben Cohen and Jerry Greenfield, fashion designer Eileen Fisher, billionaire hedge fund manager George Soros… Most of the signers of the letter come from California, New York, and Massachusetts.

Earlier in the month, I would have told these “limousine liberals” not to worry because I was pessimistic about the chances of a tax bill getting enacted. But then the Senate GOP unveiled a better-than-expected plan and I’m now semi-hopeful that something will make its way through the process.

That doesn’t mean, however, that these rich leftists should be despondent.

Because I’m a nice guy, today’s column is going to let them know that they don’t have to accept a tax cut. The Treasury Department has a website that they can use to voluntarily send extra money to Washington. It’s called “gifts to reduce the public debt,” and people like George Soros can have their accountants and lawyers calculate the value of any tax cut and then use this form to send that amount of money to D.C. 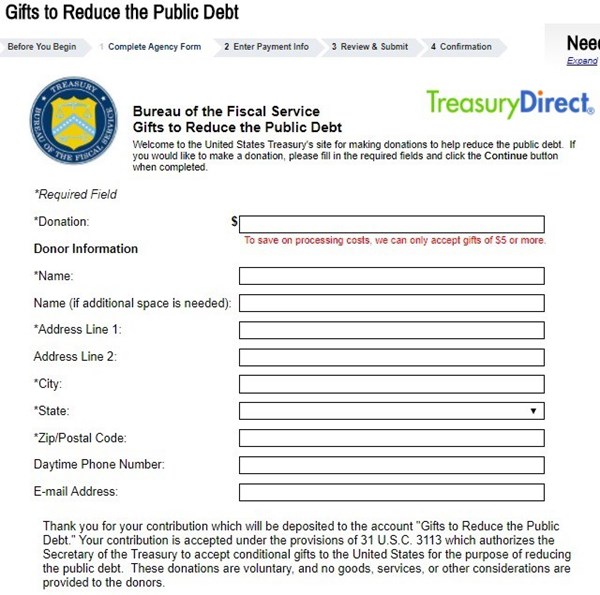 And if these guilt-ridden rich people take my advice and send extra money to Washington, I surely won’t object if they want to give me a modest commission.

But I don’t think I’ll get any money for the simple reason that these wealthy statists already have been exposed for being hypocrites. When given the option to pay extra to Washington, they run for the hills. In other words, they talk the talk, but won’t walk the walk.

It’s the same at the state level. Massachusetts also gives people the option to pay more to government, yet Elizabeth Warren has never volunteered to cough up extra cash.

By the way, if there was a prize for the most economically illiterate comment in the article, it would go to Bob Crandall, who apparently doesn’t realize that the money he puts in a bank is then lent to entrepreneurs and others who then invest the funds.

“I have a big income. If my income gets bigger, I’m not going to invest more. I’ll just save more,” said Crandall, who is retired.

Remarkable. I’m at a loss for words.

And I can’t resist sharing one final blurb from the article.

Huh, how did he become eligible to sign? He certainly never contributed to growth in the private sector, and I’m not aware that he inherited a bunch of money. Well, upon closer inspection, it turns out that fretting about inequality is a good way of becoming part of the top 1 percent.

P.P.S. It’s not just that rich leftists don’t pay extra tax. They also go out of their way to figure out how to pay lower taxes. Just look at the Clintons, Warren Buffett, and John Kerry. Or any of the other rich leftists who want higher taxes for you and me while engaging in very aggressive tax avoidance.