The US Tax Code Punishes Entrepreneurship

Though the recent tax reforms have helped a little, the US needs to become more competitive on the global stage.

I wrote last month about a new book from the Fraser Institute about demographics and entrepreneurship.

My contribution was a chapter about the impact of taxation, especially the capital gains tax.

At a panel in Washington, I had a chance to discuss my findings.

If you don’t want to watch an 11-minute video, my presentation can be boiled down to four main points.

1. Demographics is destiny – Other authors actually had the responsibility of explaining in the book about the importance of demographic change. But it never hurts to remind people that this is a profound and baked-in-the-cake ticking time bomb.

So, I shared this chart with the audience and emphasized that a modest-sized welfare state may have been feasible in the past, but will be far more burdensome in the future for the simple reason that the ratio of taxpayers to tax-consumers is dramatically changing. 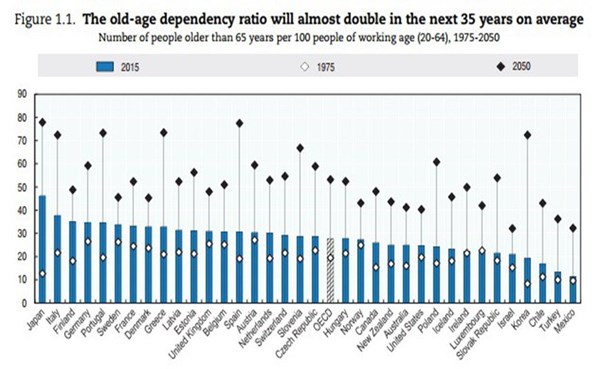 And it goes without saying that big-sized welfare states are doomed to collapse. Think Greece and extend it to Italy, France, Japan, and other developed nations (including, I fear, the United States).

2. Entrepreneurship drives growth – Capital and labor are the two factors of production, but entrepreneurs are akin to the chefs who figure out new ways of mixing those ingredients.

For all intents and purposes, entrepreneurs produce the creative destruction that is a prerequisite for growth.

3. The tax code discourages entrepreneurship – The bulk of my presentation was dedicated to explaining that double taxation is both pervasive and harmful.

I shared my flowchart showing how the American tax code is biased against income that is saved and invested, which discourages entrepreneurial activity.

And then showed the capital gains tax burden in developed countries. 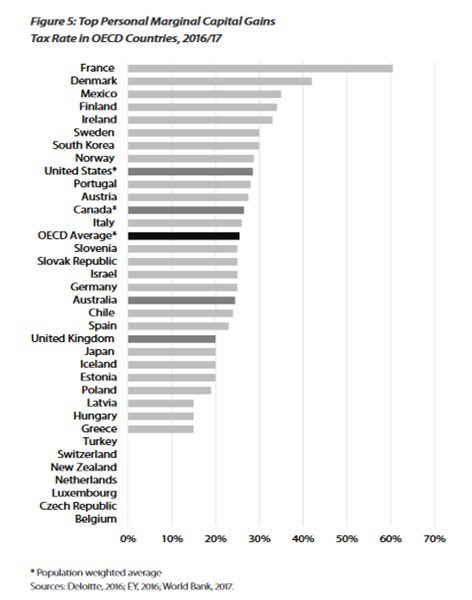 The U.S. is probably even worse than shown in the above chart since our capital gains tax is imposed on inflationary gains.

4. The United States needs to be more competitive – Last but not least, I pointed out that America’s class-warfare tax policies are the fiscal equivalent of an "own goal" (soccer reference for the World Cup fans).

And this chart from my chapter shows how the United States, as of mid-2016, had the highest combined tax rate on capital gains when including the effect of the capital gains tax.

That’s the bad news. The good news is that the Trump tax cuts did produce a lower corporate rate. So in the version below, I’ve added my back-of-the-envelope calculation of where the U.S. now ranks. 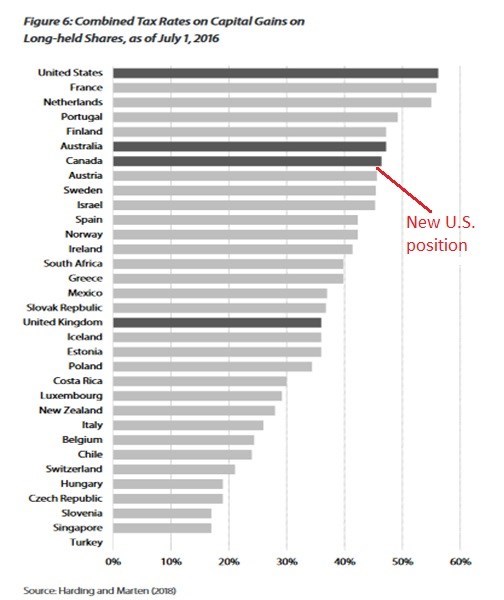 But the bottom line is we're still uncompetitive when looking at the tax burden on investment.

And never forget that this ultimately backfires against workers since it translates into lower pay.