The Spirit of Nellie Bly

Nellie Bly lived life to its fullest. There was nothing boring about this woman.

Image in US Public Domain.

On this date—January 25—in 1890, 25-year-old Nellie Bly arrived in New York to great fanfare. She had just become the first woman in history to travel completely around the world. She did it in 72 days, six hours, and 11 minutes—by herself, no less.

Such daring, uncommon people dazzle and amaze me—especially when they defy conventional wisdom, set new records, and show just what a person can do if they put their mind to it. Nellie Bly lived life to its fullest. There was nothing boring about this woman.Without the spirit of achievement and enterprise they represent, the world would surely be a dull place. Bly accomplished her record-breaking feat by steamship and train, a journey of about 24,900 miles full of adventures and surprises along the way.

Bly reminds me of another famous jet-setter before jets: Joshua Slocum. He was the first man to circumnavigate the globe alone by sailboat. That was 46,000 miles over a three-year period from 1895-1898. He was 61 when he set sail.

The inspiration for Bly’s globetrotting was Phileas Fogg, the lead character in the famous 1873 Jules Verne novel Around the World in Eighty Days. She was out to prove she could get the job done in less time than the fictional Phileas.

In a letter to The New York Times a few days ago, Matthew Goodman, the preeminent authority on Nellie Bly and author of a riveting bestseller about her, reveals that she had a secondary motive, as well:

In taking only a single bag for a trip that lasted nearly three months, Bly was attempting to give the lie to the timeworn notion that a woman could not travel without taking along several pieces of luggage.

In that one small, sturdy leather gripsack she managed to pack an astonishing array of items, including a silk bodice, three veils, a pair of slippers, a toiletry set, an inkstand, pens, paper, needles and thread, a dressing gown, a tennis blazer, a flask and drinking cup, several changes of underwear and handkerchiefs. Also included was a jar of cold cream to prevent her skin from chapping in the various climates she would encounter.

Goodman’s 2013 biography, Eighty Days, is a masterpiece of historical storytelling. It makes you feel at times that you’re right at Nellie’s side as she races against the clock to meet her objective. Here are some highlights:

This wasn’t Nellie’s first adventure. In 1887 as a reporter for Joseph Pulitzer’s newspaper, The New York World, she pretended insanity to gain admittance to the New York City Lunatic Asylum on Blackwell’s Island in the East River (known today as Roosevelt Island). She “performed” so well that she had the doctors and hospital staff completely fooled. Her own book, Ten Days in a Mad House, exposed the cruelties of the place and led to substantial reforms. She was every bit as good at pretending insanity as Bill Murray was at acting normal in What About Bob?

Nellie first suggested the idea of an around-the-world adventure to her editor in 1888, but he refused to dispatch a woman on such a perilous assignment. A year later, he changed his mind and gave Nellie just two days’ notice to pack her bag and catch a steamship to England. She departed from New York’s harbor on November 14, 1889.

From England, it was on to France, where Nellie met with Jules Verne, who strongly endorsed her mission to prove that a woman could do better than his Phileas Fogg. The countries and British possessions she visited in the following two months were Italy, Egypt, Japan, Aden, Arabia, Ceylon, Singapore, and Hong Kong. One of the few things along the way that disappointed her was the Suez Canal, which impressed her as nothing more than a dirty ditch in the sand.

Nellie didn’t know it until she reached Hong Kong, but another New York newspaper (The Cosmopolitan) had simultaneously dispatched one Elizabeth Bisland to “race” Bly around the world. While Bly went east, Bisland headed west, traveling the US by train and then the Pacific by steamship. Bisland arrived back in New York four days later than Bly, so she ended up more as a footnote than a story.

Readers of The World were offered an impressive prize for whoever could most closely guess when Nellie would arrive back home in New York. The winner was a man named F. W. Stevens, whose guess was a mere 15 seconds off.

Nellie took gold and cash with her but intended to buy food and little else during the journey. She couldn’t run the risk of taking on souvenirs or other “stuff” that might slow her down. She made one big exception, however. In Singapore, she bought an adorable monkey (a macaque) and took her furry friend with her on the rest of the trip.

When she could do so without missing a connection or otherwise losing time, Nellie would send messages back to New York by way of telegraph or underwater cable networks. The World kept its anxious readers informed by publishing them immediately and adding a little hype, as well. Readers were able to learn, for instance, of her brief visit to a leper colony in China within a few days of it.

At age 25, Nellie Bly became a celebrated woman of world renown because of her remarkable undertaking. In The Race Around the World, author Nancy Castaldo notes that a hotel, a racehorse, and a train were named after her, and her face was painted on serving plates. She continued to work as an investigative reporter for The World for many years, becoming the very first female journalist on the Eastern Front of World War I. She died of pneumonia in New York City at the age of 57 in 1922.

Nellie Bly lived life to its fullest. What an experience it would be to sit next to her and listen to the endless, true, and personal stories she could tell! There was nothing boring about this woman.

A quote widely attributed on the internet to simply “Anonymous” reads: 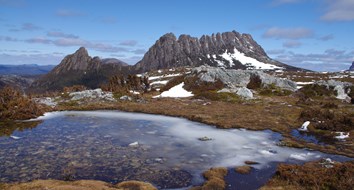 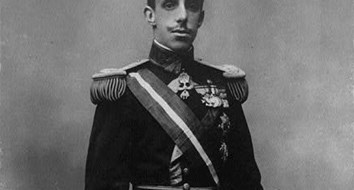 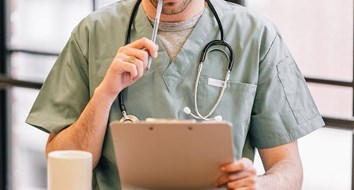 How Montana Is Revolutionizing Healthcare—With Markets