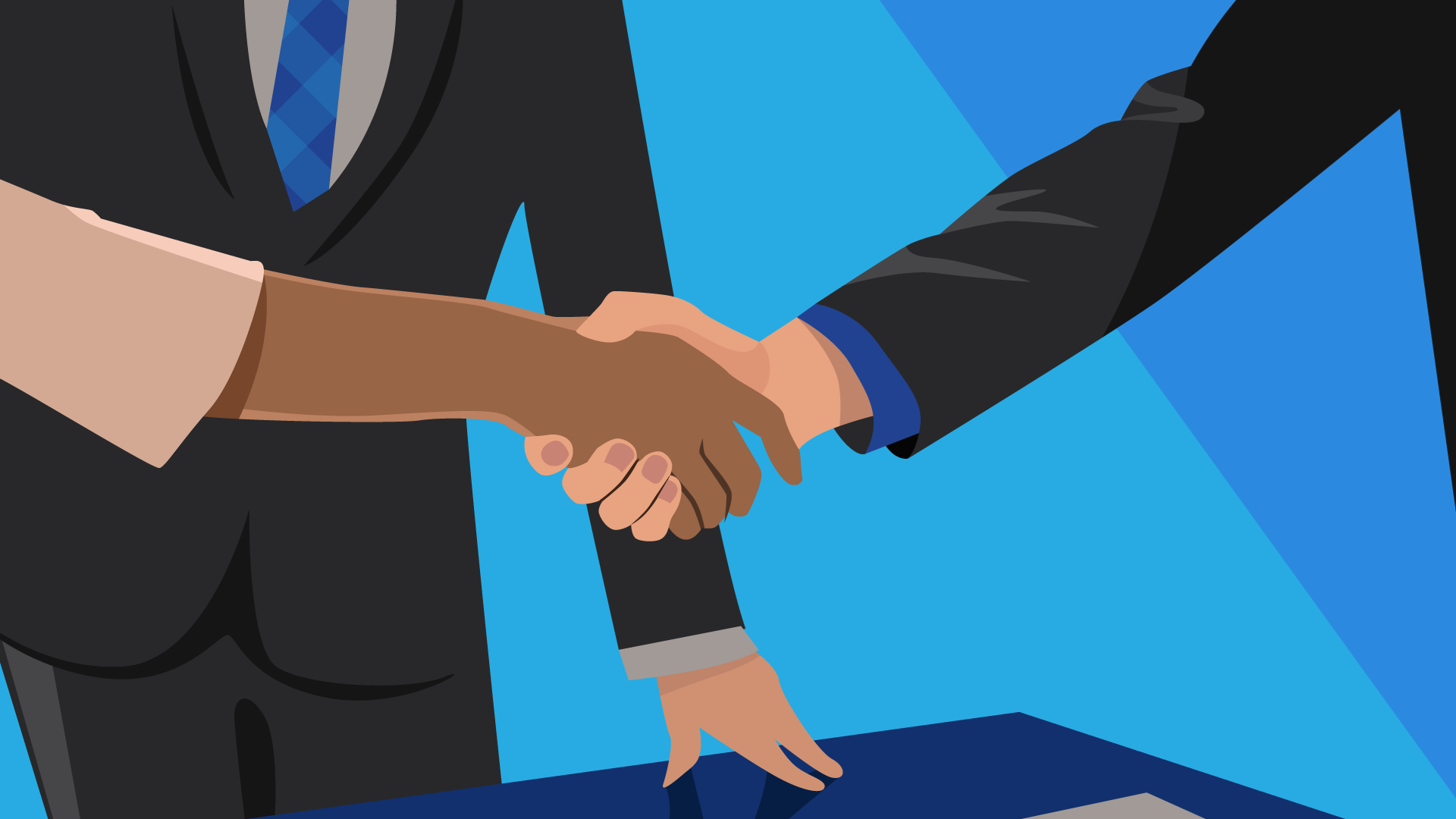 This is based on a section of Zak’s new book How to Get Ahead, due out in summer 2019.

Networking is a fundamental part of getting ahead. You can have the best skills, the best knowledge, and the best portfolio, but if you can’t get in front of the people who can use your skills, knowledge, and portfolio, then they aren’t helpful.

But most people are terrible at networking. They make the same mistakes time and again and then wonder why they feel sleazy when networking or like it’s a waste of time.

There are a few major mistakes in networking that can kill your chances of building a world-class network.

Networking events are usually the worst places to network. They tend to be full of salespeople and people looking for jobs.

You want to build a network with people who can send opportunities your way and help you in your career. They have decision-making power (think CEOs, founders, and executives). They have responsibilities. They have a lot to do. Their time is valuable. They have high opportunity cost for all of their choices. Look for events that busy people want to or need to go to. When they aren’t working, they want to spend what little downtime they have with their family, with friends, or on leisurely activities.

They don’t have time to show up to a networking event after work or on the weekend.

Ask yourself, “where would a successful person want to spend their time?” Would they like to go to events where they can learn about things that interest them? Are they donors to any nonprofits, and do those nonprofits host conferences or events that include donors? Are they themselves speakers at events?

I’ve gained more opportunities by building relationships with speakers (including Isaac Morehouse at a FEE summer seminar when I was 16) at seminars than I have from attending any kind of networking events.

People being too transactional gives networking much of its bad reputation. The phrase invokes images of somebody asking, “What can you do for me?” or constantly looking over your shoulder at a happy hour to see who they can go schmooze with next.

Some people do treat networking transactionally. Go into networking opportunities with a calm approach. They fail to build long-term relationships and world-class networks when they do.

Go into networking opportunities with a calm approach. Don’t frantically look for, “Who can do something for me?!” Instead, think, “Maybe I’ll meet some interesting people and then we’ll see where things go from there.”

Valuable networking provides you with the opportunity to gain access to other people’s networks through introductions and social proof. Nobody wants to cash in social capital for somebody who treats them like a commodity. Nobody wants to put themselves on the line for the friend who only calls when they need something.

To avoid transactionality, let the other person talk about themselves. Ask them questions on background. Ask them why they got into their field, what they want from it, and go from there. Ask them questions you would want others to ask you. Help them feel like you see them as a person and not as a mere means to an end (this is what Nathaniel Branden called psychological visibility, and it’s one of the core feelings behind a friendship).

3. Seeking Status and Ignoring Those Who Aren't Flashy

At the end of any interesting workshop or panel at a conference, the audience mobs the speakers. People want to ask them questions they didn’t get to ask during Q&A, take pictures, and get and give cards.

Rarely do people mob the moderator. Moderators are usually actively chosen by host organizations and have an interesting background relevant to the talks and conversations, though. All those losing out by waiting in line to speak with the speakers could get similar value by speaking with moderators.

This happens anywhere you have some people asserting status through title, role, or even how they dress. When you have the opportunity to network, don’t miss out on speaking with people who don’t stick out. They can probably act as a valuable connection as a mere function of being in the same place as you.

Don’t automatically assume the flashiest, highest-status people in a room are the best people with whom to speak.

Tim Ferriss, the author of The 4-Hour Work Week, would speak with moderators of panels when he was promoting his books. He’d then ask them for recommendations on who he should meet at an event and if they could introduce him. This helped him skip the line in meeting important and busy people and still got him to his end-goal of growing his network with decision-makers.

Don’t automatically assume the flashiest, highest-status people in a room are the best people with whom to speak.

Networking feels boring when you fall into the same conversations time after time. Questions like, “What do you do?” “Where did you go to school?” and “Why are you here?” make people fall into psychological scripts. They know how to answer these questions, and they do so without paying much attention to the actual conversation.

You make people remember you by breaking scripts.

Your goal in networking should be to make a positive impression on the person you’re networking with in a short period of time. You don’t make people remember you by asking the same questions they know how to answer because they get asked those questions all the time.

You make people remember you by breaking these scripts.

Breaking scripts comes down to asking people questions they aren’t usually asked in the context of networking. Instead of asking them where they work or why they got into their job, ask them questions about their personality, their background outside of work, or questions about the environment in which you’re meeting.

The trick with breaking scripts is asking questions people aren’t expecting without sounding creepy. Ask questions that get the person to talk about themselves but not in a way that is so personal or intimate that it assumes you know something about them.

Here are some example script-breakers you can use based on typical networking conversations. As always, a relevant, original question is best.

“What’s your biggest goal for the next few months? It doesn’t have to be work-related.”

[In response to somebody telling you what they do:] “What’s the biggest misconception that people have about your work?”

“What was the biggest surprise for you when you got started in [industry]?”

5. Not Having a Social Hobby

After you meet people, focus on building a relationship with them. It’s hard to do this over coffee or drinks, especially with busy people who value their time. Give yourself a reason to engage with people that doesn’t transparently look like “networking” or “relationship building.” Pick up a social hobby.

Choose a social hobby that people both do themselves and would like to do with you.

A social hobby gives you a low-pressure excuse for inviting people to engage with you. Whether it’s hiking, tennis, concert-going, clay shooting, or even just throwing parties with interesting people, a social hobby provides a pretense other than “getting coffee” for continuing engagement after you meet somebody.

Choose a social hobby that the people you want to build relationships with both do themselves and would like to do with you.

For example, I have a friend who acquires real estate for a private equity fund in Pittsburgh. He has to meet and build relationships with people who own apartment buildings and would want to sell them to his company. In Pittsburgh, that’s mostly older entrepreneurs and professionals who bought real estate years ago for the cash flow. They’re busy people who don’t want to spend time “catching up over coffee” or just “grabbing a drink after work.” After getting invited to go clay shooting with one of these contacts, he realized that’s a great context to invite a busy, successful person out to have fun and talk. He joined a clay shooting club.

What’s a social hobby you could pick up that lets you invite people out? It doesn’t have to be expensive like clay shooting. It can be as simple as hiking, throwing your own parties, or visiting museums. It just has to be enjoyable for the people with whom you want to build a relationship.

6. Not Following Up Immediately With An Appropriate Message

I don’t carry business cards. Not because I don’t want to connect with people, but because carrying business cards puts the impetus to follow up on the other person and pushes the follow-up to a later date. And most people are bad at following up.

When you meet somebody out at an event, remember that they’ll meet plenty of other people at that event. You want them to remember you. One way to do this is to quickly follow up with them and give them a reminder of who you are. While speaking with them, pay attention to what they talk about. In your follow-up email, mention what they were talking about and give them some kind of reason to remember you. If they’re talking about the Fed’s monetary policy, send them a link to an article about the Fed’s monetary policy that you thought was interesting.

Give them reason to remember you.

This also helps for future follow-ups when you email them again. If you email them in the future and they search their inbox wondering, “Who is this person?” the context in your follow-up email jogs their memory and makes it easier for them to reply to you.

Follow up quickly with an appropriate message. Do more than just, “It was nice to meet you!” Give them reason to remember you.

7. Pitching Too Much Too Soon

Networking is a lot like dating. You network with somebody to see if you could work together in the future. You look for basic compatibility first. Can you get along with this person? Are they somebody you want to be around? Can you help them?

Just like with dating, though, pitching too much too soon can tank your chances of building a professional relationship with somebody. You don’t ask somebody to marry you after the first date. And you shouldn’t ask somebody to invest their social capital in you after you’ve just met them.

Follow what I call “proportionality of the ask” when asking somebody you just met to do something for you. If you don’t know the person well, start by building a relationship with them and delivering value to them before asking them to do something for you. As you get to know them better, you can ask them to do things like recommend you for a job, give you a lot of their time, or go into business with you as a partner.