The Responsibility of Being Free

Taking control of your life is an act of both freedom and responsibility. 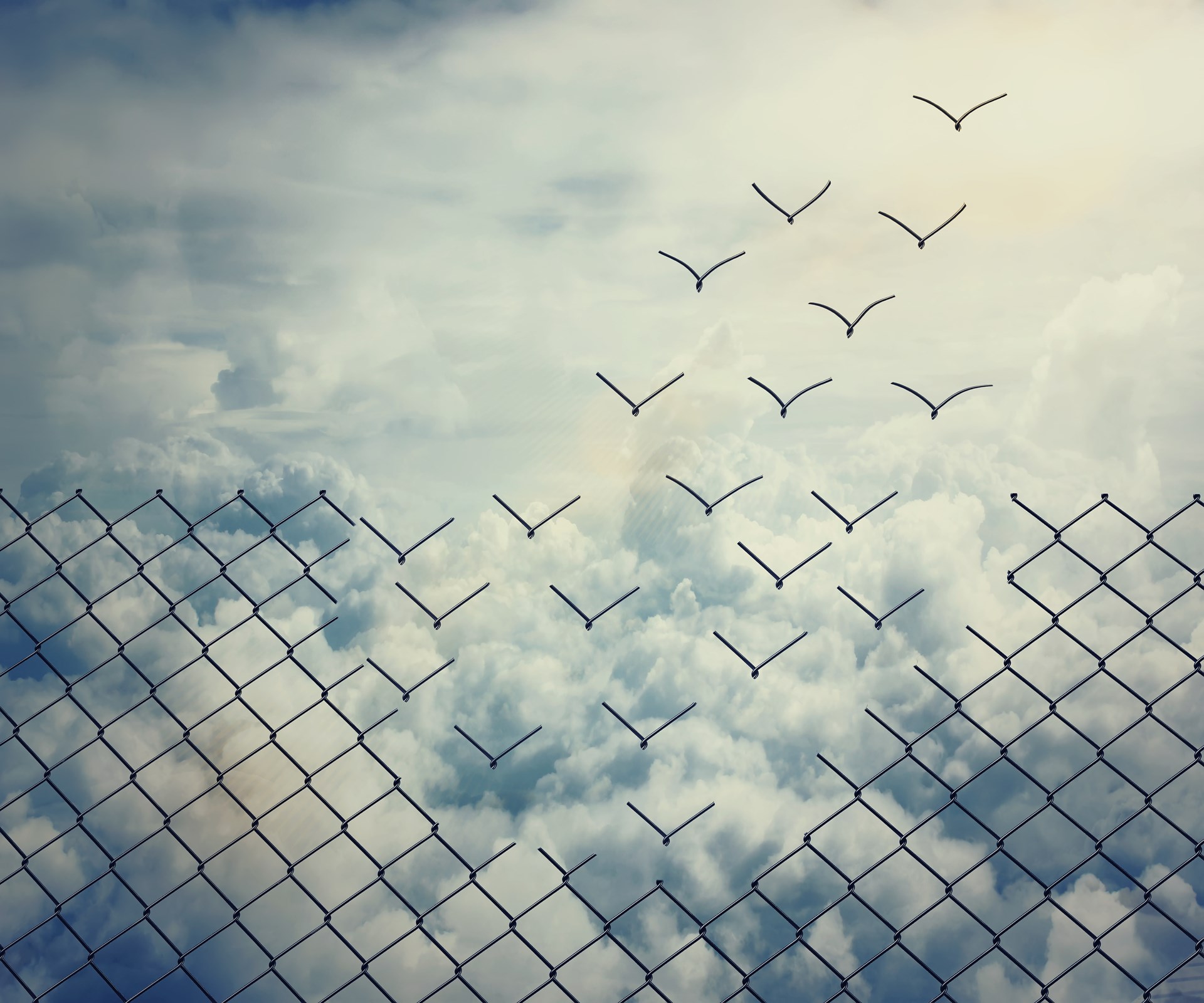 “They [the holders of authority] are so ready to spare us all sort of troubles, except those of obeying and paying! They will say to us: what, in the end, is the aim of your efforts, the motive of your labours, the object of all your hopes? Is it not happiness? Well, leave this happiness to us and we shall give it to you. No, Sirs, we must not leave it to them. No matter how touching such a tender commitment may be, let us ask the authorities to keep within their limits. Let them confine themselves to being just. We shall assume the responsibility of being happy for ourselves.”

Each of us faces a great choice. Shall I quietly accept the system of state control or shall I stand up for self-control? Self-control offers a life of freedom and responsibility. It enables us to realize our dignity in peace and harmony with others. It is a life worthy of a human being. It’s the foundation for prosperity and progress. State control offers a life of obedience, subservience, and fear. It promotes the war of all against all in the struggle for the power to control the lives of others. Self-control is a clear and simple principle applicable to all: every person gets one and only one life to live. State control has no clear and simple principle and invites conflict as individuals and groups struggle to control the state, and thus each other, or to evade control by others.

Dependent children tend to seek freedom without responsibility; independent adults embrace both. The life of freedom and responsibility offers satisfactions only available to those who take control of their own lives. The life of freedom and responsibility is the life of an adult, rather than a child; of a citizen, rather than a subject; of a person, rather than an object. Our own well being, our happiness, is not something that we can expect from others or that is delivered to us by the state. Governments are properly instituted among men, after all, not to secure our happiness, but to secure our right to the pursuit of happiness. We are responsible for being happy ourselves.

Responsibility: For some the word conjures up images of old people lecturing young people about sitting up straight, doing their homework, and writing thank-you notes to elderly aunts. Unsurprisingly, we’re expected to think it’s boring, tedious, a diversion from our enjoyment of our freedom. The goal of freedom, the images suggest, is to escape responsibilities.

We do not deserve our freedom merely because we have desires or impulses. We deserve to be free – to control our own lives – because we are morally accountable: to each other, to God (for those who believe), and to our own consciences. As one of history’s most influential moral philosophers wrote hundreds of years ago,

Adam Smith went on to explain that the development of moral consciousness entails accountability, not only to others, but to ourselves, for what we seek is not merely to be praised, but to be praise-worthy, two goals that may resemble each other, but which “are yet, in many respects, distinct and independent of each other.”

As social creatures, Smith says, we seek to become praise-worthy, or “admirable,” but “in order to attain this satisfaction, we must become the impartial spectators of our own character and conduct. We must endeavor to view them with the eyes of other people, or as other people are likely to view them.”

Becoming impartial spectators of our own character and conduct enables us to earn our own self-esteem. As Smith noted, “The man who applauds us either for actions we did not perform, or for motives which had no sort of influence upon our conduct, applauds not us, but another person. We can derive no sort of satisfaction from his praises.” Such satisfaction is possible in no other way than by embracing responsibility.

Freedom is not the same as license; responsibility closely connects freedom with virtue and self-command.Freedom: For some the word conjures up images of “anything goes,” of disorder, chaos, immorality, license. Unsurprisingly, they consider freedom frightening. As a consequence, many have believed that order and virtue must be imposed at the expense of freedom. They equate responsibility with submission to the commands of others. Some have even promised that such submission, although it may destroy what we ordinary people consider our freedom, promises a higher freedom, one far superior to what they dismiss as merely empirical or “bourgeois” freedom. They promise an ecstatic freedom that can only be found when our actions are directed by the wise and the good, or at least the powerful.

Freedom is not the same as license; responsibility closely connects freedom with virtue and self-command. The connection was made clear by one of history’s greatest champions of freedom, a man who was born a slave in Talbot County, Maryland: Frederick Augustus Washington Bailey, a man who achieved freedom for himself and for millions of others. He is known by the name he chose for himself: Frederick Douglass. Douglass wrote in his autobiography in 1845 – as a former slave who liberated himself – of the “holidays” allowed to slaves by their captors. Such moments of seeming freedom were portrayed as acts of benevolence by the slaveholders, but were in fact deployed as “safety-valves, to carry off the rebellious spirit of enslaved humanity.” The slaveholders sought to sink their captives in depravity, rather than offer them a respite from slavery:

Their object seems to be, to disgust their slaves with freedom, by plunging them into the lowest depths of dissipation. For instance, the slaveholders not only like to see the slave drink of his own accord, but will adopt various plans to make him drunk. One plan is, to make bets on their slaves, as to who can drink the most whisky without getting drunk; and in this way they succeed in getting whole multitudes to drink to excess. Thus, when the slave asks for virtuous freedom, the cunning slaveholder, knowing his ignorance, cheats him with a dose of vicious dissipation, artfully labeled with the name of liberty. The most of us used to drink it down, and the result was just what might be supposed: many of us were led to think that there was little to choose between liberty and slavery. We felt, and very properly so, that we had almost as well be slaves to man as to rum. So, when the holidays ended, we staggered up from the filth of our wallowing, took a long breath, and marched to the field – feeling, upon the whole, rather glad to go, from what our master had deceived us into a belief was freedom, back to the arms of slavery

For Douglass, freedom was found not in the drunkenness and vice encouraged by the masters, but in the dignity of self-assumed responsibility. He learned the measure of freedom when he, as he put it, “got hold of a book entitled The Columbian Orator” and was captivated by a dialogue between a master and a slave in which the slave refutes the master’s arguments for slavery and persuades the master to emancipate him. The effect of those arguments on Douglass was powerful: “Freedom now appeared, to disappear no more forever. It was heard in every sound, and seen in every thing. It was ever present to torment me with a sense of my wretched condition. I saw nothing without seeing it, I heard nothing without hearing it, and felt nothing without feeling it.”

Dr. Palmer is executive vice president for international programs at the Atlas Network and a senior fellow at the Cato Institute and director of the Institute's educational program, Cato University.