The Real Victim of Social Media Censorship is Personal Responsibility

Only the individual is responsible for their consumption of information. 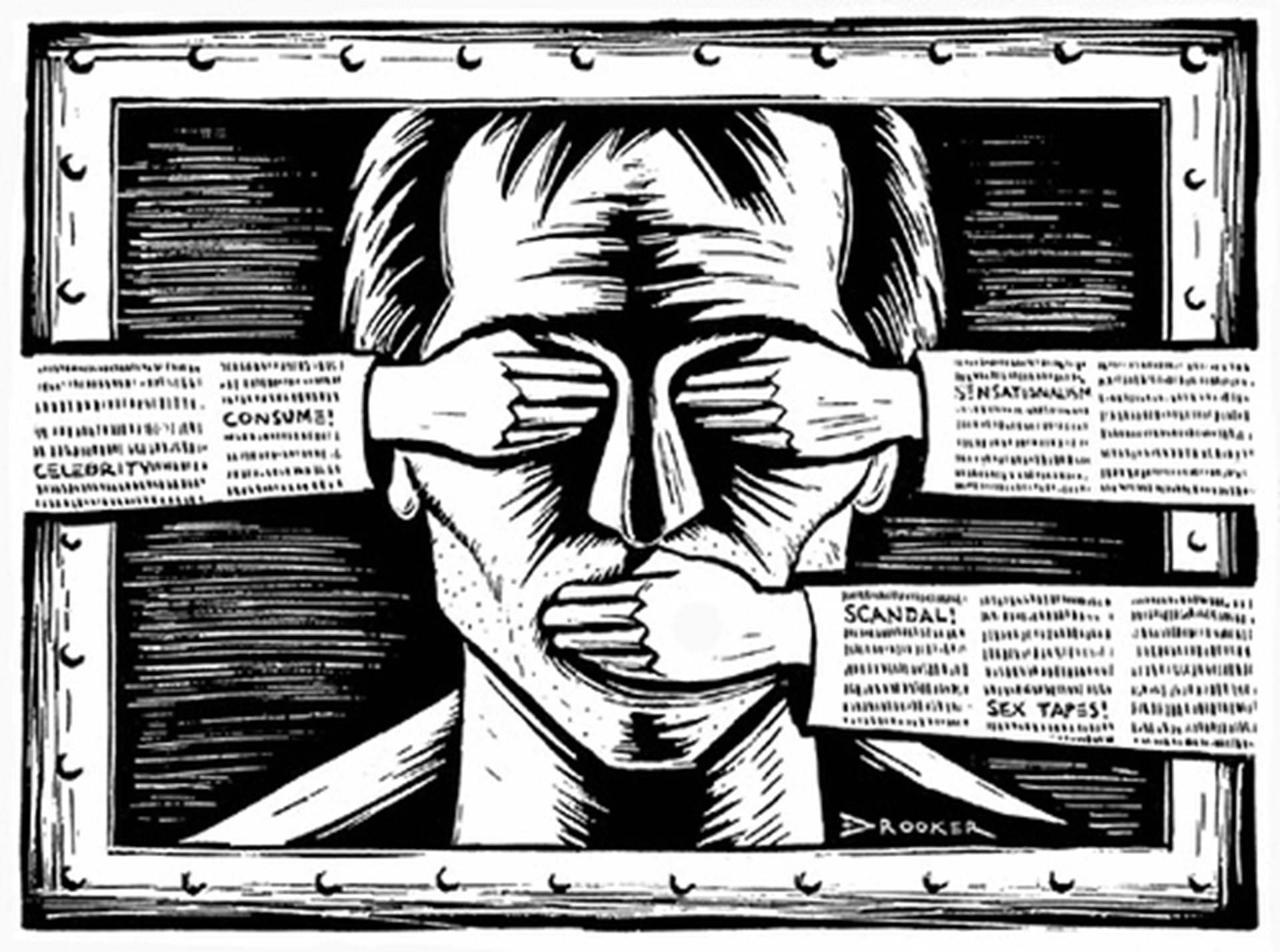 Between Trump’s tirades against alleged “fake news” outlets and the recent banning of Alex Jones from Facebook, Apple, and YouTube, our society appears to be obsessed with trying to silence the opposition by controlling the flow of information. And while the recent Jones prohibition has sparked a national debate over who the First Amendment applies to, there is more to this story than just the issue of state-protected free speech.

To be sure, the Bill of Rights is vital to individual liberty and was written explicitly to restrain the government from infringing upon the rights of the people. And while Facebook may sometimes be more accommodating to the government than many of us would like, the fact remains that it is a private company and it has the right to ban whomever it chooses. The same goes for YouTube and Apple.

And while we are each free to disagree with the decision to censor certain users, debating the constitutionality of Facebook and Apple’s decision ignores the real heart of the matter: Facebook, CNN, Apple, YouTube, and Fox News are not responsible for the spread of misinformation, no matter how much believing so may reinforce our own narratives. When all is said and done, the only person responsible for distinguishing fact from fiction is the individual.

When I was a child and used to accompany my mother to the grocery store, I would always stare in wonder at the sensational tabloid magazines that sat near the registers. “Saddam Hussein is Really a Woman,” one headline read. Another claimed to have an exclusive interview with a man with four heads while another had the scoop on the exorcism of a demonic cat. Even as a child, I understood these headlines were false, but I was still confused.

The freedom to choose and think for ourselves is one of the most sacred attributes of the individual.

“Why are these magazines allowed to tell lies? Shouldn’t this be illegal?” I asked my mother. “What if someone believes them?”

“Some people do believe them,” she said as she told me about her friend from school who never missed an issue of World Daily News. She continued, “But each person is responsible for making that decision for themselves.”

The freedom to choose and think for ourselves is one of the most sacred attributes of the individual. But over the last several years, many Americans have adopted an attitude that puts political opinions ahead of individual responsibility.

Politics has created a divide in which everyone is accusing those with different opinions of spreading misinformation. And to be sure, in the political world, there is a lot of misinformation. This is not exclusive to just one party; everyone is guilty of it. But the finger-pointing has gotten out of hand. And the recent banning of Alex Jones and the Infowars podcast has demonstrated just how severe the problem has become.

While Facebook and others have denied that the banning of Jones has anything to do with the fear of spreading “misinformation,” that is essentially what their argument boils down to. Facebook, YouTube, and Apple have all stated that Jones was removed from their platforms for violating their respective terms of use. Specifically, the social media giants have each cited hate speech and bullying as the primary causes. And out of fear that people will subscribe to Jones’ beliefs, which some do, these organizations have made the decision to censor information they deem to be false or misleading.

By allowing people to freely associate with unsavory people, we can make better use of that same freedom by choosing to disassociate ourselves.

Hateful opinions will exist whether Jones is on social media or not, but at least by allowing him to say his peace, we allow people to make their own decisions about his views. And if those decisions include the foolish choice to judge someone based on their race, immigration status, or sexual orientation, then at least we know who to avoid. By allowing people to freely associate with unsavory people, we can make better use of that same freedom by choosing to disassociate ourselves. Alleged “hate speech” should be treated as a social signal, not an excuse to ban.

The best way to combat bad ideas is with good ideas. And by allowing a plethora of different opinions to be circulated on social media, you give individuals the opportunity to judge the merits of each opinion and ultimately make their own decision. And if our ideas are truly the “right” ideas, then we have nothing to fear.

The rise of the alt-right and the alt-left has brought all sorts of weirdos out of hiding and yes, some of them have views that most of us would deem inappropriate and even immoral. But banning them only shows that we fear what they have to say. There is a market of ideas where different viewpoints compete with others. And if we, as individuals, believe that our view is the “right” or “good” view, then we should let that it compete on its own merits in the marketplace of ideas.

Twitter CEO Jack Dorsey appears to understand this, as he has refused to participate in the Jones ban, saying:

If we succumb and simply react to outside pressure, rather than straightforward principles we enforce (and evolve) impartially regardless of political viewpoints, we become a service that’s constructed by our personal views that can swing in any direction. That’s not us.

And even though this decision has resulted in backlash from the left who have attacked him for not taking a “stand” against Jones, Dorsey has stood his ground. He even responded to the criticism via tweet, telling journalists that if they are concerned with Jones’ views, they should be diligently combating them with their own opinions.

“Accounts like Jones' can often sensationalize issues and spread unsubstantiated rumors, so it’s critical journalists document, validate, and refute such information directly so people can form their own opinions. This is what serves the public conversation best.” He also released a statement stating that his platform cannot, and I would argue should not, be “the arbiter of truth” in regards to determining which information is true or false.

But no matter who you side with, this problem is hardly exclusive to the left. Trump seized on the term “fake news” (originally deployed by his political enemies) because he disagreed with what CNN and other news outlets had to say about him. But while these private companies are entitled to ban those they disagree with, they should be aware that this act is opening up the door to something much more threatening: government censorship.

Censorship by Any Other Name...

The prohibition of Alex Jones has led Democratic Senator Chris Murphy to call for increased censorship in order to “protect our democracy.” In a chilling tweet, he said:

Infowars is the tip of a giant iceberg of hate and lies that uses sites like Facebook and YouTube to tear our nation apart. These companies must do more than take down one website. The survival of our democracy depends on it.

If the flow of all information, true or false, is tearing our nation apart, then it wasn’t very strong to begin with. And for an elected official who, unlike Facebook, has sworn an oath to uphold the Constitution is calling for further censorship, then every single one of us has cause for concern.

We can argue until we are blue in the face over whether or not Facebook and Twitter should censor information, but the government has no business calling for such an act.

By constantly trying to ban everything, we are really demonstrating that we do not trust the individual.

So, if Facebook can, but probably shouldn’t, ban users and posts it doesn’t like, and the government most certainly should not and is constitutionally prohibited from censoring opinions, what are we to do to stop the spread of misinformation? It may bother some of you to hear that the answer is: absolutely nothing.

All we can do is create and circulate information and trust that our ideas are strong enough to speak for themselves. Only the individual is responsible for their consumption of information. And by constantly trying to ban everything, we are really demonstrating that we do not trust the individual’s ability to make the right decision.