The Perks of Not Being a Conference Wallflower

Whatever you need to bring your creative vision to life—skills, mentors, or just inspiration—you’ll find the tools at FEEcon.

That was Emily Cozzens’s first thought when she finally arrived at FEEcon 2017. After months of mental preparation, she had taken a leap in the direction of her own independence… and there was no turning back. She’d stretched her budget to the limit to get to the conference, and now she was excited, if not anxious, to learn the ins and outs of liberty, meet up with old friends, and make some new ones as well.

Standing there, in air so thick it was practically drinkable compared to her home state of Colorado, Emily had no regrets.

Just a few months earlier, 19-year-old Emily was buying her first plane ticket, which would take her from Colorado to Atlanta for the conference. A recent college opt-out and current Praxis participant, she’d never traveled alone before and didn’t know where to begin. But a conference call full of friends soon fixed that. With step-by-step guidance from 12 enthusiastic helpers, Emily wouldn’t miss a beat… or her flight.

Even though she almost called the whole thing off three times—questioning whether or not she was making a responsible decision—at the end of the day, she had herself a plane ticket and a mini heart attack.

“I was tired of asking for permission to do everything,” Emily says. “It was time to exercise my independence.”

But when it came time to brave her first solo flight, Emily admits she was scared out of her mind. “I thought I’d be swallowed alive by tunnels in the airport,” she says. Nevertheless, she managed to board the underground train to her concourse. And that’s when she realized: “I’m doing this. On an adventure, to a new city, by myself. It was exhilarating and terrifying at the same time.”

She’d survived the airport. She was in the air. And she was on her way to FEEcon.

On the plane, Emily did her best to look comfortable despite the fact that she was far from it. And then, to her surprise, she laughed. She’d survived the airport. She was in the air. And she was on her way to FEEcon. What a feeling!

Upon landing in Atlanta, Emily caught a ride to her AirBnB, and from there, it was all systems go. 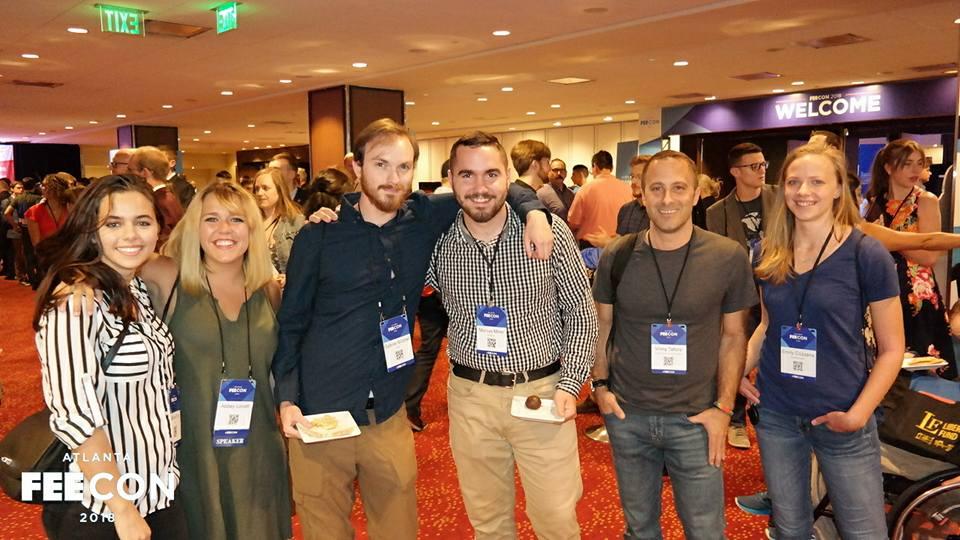 “Coming to Atlanta, there was a very real possibility that I would be the wallflower that fades into the background, goes with the flow and lets things happen,” Emily says. “It’s the way I’m wired. Or so I thought.”

Emily decided to shed her fears and jump into her FEEcon experience with her eyes wide open. She met up with her friends and talked about everything from religion to Harry Potter to Austrian economics—and that was just the first night.

Instead, Emily decided to shed her fears and jump into her FEEcon experience with her eyes wide open. She met up with her friends and talked about everything from religion to Harry Potter to Austrian economics—and that was just the first night. For five days, she was relentless about networking, refusing to be shy or hide behind a book. “[It] was the most transformative experience of the entire trip,” she explains… and that’s saying a lot.

Riding the wave of her newfound independence, Emily doubled down and signed a contract for a new job with PandaDoc on her AirBnB porch in Atlanta. As a Praxis participant, Emily had been considering an apprenticeship with PandaDoc for weeks. The job would require her to relocate to Florida. With her wallflower days permanently behind her, she was ready, now more than ever. And if this was what FEE conferences were like, she couldn’t wait for 2018! 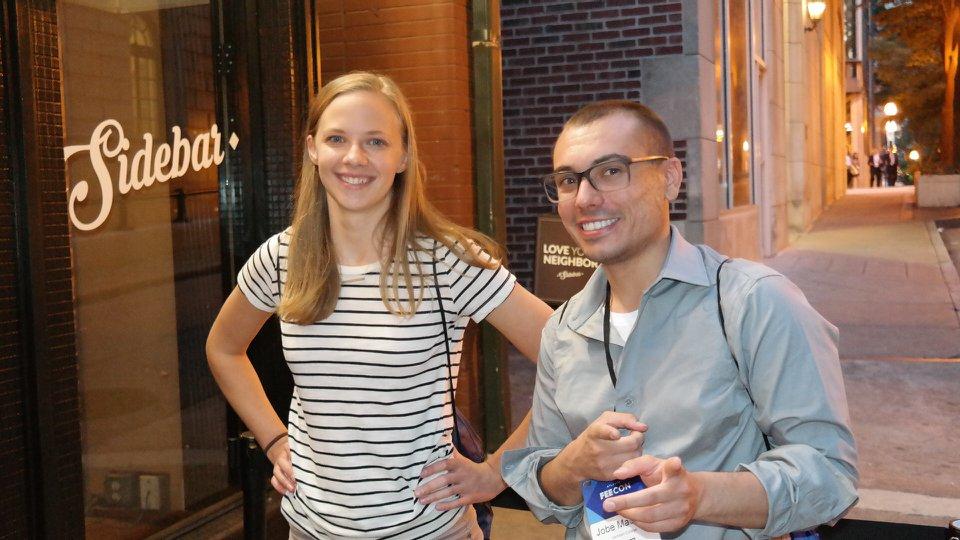 With FEEcon 2017 and 2018 under her belt, Emily still remembers the range of emotions she felt when she booked her first flight two years ago. She’s forever grateful for the friends who encouraged her to step out of her comfort zone.

When asked about her worldview going into FEEcon 2018, Emily recalled feeling much more confident.

When asked about her worldview going into FEEcon 2018, Emily recalled feeling much more confident. “I approached the 2018 conference with the sole ambition of meeting more cool people. Of course, I felt more prepared in all areas, but there was one that stood out. I was able to strike up conversations with people that I didn’t know before, and I made some great new connections,” she shared.

Emily is looking forward to FEEcon 2019, and similar to her first two experiences, she’s excited to meet new people, share stories and insight, learn from industry leaders, and, of course, have loads of fun.

As she puts it, “There are many opportunities that will come your way. It’s up to you to take them.”

FEEcon 2019 is the ideal event for networking with professionals, industry leaders, scholars, coders, philanthropists, and students. It’s a three-day journey of discovery, connection, empowerment, and fun. Whatever you need to bring your creative vision to life—skills, mentors, or just inspiration—you’ll find the tools at FEEcon. Emily recommends doing a cost/benefit analysis like the one she did back in 2017:

Cost: Ticket cost, travel costs, time at the conference Benefit: Make connections with dozens of like-minded people, build your lateral and vertical network, find inspiration to tackle your dreams in an actionable sort of way, and prove to yourself that you can handle events/tasks/opportunities that are outside your comfort zone.

“All of these [benefits] are invaluable, and they will carry you through the rest of your life,” Emily says, speaking from first-hand experience. All you have to do is take the first step.

And the first step is to sign up to stay in the loop on updates, including registration, scholarships, speakers, exclusive discounts, and more!

The party starts on June 13 in Atlanta, Georgia. Will we see you there?

Aquinnah Bree is a freelance writer and author of an upcoming fantasy novel. She shares insight and inspiration at aquinnahbree.com.