The Olympics are far from perfect. But its promotion of individual excellence is ideal.

A number of libertarians have come out with criticisms of the Olympic Games. And while there is a lot to criticize, as a half glass full sort of guy, let me point out some of the good things about the Olympics.

First, let's get past the one and only legitimate criticism of the Olympics as far as I am concerned. The athletes and the events are, to a large extent, supported by governments. While many countries do have volunteer programs and voluntary fundraising efforts to support athletes, most of the funding comes from government. Governments usually build the stadiums and other venues needed to stage the event or provide a major portion of the funding.

In fact, the Olympics are big business. The broadcast rights are very expensive and much sought after. Tourism revenues in the host venues are huge, as are the actual ticket sales to the events. The International Olympic Committee (IOC) is, in fact, an international, non-profit, non-governmental organization based in Switzerland.

There is absolutely no need for governments to be involved in the Olympics. An event with that much revenue generated can get by just fine as a conglomerate of profit-seeking businesses. Not only would money pits like Montréal and Moscow be avoided, but tremendous cost efficiencies would be realized.

But aside from that concern, the Olympics can be seen as representing everything capitalism is about. It promotes excellence through competition. It promotes international cooperation as does free trade. It embraces a spirit of peace and good will as opposed to war and strife.

It is true that some countries play a game of one-upmanship to see who can win the most medals. This was especially so during the Cold War when the Soviet Union and other eastern bloc countries made a big deal of supporting and training athletes to beat the West at the Olympics, supposedly to prove the superiority of communism over capitalism. But this was due to government involvement in the Olympics. Nationalism runs rampant.

Even today, the staging of Olympic events in countries like China brings an element of hope to people in those countries. They see the attendees from foreign lands and the spectacle of wealth created by Western capitalism (imperfect as it is) and it inspires them to resist the tyranny of their own lands.

China, in fact, has made great strides since 1989's Tiananmen Square protests and has embraced a market economy, albeit with the Communists still in control. But on a recent Southeast Asia cruise my wife and I took in January, the cruise director (head of entertainment on a cruise ship) was from mainland China, and fully 15 percent of the guests on the ship were from mainland China. The staging of the Olympics in Beijing in 2008 helps gently nudge China to be even more open and perhaps eventually do away with the unitary one party state.

I'm reminded of P.J. O'Rourke's book Eat the Rich where he comments on the isolation of Cuba. While acknowledging the horrors, the concentration camps, the executions, and the fact that, according to human rights group Americas Watch, Cuba has "more political prisoners as a percentage of population than any other country in the world," O'Rourke argues that the U.S. trade embargo with Cuba was a huge mistake. "It gives Castro an excuse for everything that's wrong with his rat-bag society. And free enterprise is supposed to be the antidote for socialism. We shouldn't forbid American companies from doing business in Cuba, we should force them to do so."

That last remark, of course, is humorous hyperbole to make a point. O'Rourke does not believe in forcing people to do anything. Perhaps the best thing ever done by the Obama administration was lifting the trade embargo with Cuba.

But the point he makes remains valid for Olympics hosted by dictatorships. It exposes the people there to a different way of life. To wealth and prosperity. To Western culture. That can only be a good thing in my opinion. 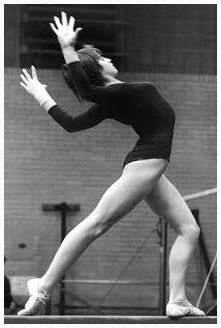 Indeed, Olympic watchers recognize this. During the 1976 Montréal Summer Olympics, a 14 year old gal from Romania, Nadia Comaneci, scored seven perfect tens in gymnastics – the first time anyone had scored a perfect ten, let alone done it seven times. She was cheered and admired worldwide, but not because she was a Romanian. Nobody gave a crap for her rat-bag commie hellhole of a country. They celebrated Nadia the person.

And just as Ayn Rand loved Christmas for its commercialism, something many people deplore, so too I celebrate the commercialism associated with the Olympics. Here in Australia we have been watching the Olympics and, as in North America, many companies sponsor the broadcasts. They create ads celebrating excellence and the spirit of international good will engendered in Olympic competition. Even companies that some would think as unlikely sponsors like McDonald's are major supporters of the Olympics.

And it gives the opportunity for rising stars in obscure sports to make money through commercial endorsements, something that is now allowed but was previously banned.

The Olympics are far from perfect. There is too much government involvement. There is, perhaps, a little too much nationalistic fervor. But its promotion of individual excellence through competition, its promotion of dedication, commitment, and a strong work ethic, is very much in the spirit of capitalism, freedom, and libertarianism.