Will we be so lucky the next time this happens? 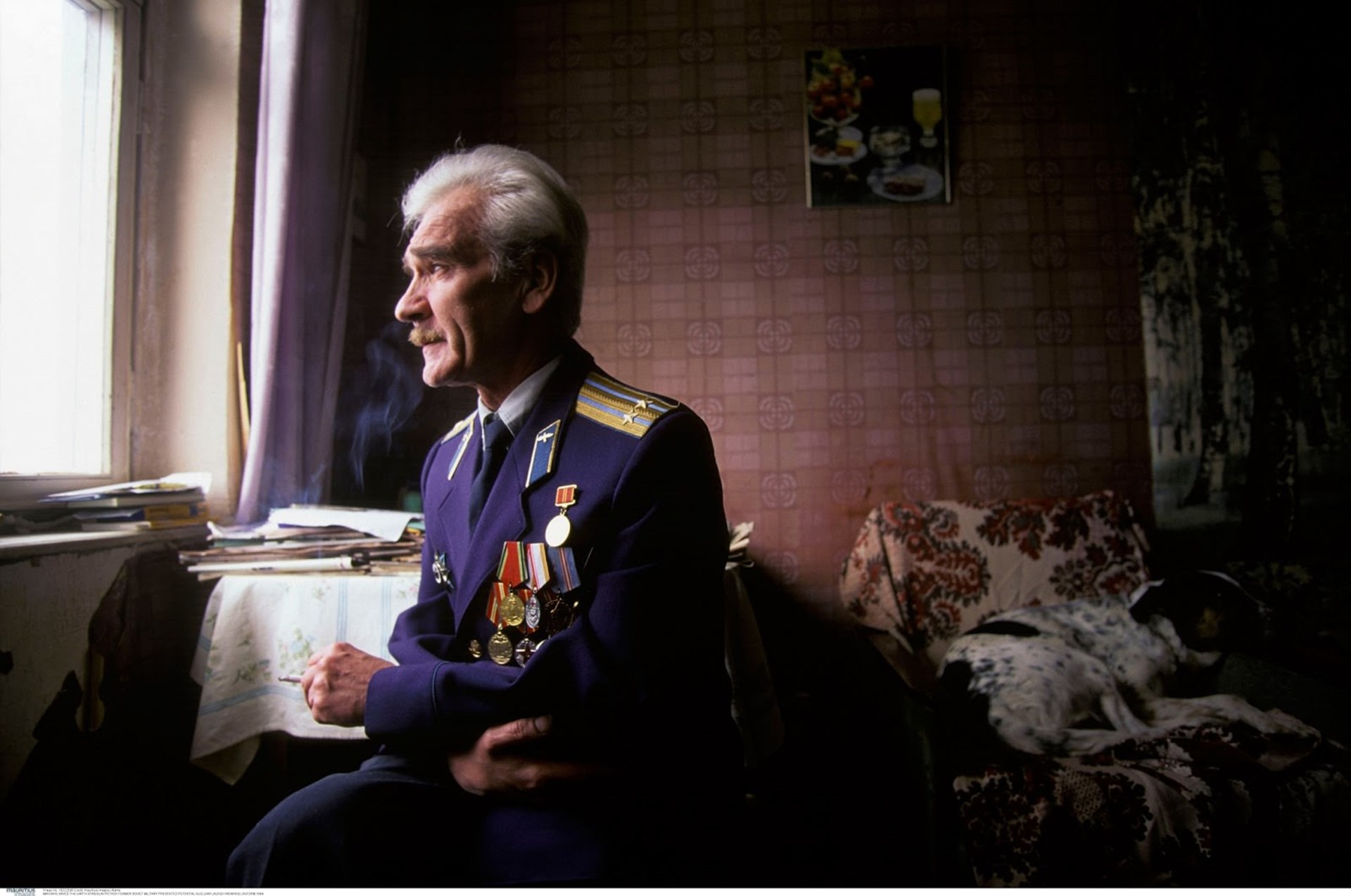 Yesterday, Trump spoke in front of the United Nations and declared that, if necessary, the United States would do "what it needed to do" to protect itself against North Korean threats.

Standing on the floor of the U.N. General Assembly, Trump stated:

“The United States has great strength and patience, but if it is forced to defend itself or its allies, we will have no choice but to totally destroy North Korea. Rocket Man is on a suicide mission for himself.”

This isn’t the first time Trump has threatened North Korea with the prospect of nuclear war. Just last month, he promised to “unleash fire and fury” against the country, which had just launched its own ballistic missile over neighboring Japan. Since then, tensions have been mounting.

But as the two countries move closer to the brink of nuclear war, the world is about to celebrate the 34th anniversary of the nuclear war that almost was.

Stanislav Petrov was working the overnight shift on September 26, 1983 when he inadvertently saved the world from nuclear war.

The heightened tension between the two global superpowers made the decision forced on Petrov even more grave.

As a lieutenant colonel in the Soviet Union’s Air Defense Forces, Petrov was tasked with monitoring the country’s satellites, looking for possible nuclear weapons launched by the United States. There was nothing particularly unusual about this shift until the alarms began to sound at dawn.

The alarm had indicated a warning that America had launched five nuclear intercontinental ballistic missiles. And it was Petrov’s job to sound the alarm that would initiate a retaliation before it was too late.

"The siren howled, but I just sat there for a few seconds, staring at the big, back-lit, red screen with the word 'launch' on it,” Petrov remembered.

Earlier that same month, the Cold War had further escalated after the USSR had shot down a Korean commercial airliner that had flown into its airspace. The incident resulted in the deaths of 269 people including a United States Congressman from Georgia, Larry McDonald.

The heightened tensions between the two global superpowers made the decision forced on Petrov even more grave.

"There was no rule about how long we were allowed to think before we reported a strike. But we knew that every second of procrastination took away valuable time, that the Soviet Union's military and political leadership needed to be informed without delay. All I had to do was to reach for the phone; to raise the direct line to our top commanders — but I couldn't move. I felt like I was sitting on a hot frying pan."

Petrov hesitated because he had a gut instinct that something was off. This technology was still fairly new, and he was sure it had some kinks to be worked out. In his training, he was taught that any strike from the U.S. would most likely come as a full-fledged attack. Yet, the satellite system was only showing a handful of missiles. This hardly constituted all-out warfare. What if the satellite was incorrect? Was he willing to call in his superiors and start a nuclear war over a system error?

On the other hand, if the monitors were correct, Petrov only had 20 minutes to act before the missiles struck. After a torturous internal debate, Petrov decided not to act in haste. He quickly checked to see if the satellite had malfunctioned, causing it to report a false launch.

He soon discovered that there had in fact been an error and no missiles had been launched at all.

If Petrov had simply sounded the alarm for his superiors, as he was trained and ordered to do, there is a good chance counterstrikes would have been launched on behalf of the USSR and the world may not be as it is today.

"[Petrov] just had this feeling in his gut that it wasn't right. It was five missiles. It didn't seem like enough. So even though by all of the protocols he had been trained to follow, he should absolutely have reported that up the chain of command and, you know, we should be talking about the great nuclear war of 1983 if any of us survived."

Petrov passed away in May of this year, avoiding having to witness America’s current flirtation with nuclear war.

The escalation between the United States and North Korea builds by the day. Aside from the Cuban Missile Crisis, the September 26th incident was the closest the United States had ever been to a nuclear war — until now.

The escalation between the United States and North Korea builds by the day. As each president continues to taunt the other, either by showing off military might or dishing out childish insults, the world gets closer to the possibility of nuclear war: one that could also involve the nuclear arsenals of China, even Russia. Unlike Petrov, neither world leader has taken a moment to fully think this through. A nuclear war is in absolutely no one’s interest.

The US government has been ratcheting up tensions with nuclear Russia over Ukraine and the Middle East and with nuclear China over North Korea and disputed islands in the South China Sea. As relations between nuclear powers deteriorate, incidents like what happened on September 26, 1983 become more likely. We're all alive today because a man like Stanislav Petrov was the one on duty that day. Will we be so fortunate the next time? What if a more obedient and "by the book" officer is at the helm the next time a system malfunctions or a message is miscommunicated when nuclear stakes are on the line? As a BBC article reported:

He says he was the only officer in his team who had received a civilian education. "My colleagues were all professional soldiers, they were taught to give and obey orders," he told us.

So, he believes, if somebody else had been on shift, the alarm would have been raised.

Petrov was ominously right when he said, “...they were lucky it was me on shift that night."