The False Promise of Populism

The poison is state power. And this poison is fatal regardless of who exercises it.

The following quote is an excerpt from from Sumner’s famous 1883 essay, “The Forgotten Man“: 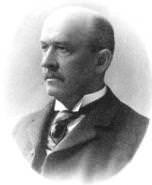 It is true that, until this time, the proletariat, the mass of mankind, have rarely had the power and they have not made such a record as kings and nobles and priests have made of the abuses they would perpetrate against their fellow-men when they could and dared.  But what folly it is to think that vice and passion are limited by classes, that liberty consists only in taking power away from nobles and priests and giving it to artisans and peasants and that these latter will never abuse it!  They will abuse it just as all others have done unless they are put under checks and guarantees, and there can be no civil liberty anywhere unless rights are guaranteed against all abuses, as well from proletarians as from generals, aristocrats, and ecclesiastics.

Those who embrace populism in the hope that it will bestow upon ordinary people more freedom or greater prosperity (or both) will be deeply disappointed.  Not only will power still, in practice, be exercised chiefly by a small cadre of individuals – who by this very reality will be, or will inevitably become, elite – the fact that the power that is exercised by the state will be no less, and perhaps more, than is the power that is exercised under the system displaced by populism means that the the poison remains.  The poison is state power.  And this poison is fatal regardless of who exercises it and for what particular purposes.  State power exercised by the mob or by “the People” or by those who are conventionally regarded as “elite” remains poisonous.