The awareness of unseen effects of actions. 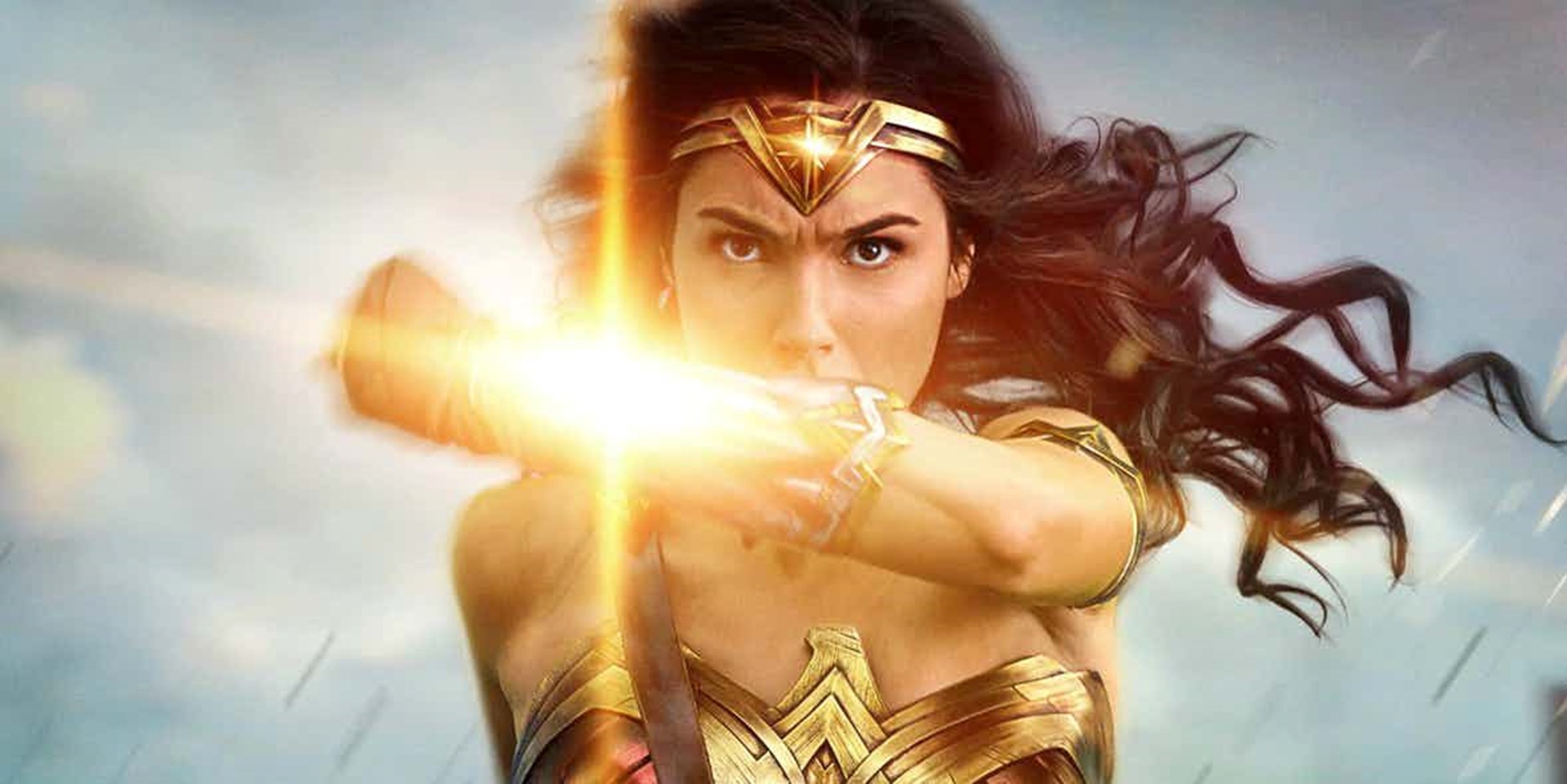 Economists don’t normally think of ourselves as having superpowers, but if we did, it would probably be the power to “see the unseen” as Bastiat observed over 150 years ago. The great thing about this superpower is that it allows us to break through conventional ways of thinking to gain new insights. Sometimes it even lets us see things that comic book heroes with superpowers can’t.

What matters more than what’s in our hearts, or how great the people in charge are, is the structure of political, social, and economic institutions.Like many others, I recently watched and enjoyed the new Wonder Woman film. I am no film critic, nor am I a comic book geek, so I’ll refrain from any commentary about the quality of the film or the authenticity of its treatment of the heroine. What I do want to comment on is one key aspect of the plot and what it means for how we understand the world, and how the economist’s superpower of seeing the unseen can teach us a lesson from it.

I don’t think my plot point is a major spoiler, but if you haven’t seen the film and want to play safe, you might wish to come back to this after you do.

The core of the plot is that Wonder Woman sets out, with help, to try to end World War I before the Germans use especially nasty poison gas to kill millions. Wonder Woman, who is a descendant of the gods, is convinced that the war is happening because humans have come under control of the evil Ares, the god of war. She believes she can end the war by killing Ares. Believing this also allows her to believe that humans are basically good, but corrupted by an evil god.

Without giving away the fun, she finds out that her belief is incorrect. When she realizes this, she becomes convinced that the reason for the war is that human beings themselves have evil in their hearts independent of the gods. We were created with enough evil in us to drive us to kill in the ways seen during war.

Wonder Woman’s switch from what we might call the “Evil Great Man” theory of war (and, perhaps, history more generally) to the “Humans Are Full of Evil” theory is a version of a dichotomy we see often in social commentary. Social outcomes are ascribed either to the controlling actions of a powerful individual or small group, or to the intentions of humanity in general.

Such explanations need not be applied only to socially undesirable outcomes like war or famine or poverty. We sometimes see one or the other option invoked to explain desirable outcomes. Think of the ways in which we talk about President Roosevelt having brought us out of the Great Depression, or the ways in which religion and myth are filled with stories of great lawgivers who provided the rules by which societies thrived and prospered.

The Role of Institutions

The problem is that these two kinds of explanations do not exhaust the possible ways we can do social analysis. Outcomes need not be directly connected to the actions of great men and women, nor to the psychological states or intentions of humans as a whole. Wars might happen for reasons other than the desires of powerful individuals or the evil in men’s hearts. After all, if we are so suffused with evil that we are constantly inclined to war, how do we ever explain (relative) peace?

Just as those who try to explain the rise and fall of gasoline prices by the greed of oil companies face difficulty in explaining why prices ever fall (did the companies suddenly become full of altruism?), so do those who explain social disorder by the evil in men’s hearts have to explain how extended periods of peace and prosperity have been possible. The same is true for the Great Man theory: why do periods of great calamity and great prosperity seem to happen without people of great evil or good being in charge?

So what is an alternative? The answer is “institutions.” What matters more than what’s in our hearts, or how great the people in charge are, is the structure of political, social, and economic institutions and the information and incentives they provide for people.

Prosperity does not depend upon “great men,” either as socialist planners or capitalist entrepreneurs.Institutions like private property, the rule of law, freedom of exchange, and sound money provide the information and incentives needed to generate positive-sum outcomes like social cooperation, peace, and prosperity. When those institutions are weak or absent, social cooperation is less likely and the odds of war and other forms of negative-sum interactions are greater.

The market illustrates this point nicely. What causes prosperity? Is it the altruistic desire of individuals to create products and services for others? Is it having a few brilliant people who can either plan an economy or who invent great new technologies? It’s none of those.

Prosperity emerges as the result of institutions that ensure the protection of private property, and the right to exchange and contract, along with an ethical environment that sees the pursuit of profit as at least tolerable, if not morally praiseworthy. Prosperity does not depend upon “great men,” either as socialist planners or capitalist entrepreneurs. Entrepreneurship can be found all over the world and throughout history. Whether it produces prosperity depends upon the institutional and ethical context in which it operates. We need only assume that humans generally wish to improve their own lives and those of the people they care about.

Consider war. Humans go to war not because powerful people have some sort of control over them, nor because we have so much evil in our hearts. We go to war because the institutions and attitudes that promote peaceful social cooperation have broken down, or been destroyed, leading us to use violence and force to extract wealth from others and improve their own lives rather than engaging in mutually beneficial exchange. Despite her god-like powers, both of the places Wonder Woman looked to explain war are not going to give her good answers. That’s because she lacks the economist’s superpower of seeing the unseen.

Wonder Woman’s superpowers didn’t enable her to understand the causes of war.That the real causes of social outcomes can elude even the children of gods should give us pause. I was thinking about Wonder Woman’s false dichotomy this weekend while listening to an excellent after-dinner talk by Kevin Williamson of National Review. One of the points he made was that, like fish who do not know what water is because they have always been swimming in it, people in the early 21st century west do not appreciate just how prosperous we are, and how much more prosperous we are than a generation ago, because we have known nothing else.

I think this is right, and I have tried in numerous publications to remind us that we are swimming in the water of prosperity. The Wonder Woman discussion, however, offers us a possible reason that we miss the water that’s all around us. Perhaps because we cannot attribute that prosperity to the actions of a few great people, or because of some change in human motivation, we are at a loss to understand and appreciate it. At least we can’t see it without the economist’s superpower.

What We Cannot See

Perhaps it is not just that the prosperity itself is as invisible as the water fish swim in, but that the institutional causes of that prosperity are as well. We in the prosperous West also swim in an ocean of institutions that still work reasonably well at promoting prosperity and social cooperation. We don’t appreciate the role played by private property, the rule of law, the freedom to trade, etc., because they are part of our social furniture in ways we simply do not notice until they are gone.

Wonder Woman’s superpowers didn’t enable her to understand the causes of war, and thinking that great people or changes in the human heart will stop war or bring prosperity is a mistake we cannot afford to make in a world where the institutions that actually create peace and prosperity are under threat from a variety of sources.

If we are to maintain the prosperity and social cooperation that has characterized the last 200 or more years, we shouldn’t be lighting up the Bat-signal or calling for Superman and other superheroes to save us with their superpowers. We should be looking to instead to cultivate in ourselves the economist’s superpower of seeing the unseen, which will enable us to not only appreciate the often invisible peace and prosperity that characterizes modern life, but to understand its equally invisible causes.