Look at the Growth We'd Get from Less Government 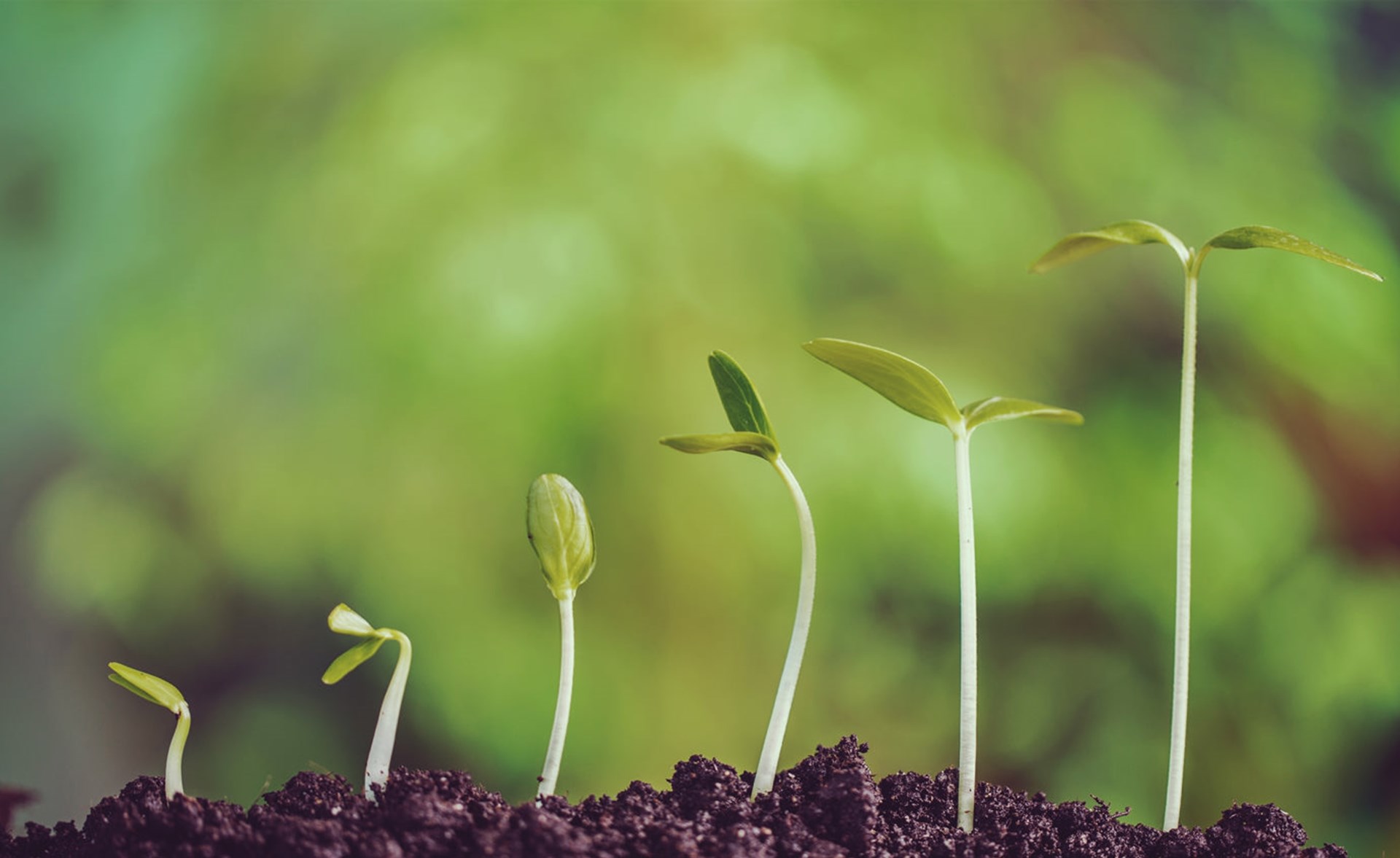 There’s infighting on the political left over the feasibility of presidential candidate Bernie Sanders’s economic policy proposals. Four former chairs of the Council of Economic Advisors to Democratic presidents (Laura D’Andrea Tyson, Christina Romer, Austan Goolsbee, and Alan Krueger) — and Paul Krugman for good measure — chastised University of Massachusetts economist Gerald Friedman for his rosy predictions of prosperity under the democratic socialist’s presidency. The original salvos were eventually elaborated on in a more formal critique and then response, but initially the primary objection from critics such as Krugman was that Friedman’s projections of 5.3 percent real GDP growth during the first decade was implausibly high — it broke the post-war records, for crying out loud.

While the interventionists and socialists battle it out, let’s look at what a free-market growth forecast would look like — one that greatly reduces government budgets and coercion. As we’ll see, a capitalist plan can match Friedman’s projections using even conservative assumptions.

Americans need not tolerate low growth for the foreseeable future; our economic malaise is entirely the product of horrible government policies.

Suppose that federal, state, and local governments cut 25 percent of their current spending and “refund” the savings through tax cuts. A more formal proposal would specify exactly how taxes would be reduced, but for our purposes, assume it’s a balanced mix of rate reductions of the personal income tax, Social Security and Medicare payroll tax, and corporate income tax.

A 25 percent cut might sound impossibly large, but consider that a conservative estimate in 2010 calculated that the war on drugs costs various US government entities about $88 billion annually — $41 billion in direct expenditures on arrest, prosecution, and incarceration, and about $47 billion in forfeited sales tax receipts. (Note that it is not a “tax increase” if preexisting tax frameworks are applied to drugs that were previously prohibited; the market is still being liberalized.)

Eliminating subsidies to higher education and ending mandatory schooling requirements would further slash spending, as schools and colleges could be downsized in light of smaller student populations.

Another obvious area to cut would be the military budget. But I do not want to delve into specifics, since the point of this analysis is to map broad policy changes with economic impacts. As a final note, I point to a quick estimate I made of $1.6 trillion in liquid assets that the federal government could sell over time (though that particular estimate relied on much higher oil prices), in order to provide breathing room to phase in the spending cuts after the entire upfront tax cut.

How Big of a Boost to Growth?

What impact would such an aggressive policy likely have on economic growth? We don’t have to turn to radical right-wing think tanks for our numbers. Instead, we appeal to mainstream economists. For example, here is a conventional analysis of “dynamic scoring” of tax receipts from economists Greg Mankiw and Matthew Weinzierl. They used a standard model of the economy and plugged in reasonable parameter values for existing levels of taxation in order to estimate that

For example, if the government cuts the rate on capital taxes such that we would expect revenue to drop by $100 billion, then the underlying economy immediately grows such that revenues only fall by $89.4 billion (reflecting Mankiw and Weinzierl’s “immediate feedback” of 10.6 percent). In the long run, the cut in capital taxation stimulates so much extra growth that it halfway pays for itself.

More directly applicable to our analysis is a paper in the prestigious American Economic Review, written by Democratic economists Christina Romer and David Romer: “The Macroeconomic Effects of Tax Changes.” The Romers come up with a clever way to isolate causality in the study of historical tax episodes and conclude that in the third year after a 1 percent of GDP increase in taxation, GDP will have fallen 3 percent below what it otherwise would have been.

Both of these estimates (from orthodox, mainstream economists) underscore taxation’s huge impact on incentives for work and investment. Continuing with our ballpark analysis, a 10 percent of GDP tax cut (“paid for” by spending cuts) would translate into a 30 percent boost to GDP, relative to what it otherwise would have been. (This extrapolates the Romers’ analysis, but I don’t think they appreciate how relatively unproductive government spending is compared to private sector resource allocation.)

Thus far, I’ve given a quick and dirty estimate that a large spending and tax cut could provide incentives to workers and firms to reorganize themselves more productively, boosting official GDP (relative to what it otherwise would have been) by 30 percent.

However, the analysis so far has looked only at the existing labor pool. If, in addition to legalizing drugs, abolishing mandatory school attendance laws, and ending subsidies for higher education, we also ended minimum wage laws, then millions of additional teenagers and young adults would be able to find work, providing a large, one-shot (and permanent) boost to GDP.

For ballpark estimates, about 20 percent of federal and state prisoners are drug offenders, while the United States has about 2.2 million prisoners total. When we consider that many robberies and homicides are ultimately due to the drug war, we can safely assume that full drug legalization would reduce the total US prison population by 500,000 people.

Turning to students: according to the Census Bureau, about 17 million are enrolled in high school. Assume that with no coercion and with plenty of entry-level jobs (thanks to abolition of the minimum wage), 7.5 million drop out and go to work. The census data also show some 19 million students enrolled in college or graduate programs. Let’s assume 10 million of them (a little more than half) don’t really belong there — and having worked as a college professor, I think that’s a conservative estimate.

Finally, consider that there are some 930,000 young adults (aged 16 to 19) who are currently unemployed, meaning they are actively seeking work but can’t get a job. Their unemployment rate is a whopping 16 percent, compared to 4.9 percent for the civilian noninstitutional population as a whole. Let’s assume that getting rid of the minimum wage would give these teenagers the same unemployment rate as everybody else.

Adding it all up, with rounding, we get about 19 million new workers entering the labor force. The existing civilian labor force is about 158 million. That means our policy changes would provide an immediate boost to the labor force of about 12 percent.

These workers will generally have below-average skills, but (especially if we focus on the former students) they will get a head start on their productive careers — and they won't have any student loan debt hanging over their heads. Over time, total economic output will be higher because each worker on average will have a longer career, meaning that his or her prime earning years are extended as well. Let’s assume that by the tenth year of the policy reforms, the quality-adjusted civilian labor force is 10 percent (not 12 percent) higher than it would have been.

These ballpark estimates show how we could make the economy, 10 years after these free-market policy changes, have a real GDP that is 40 percent higher than the counterfactual trend. That compares to Gerald Friedman’s “implausible” projection of 37 percent higher growth in the same period. In terms of annualized growth, and assuming the same baseline trend, these proposals would create more than 5.3 percent real GDP growth over the first decade.

If we pushed the analysis further and made bigger cuts in both spending and taxes, growth would be even larger. (Add to the reforms already discussed a much more relaxed immigration policy, and the official aggregate real GDP numbers would go through the roof.)

Contra Friedman’s critics, there is nothing inherently “implausible” about 5 percent growth in real output over time. Reform proposals from America’s socialists will never get us there, but a few solid moves in the direction of laissez-faire capitalism could do so easily.

Analysts like Paul Krugman and the Democratic CEA chairs have no idea just how crippling current government policies are.