The Beautiful Ideals of “Hidden Figures”

A tremendously inspiring film about persistence in the face of resistence 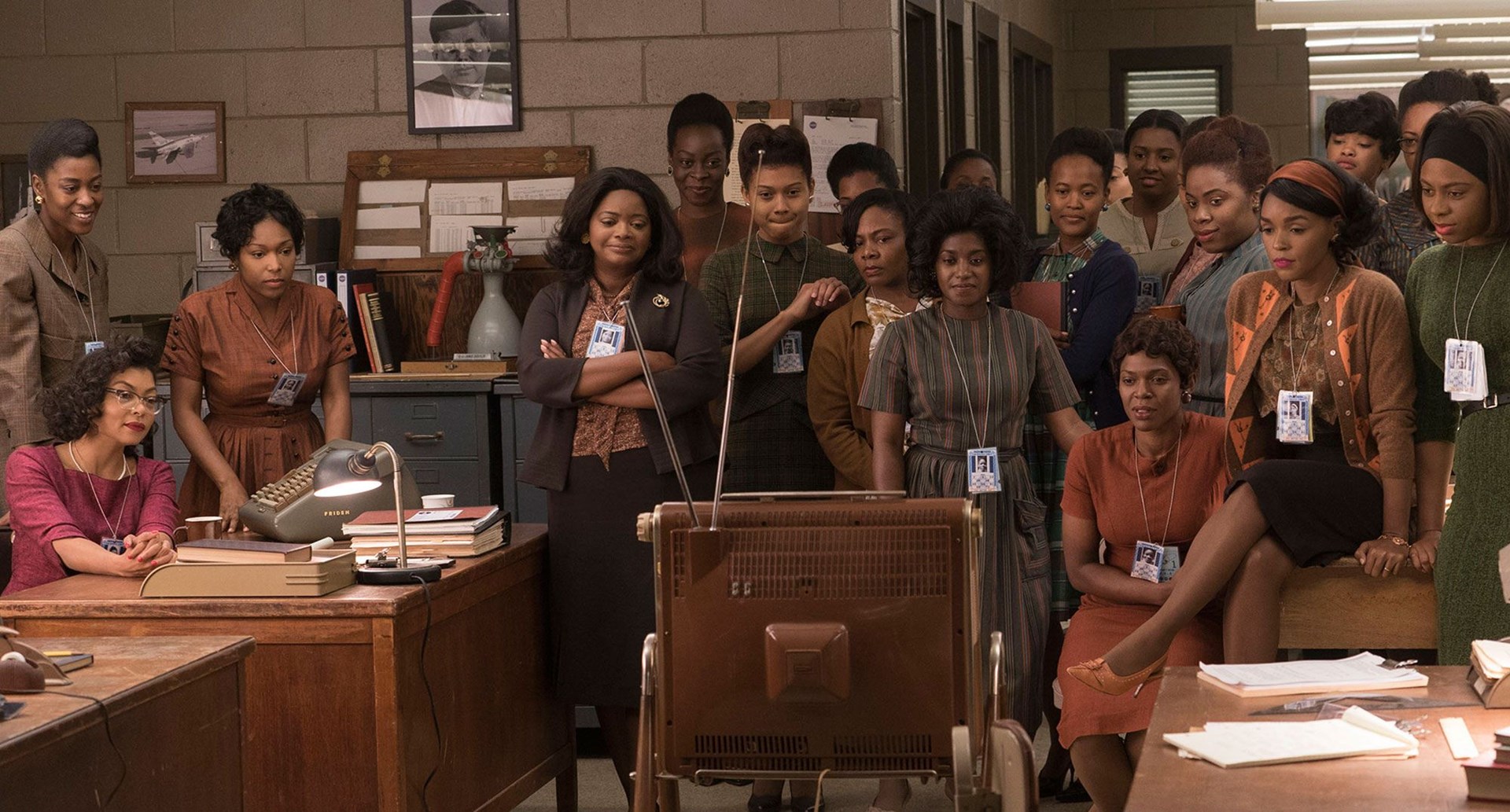 Hidden Figures, a historical drama about the science and personalities behind John Glenn’s 1962 orbit around the earth, is a film about the individual's role in shaping progress through freedom, equal rights, entrepreneurship, and great personal character. It’s a film that everyone who loves liberty can celebrate.

These ideas permeate Hidden Figures at every level, from the core story about three brilliant and incredible women, to the way they become leaders in their fields despite racism, sexism and segregation, to the overarching drama of the space race and the achievement over the impossible on a global scale.

The film made me weep during several scenes, but none more than a moment that serves as a microcosm of everything that is right with its entire guiding philosophy. Taraji P. Henson stars as Katherine Johnson (née Goble), a prodigious mathematical genius who made immense contributions to the space program first as a "computer" (what human calculators were called before machines took over the title) then as a physicist and mathematician working for the Space Task Group under Dr. Al Harrison (a bit of a composite character, played with curiosity and charm by Kevin Costner).

Before her promotion to the Space Task Group, Katherine was doing basic calculations as part of a pool of "colored" women along with her undervalued supervisor, Dorothy Vaughan (Academy Award winner, Octavia Spencer), and her engineer friend, Mary Jackson (played by the incredible singer and performer, Janelle Monaé) who are each ground-breaking pioneers even in their supporting roles.

The story tracks these three as they each make contributions to science and mathematics while battling state-enforced segregation in Virginia and a culture of lowered expectations and general mistrust from their colleagues, as black women in the 1960s.

A Rocket and a Human Being

The film made me weep during several scenes, but none more than a moment that serves as a microcosm of everything that is right with its entire guiding philosophy. Please note that while Hidden Figures is based on a true story and not reliant on shocking plot-twists, there's simply no way to explain what I mean without giving away a few minor spoilers in the discussion below.

Most of the film is centered around the complex challenge of getting a 200-foot-tall rocket into outer space with a human being on board and Katherine Johnson's pivotal, and as yet untold, role in accomplishing that feat. That would be a difficult job for anybody, but as if the burden of being black and female wasn't enough, the film's heroines also face what is, in a way, an even greater threat: technological progress itself.

In their rush to beat Russia into manned space-travel, NASA invested in one of the earliest machine computers made by IBM, hoping it would be able to replace their many teams of "calculators" and do their math more quickly. Once the company's technicians actually get the machine to work, it will most likely render the entire role for human "computers" obsolete, making Katherine, Dorothy, and Mary's quest for workplace equality a moot point.

The Threat of Human Obsolescence

The construction of this computer is a ticking clock in the film, counting down to the moment when our heroes might lose their jobs; just as news footage of Russia's successful rocket launches create tension and a sense of urgency for the entire NASA team.

But what makes Hidden Figures such a morally compelling film is how its characters handle these challenges.

When Dorothy Vaughan learns about the machine and NASA's plans to use it instead of human computers, she sneaks into the massive room in which the computer is being assembled. For a brief moment, entirely because I have become so conditioned to characters in films (and life) acting unethically when their jobs or positions are threatened, I half-expected her to do something to sabotage the machine in order to secure her own employment. Self-righteousness as a justification for immoral actions has become so commonplace that I couldn’t help but assume that’s the direction this film was going to go.

However, in a moment alone with a machine that could replace her and her entire staff, Dorothy does something incredible: She reads the manual.

She eventually returns to inform the women that they risk losing their jobs. They are naturally upset, and they asked Dorothy what they're going to do. And instead of commiserating with them or blaming the many legitimate obstacles black women faced, she heroically tells them that they are going to find a way to become more valuable.

This is a lesson people in America desperately need right now.She gets a book from the public library and learns Fortran, one of the earliest computer programming languages. And then she teaches these skills to her entire crew, so that when the computer is finally turned on, they’re the ones who know how to use it.

As the film progresses, Dorothy returns to the IBM room several times. And in what was for me one of the most poignant moments in the movie, she knows enough to understand why the IBM technicians haven't gotten it to work and then fixes the problem. As its databanks begin to spin up for the first time, she smiles, and says, “That a girl.”

As I watched this, tears of joy and pride began to stream down my face.

When so many people in real life would see new technology as a threat to be feared, these women – who had everything working against them in life already – took it as an opportunity and a challenge to become better, more skilled, and more valuable. This is a lesson people in America desperately need right now, and hardly the only one on display in Hidden Figures. Every one of these characters is a role model and a true hero.

I rarely make any kind of broad statements encouraging people to see any particular movie. This is an exception.FEE has traditionally taught that individual freedom is the path to a better world for everyone. We believe that each of us has the power to take charge of our own lives, and that the best way for people to benefit themselves is by creating value for others under a system of voluntary exchange. We believe that strong personal character is essential for individual and societal development, and that the existence of injustice should never be an excuse to visit injustice on others. And we reject the coercive barriers that restrict people from pursuing their own unique values and dreams. We're extremely proud of our 70-year tradition of supporting individual rights, entrepreneurship, and liberty for all.

So few modern movies embody these values and even fewer still do so as well as Hidden Figures.

As a reviewer, I normally think of my job as providing people with the proper context and insight into a film’s qualities, both good and bad,  in order to let them decide whether or not it’s for them. I rarely make any kind of broad statements encouraging people to see any particular movie. This is an exception.

I highly recommend Hidden Figures to everyone, and especially to anyone with children who absolutely need to see characters like this and begin important life conversations about the relationship between individual freedom, value creation, and personal character.