Taylor embodies all the aspects of big government that Americans can’t stand. 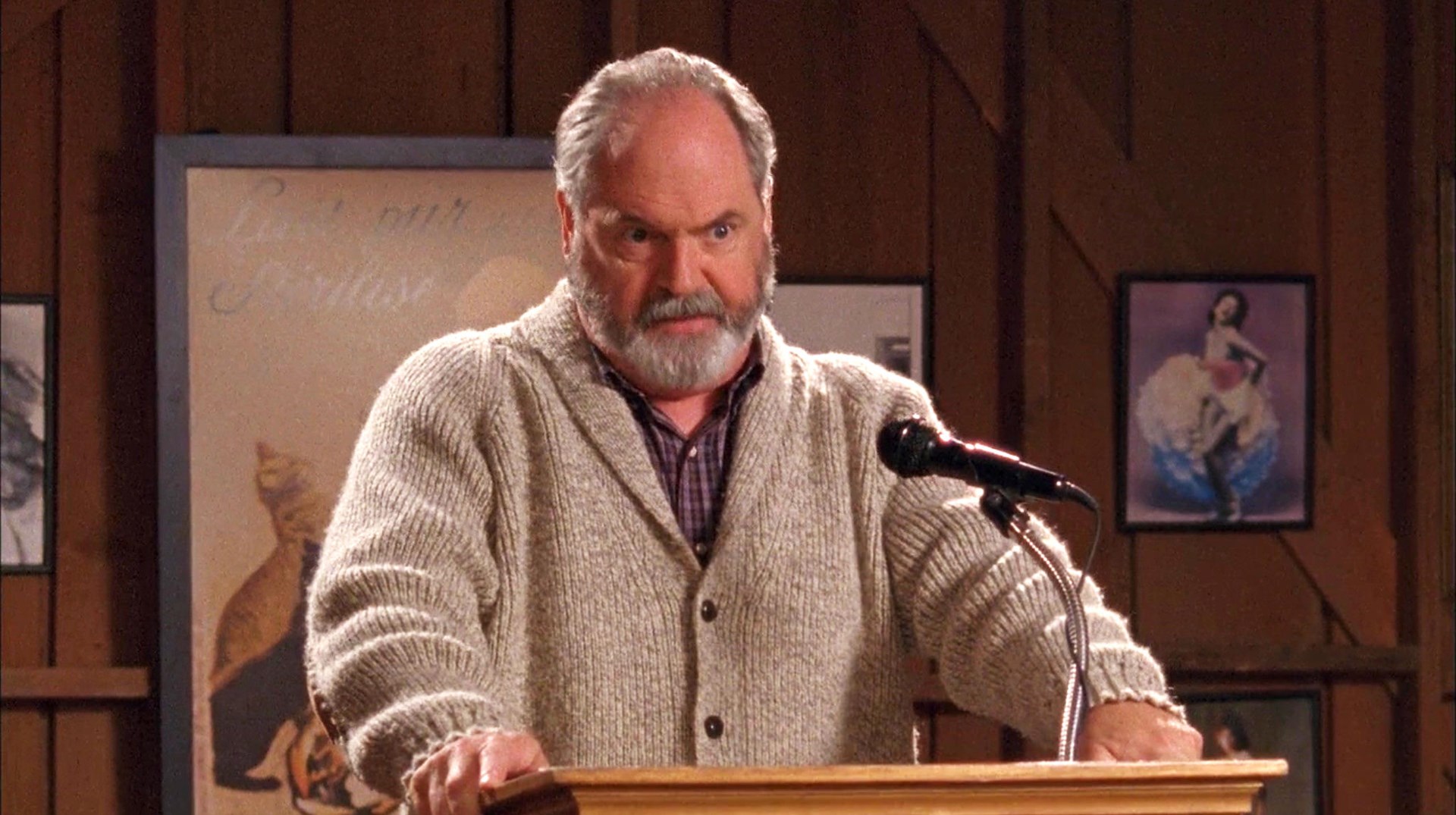 Fans of Gilmore Girls have been delighted to return to the tiny town of Stars Hollow for the Netflix reboot of the beloved television show. The small town’s collection of wacky and eccentric characters is one of the show’s strongest elements, and it is why viewers consider themselves honorary members of the fictional New England community.

However, while our love for the Stars Hollow residents is unconditional, there is one character who always manages to get under our skin. Stars Hollow Mayor Taylor Doose is the character viewers love to hate. This should come as no shock since Taylor embodies all the aspects of big government that Americans can’t stand.

As the self-appointed patriarch of the town, Taylor has complete and often unchecked control of Stars Hollow, something he loves exploiting whenever possible. When it comes to overregulation, Taylor’s enthusiasm for laws is unmatched by any other resident.

Another example of Taylor’s love of regulation is seen when viewers’ favorite fruit and vegetable expert, Jackson, constructs his own greenhouse, providing the town with access to fresh, quality produce. Since nothing happens in town without him knowing about it, Taylor steps in to play the role of zoning enforcer. In the town’s bylaws, all greenhouse structures are required to be built at least 10 feet away from the property line. However, Jackson’s greenhouse is only 9.5 feet away from his property line, so Taylor insists it be taken down. Of course, this results in a full-blown town squabble, but viewers expect no less from Stars Hollow.

When town favorites and main characters Luke and Lorelai begin dating, Taylor fears that this relationship will eventually end badly, resulting in a town civil war where residents are forced to choose sides. As an act of preemptive war, Taylor decides to put Luke and Lorelai’s relationship to a town vote.

In one of the last episodes of the original series, Luke and the rest of the town are preparing a huge surprise going-away party for the town sweetheart, Rory. Instead of offering to help, Taylor decides to enforce permit laws that have been largely ignored for years. However, when it comes to Rory’s farewell send-off, Taylor is adamant that Luke obtains all the appropriate government permits, including the one needed in order to have balloons present at the party.

In addition to running the town, Taylor also owns the town’s sole grocery store. When a farmer’s market opens up across the street from his store, Taylor’s produce sales begin to suffer. Pulling out all the stops, Taylor attempts to shut down the farmer’s market and increase sales in his own store.

However, Taylor’s love of cronyism doesn’t end there. When a second town troubadour hits Main Street, Taylor enacts his executive authority and declares that Stars Hollow will only allow one town troubadour, effectively controlling the entire troubadour sector, which actually happens to be a booming market in Stars Hollow. You might say Taylor put the first town troubadour occupational licensing laws on the books.

In another episode, Taylor decides to rename all the streets in Stars Hollow to their original colonial names. When Lorelei discovers that the Dragonfly Inn’s address is to be changed to “Sores and Boils Alley,” she begs Taylor for a reassignment. As usual, Taylor insists that the town’s historical integrity is in jeopardy if Lorelai insists on altering the name. However, he is willing to give into her wishes, if she agrees to support the local historical society, of which Taylor happens to be the head member. Some might call this an abuse of power, but for Taylor, this is business as usual.

Perhaps the most egregious example of Taylor’s cronyist mentality is when he threatens to abuse his local authority by using eminent domain to force Luke to turn over a piece of his property in order for Taylor to turn into a vintage soda shop. Taylor’s words speak for himself:

Taylor: I’m talking about eminent domain, my friend. Check the town’s bylaws. If a three-fourths majority finds it necessary to use the space for a specific function, the landowner must concede.

Luke: That’s for taking over houses to turn into hospitals during a national emergency like the Civil War. If you wanna turn this place into a Civil War hospital, be my guest!

Of all Taylor’s displays of affection for statism, his entire reason for being can be summed up in the following dialogue, which arises when Taylor decides he wants to regulate which awnings local store owners are allowed to use on historical buildings:

Taylor: Because, my friend, people are lazy. They don’t wanna think about the proper fabric for an awning or the correct historical color for a building. They just slap any old thing up on a wall and sleep like babies. But soon, hopefully, the city council will put an end to that.

Luke: You cannot tell people what color to paint their buildings!

Taylor: Well, someone has to.

Luke: No, they don’t. We don’t live in a fascist country.

Taylor: Oh, this isn’t about the fascists – who, by the way, had their faults, but their parks were spotless.