Profit is among our most upstanding citizens, a tireless do-gooder we will miss dearly if we’re foolish enough to run it out of town.

The court of public opinion is back in session. Profit is on the docket again. The prosecutors open their cases. 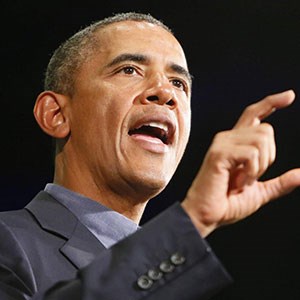 “We have some bills in the Senate that are calling for the taxing of the windfall profits of the big oil companies who are making out like bandits.” 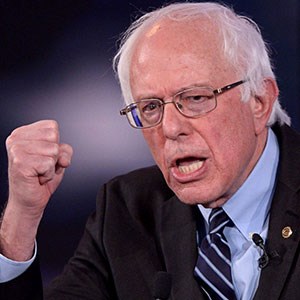 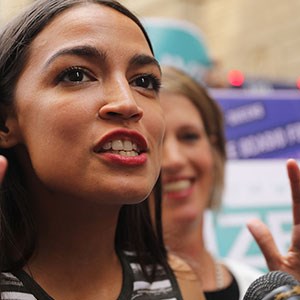 “News outlets deserve better than to be chopped up, stripped for profit, or promoting owner interests.” 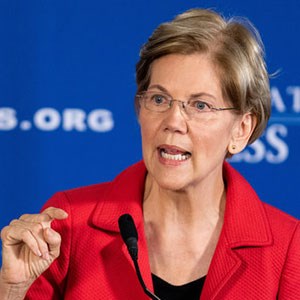 “I called out shady mortgage lenders who exploit veterans for profit.”

Four prosecutors, four different ideas about what profit is. Mr. Obama positions it somewhere between luck and plunder. Sen. Sanders sees it as a debt owed to Washington. Rep. Ocasio-Cortez suggests it’s like sterling newsprint spools—a hidden asset found within even a money-losing newspaper. Sen. Warren fashions it a type of sausage made of ground-up veterans.

The one thing these four agree on is that they’re against it.

Let’s set the record straight, starting with what profit means. You know the accountant’s definition: how much revenue you took in minus how much you paid in expenses. But if you dig beyond the accounting abstractions, what does it really mean in terms of people’s lives?

You own a restaurant. It consumes the physical resources of beef, onions, and labor. It creates physical meatloaf, table service, and ambiance. You can’t do arithmetic on onions or ambiance, so if that were the whole story, you couldn’t talk about a profit or a loss.

Profit requires another ingredient: a market where your customers vote on how much your meatloaf is worth in dollars and where your suppliers and employees likewise put a price on your inputs.

And because they do it in dollars, you can figure out which is bigger. At closing time, if you find yourself with more dollars than when you opened, you made the neighborhood better off. Or if you end with fewer, you cost the community net resources. They’re telling you they would have preferred to use the beef and those hours of labor to some other effect than your meatloaf.

So in terms of physical stuff, your profit isn’t plunder. It’s exactly the opposite: proof of the net good you did for other people.

Socialists since Marx’s day have been vexed by a paradox. Since the earth has finite resources and profits involve extraction, they reckon capitalism must collapse eventually. A handful of ultra-rich people will control the dwindling supply of stuff, markets will dissolve because no one else has anything to trade, and the masses will ultimately overthrow the elites.

Yet, 150 years later, the collapse is nowhere in sight. Instead, resources on the verge of running out prove oddly robust, and the freest markets seem to yield the most prosperous people in stubborn defiance of theory.

Profits reward the person delivering more value for others while consuming fewer resources. They reward conservation, not exploitation.

Seeing profit in terms of physical resources makes the reason clear. Profits reward the person delivering more value for others while consuming fewer resources. They reward conservation, not exploitation. The socialists are following the money flowing toward the capitalists and being misled because the useful value goes the other direction.

For example, if you looked only at the mountains of thank-you notes he inveigles from children and hoards in his offshore tax haven, you’d spot Santa Claus for a greedy exploiter with a heart of ice. Think of how much power that represents—how many favors he can call in. But if you zoom out to consider who got the physical stuff, the picture changes completely. The notes are what he received in return; the real story is what he did for the rest of us to earn them.

In a market economy, we’ve standardized reusable thank-you notes with pictures of Andrew Jackson or the queen, which help us fill in for Santa by trading favors with each other. But they also tempt us to fixate on the notes held by a few rather than the favors done for the many. Following only the money is an economic fallacy with a long pedigree and a name: mercantilism.

These programs are, unfortunately, insulated from profit and from its goateed alter-ego: loss. As useful as the profit motive is for encouraging entrepreneurship, the loss motive may be even more valuable. If your meatloaf is terrible, the market will nudge you with losses and eventually bankrupt you to stop you from further resource destruction. The Drug War would never work as a business model, but as a government program, it can keep ravaging society for decades.

A mechanism for shutting down bad ideas is a precious thing.

A market economy is a resource grid that runs on price signals. The integrity of those signals is never more critical than in a crisis when water or power generators are in short supply and lives are at stake. Victims need resources urgently, and they say so by bidding up prices, offering profits to anyone who helps.

Here we get another view of profit: a distress flare, broadcasting a signal on the grid to mobilize resources to where they’re most needed. This prompts locals to conserve—to consume only what they need and make the rest available to others. It gets the guy two states over to load the pickup truck with supplies and make the eight-hour drive into a disaster zone.

Unfortunately, these are exactly the moments when profit’s critics get most vocal and most deadly. They don’t applaud the people stepping up to help but instead denounce them as “price gougers.” Or worse, they threaten them with prison sentences, as California Attorney General Xavier Becerra recently did in response to the state’s wildfires.

Human misery is everywhere to one degree or another. If you don’t deserve a profit for alleviating the worst of it, when do you?

“Profiting off human misery” is a familiar yet bizarre charge. Human misery is everywhere to one degree or another. If you don’t deserve a profit for alleviating the worst of it, when do you?

The profit motive is the best mechanism we have for getting resources to the right places. It doesn’t preclude alternatives like charity, but it works when they fail. If FEMA or Good Samaritans were meeting the victims’ needs, or if they could run electric generators on the attorney general’s sanctimony, prices would have already dropped. It’s difficult to find words harsh enough for someone who “helps” disaster victims by taking away their flare gun.

Say It Loud: Not Guilty

The market is an important machine. Lives depend on it. Profit is both integral to its function and a civic good in its own right. Yet few defendants are as misunderstood or as unfairly maligned for society’s problems.

Don’t let them go unchallenged; the truth is the opposite of what they’re telling you. Profit is among our most upstanding citizens, a tireless do-gooder we will miss dearly if we’re foolish enough to run it out of town.